Who are the most famous celebrities with a stoma bag?

A stoma bag is a type of specialized medical equipment that is worn over a stoma, which is an opening in the body that leads to the intestines.

The most common type of stoma is a colostomy, which is an opening in the colon.

The stoma bag is typically made of a soft, flexible material that is comfortable to wear and can be easily emptied or changed as needed.

Stoma bags are typically worn by people who have had surgery to remove part of their intestine or rectum, or who have an intestinal disease that prevents them from being able to expel waste normally.

Celebrities with a stoma bag:

She was a popular American singer who performed at the White House for Bill and Hillary Clinton.

LaMott had an ileostomy in 1993. An ileostomy is an opening in the abdominal wall that is made during surgery. She suffered from Crohn’s disease and was diagnosed with uterine cancer in March 1995.

She passed away on December 13, 1995, at St. Luke’s–Roosevelt Hospital Center in Manhattan.

Ann Sothern was an American actress who enjoyed a successful career in film, television, and theater. Sothern has two stars on the Hollywood Walk of Fame.

She had a fractured lumbar vertebra after an accident and suffered from depression. Ann Sothern also had an ostomy.

She passed away due to heart failure at the age of 92. 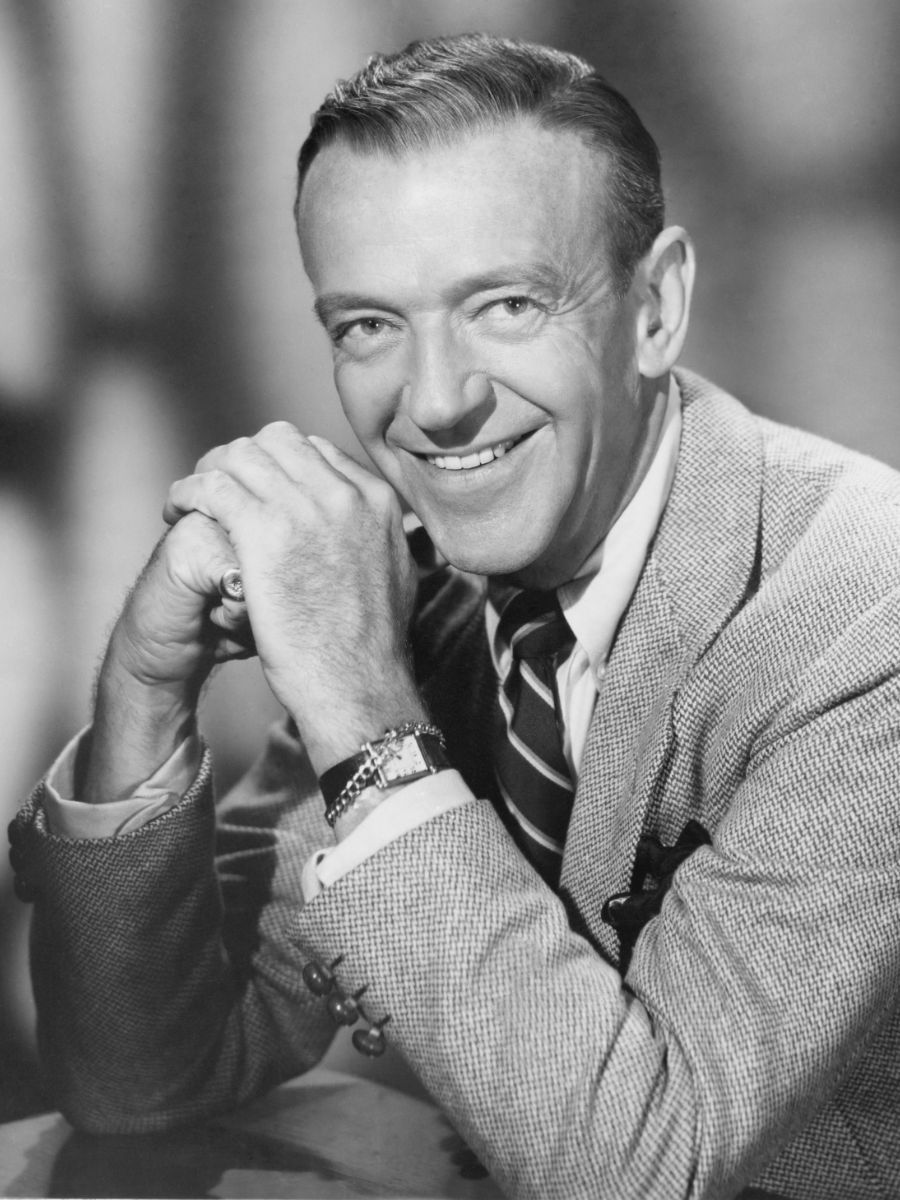 Fred Astaire was one of the most influential dancers of the 20th century — he may have made dancing look easy.

He is best known for his appearances in musical films such as Swing Time and Top Hat.

According to reports, Fred Astaire had an ostomy.

She was an American authority on etiquette who served as the social secretary to First Lady Jackie Kennedy.

Baldrige also served as an adviser to companies and organizations on matters of protocol and etiquette.

Letitia Baldrige lived with an ostomy. 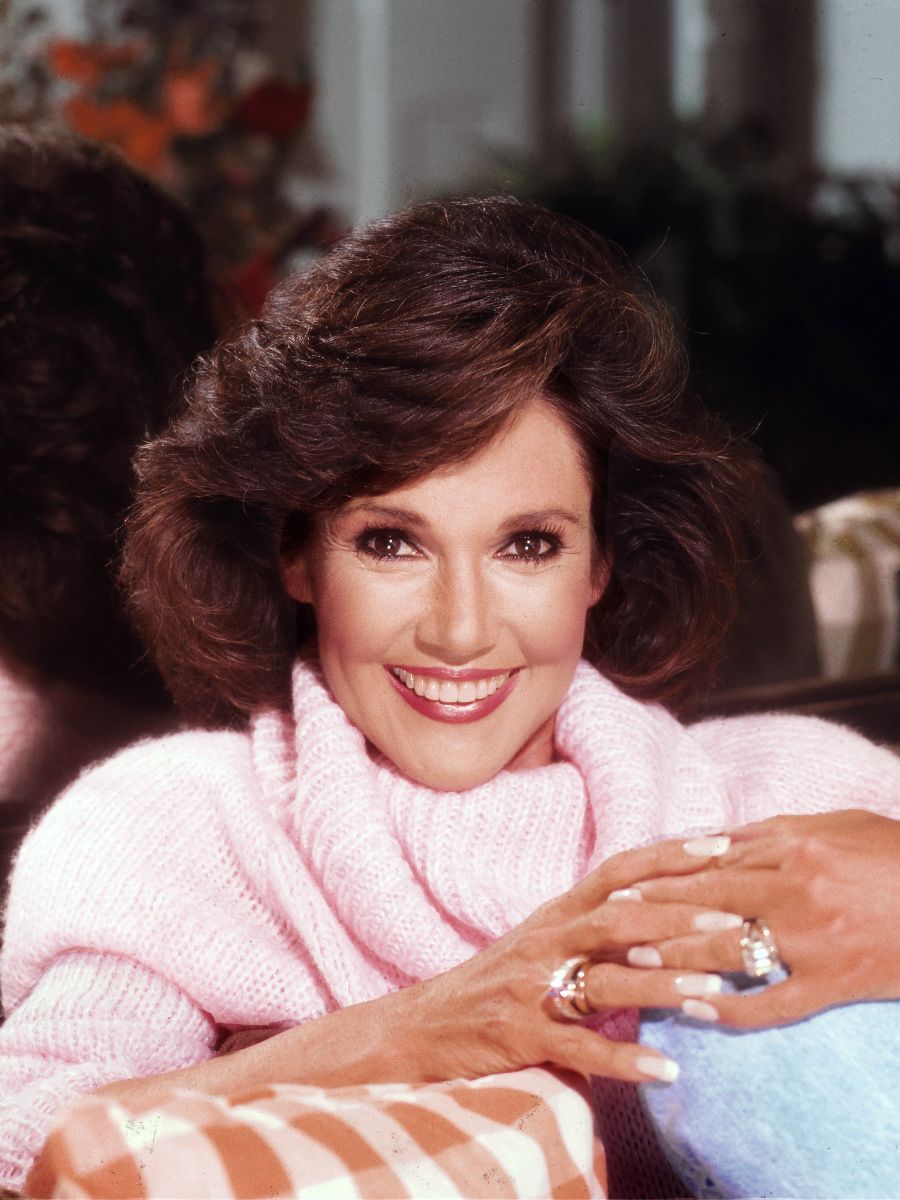 She was an American actress, model, and television personality.

Mobley began her career as a model, and she was soon crowned Miss USA 1959.

In 1960, Mary Ann made her first television appearance on “Be Our Guest.”

In 1965, she won the Golden Globe Award for New Star of the Year – Actress.

Mary Ann Mobley had an ostomy and Crohn’s disease–a type of inflammatory bowel disease that causes the digestive tract to become swollen and irritated. 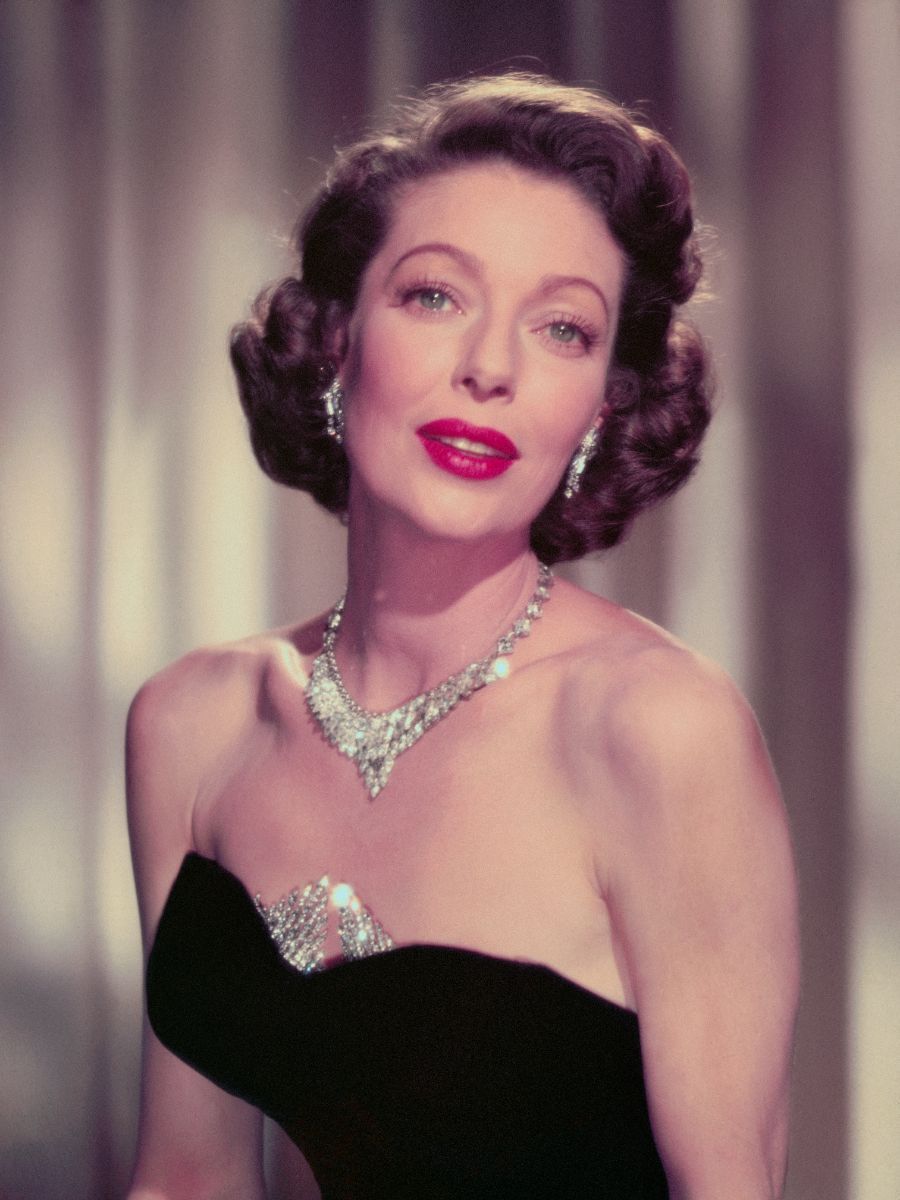 Loretta Young was an American actress who had a successful career in film and television.

She began her career as a child actress and appeared in a number of films during the 30s and 40s.

In 1947, she won an Academy Award for her performance in the film “The Farmer’s Daughter” and the Women in Film Crystal Award in 1988.

Loretta Young also had an ostomy. 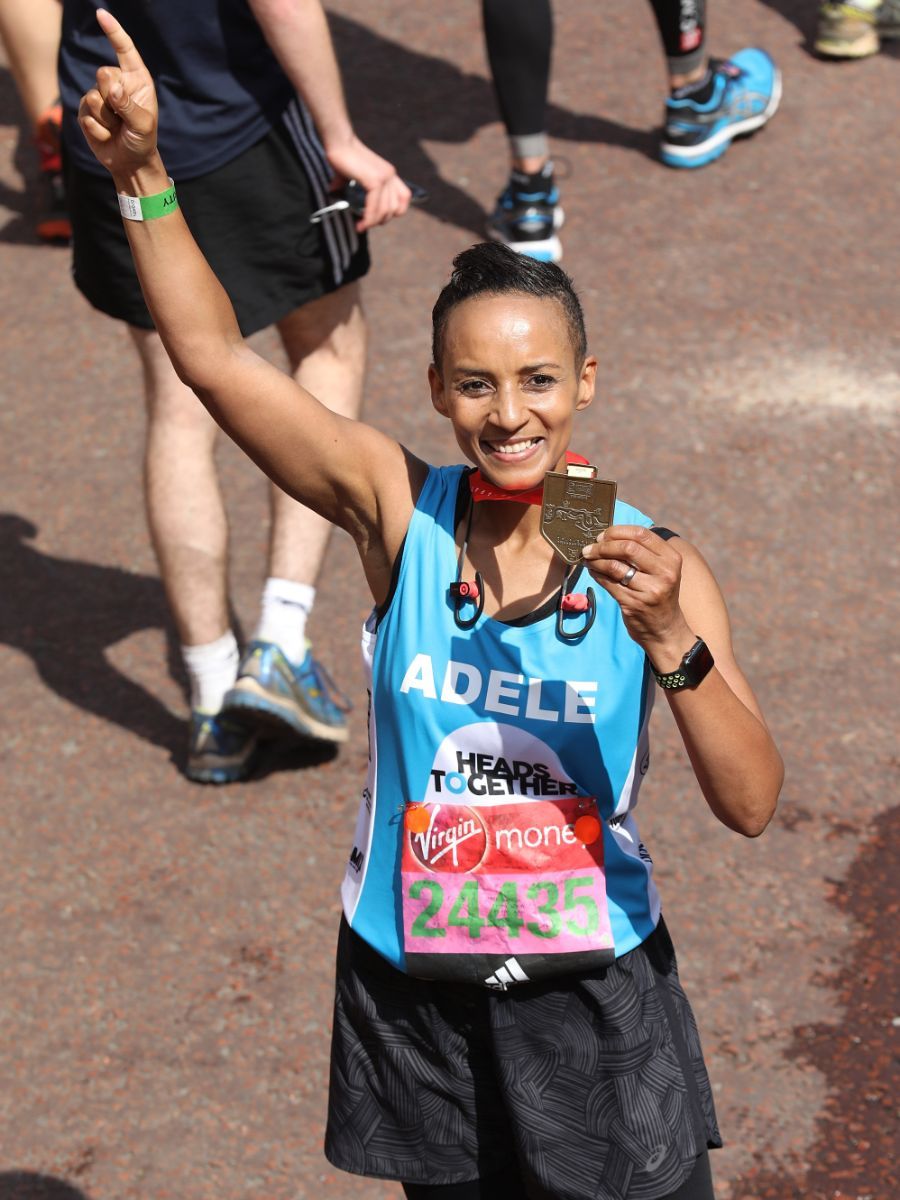 Roberts is a British broadcaster who gained fame in Channel 4’s Big Brother series in 2002.

Adele Roberts had a stoma bag after she underwent surgery to remove a tumor.

She named her stoma Audrey.

“I’m recovering, and this little stoma bag helped save my life,” Adele wrote on her Instagram in October 2021. 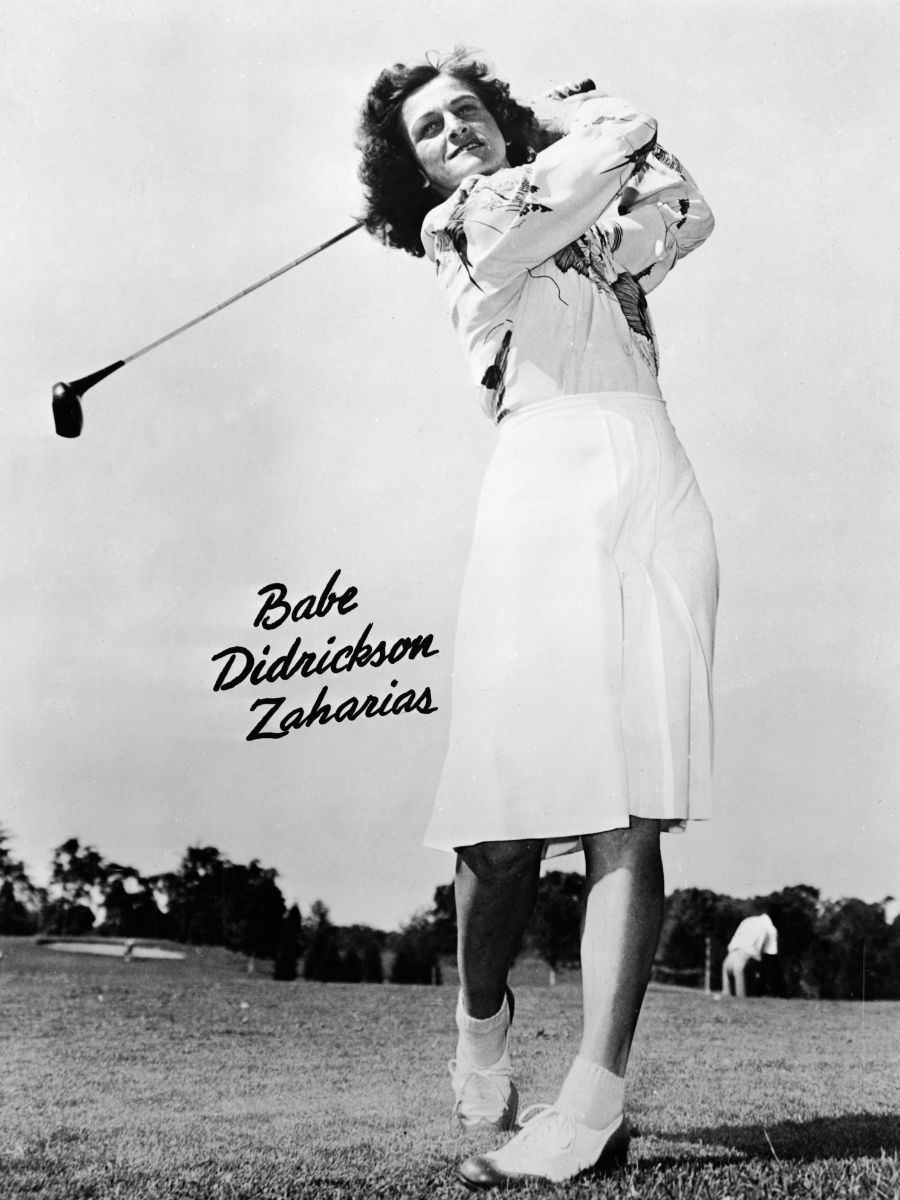 Zaharias was an American athlete who won two gold medals at the 1932 Summer Olympics. She started playing golf in 1933. During her golf career, she won 10 LPGA major championships. In total, she won a total of 82 tournaments.

In 1953, she was diagnosed with colon cancer and had a colostomy bag placed. Zaharias won the U.S. Women’s Open by 12 strokes while wearing a colostomy bag.

She was inducted into the National Women’s Hall of Fame in 1976. 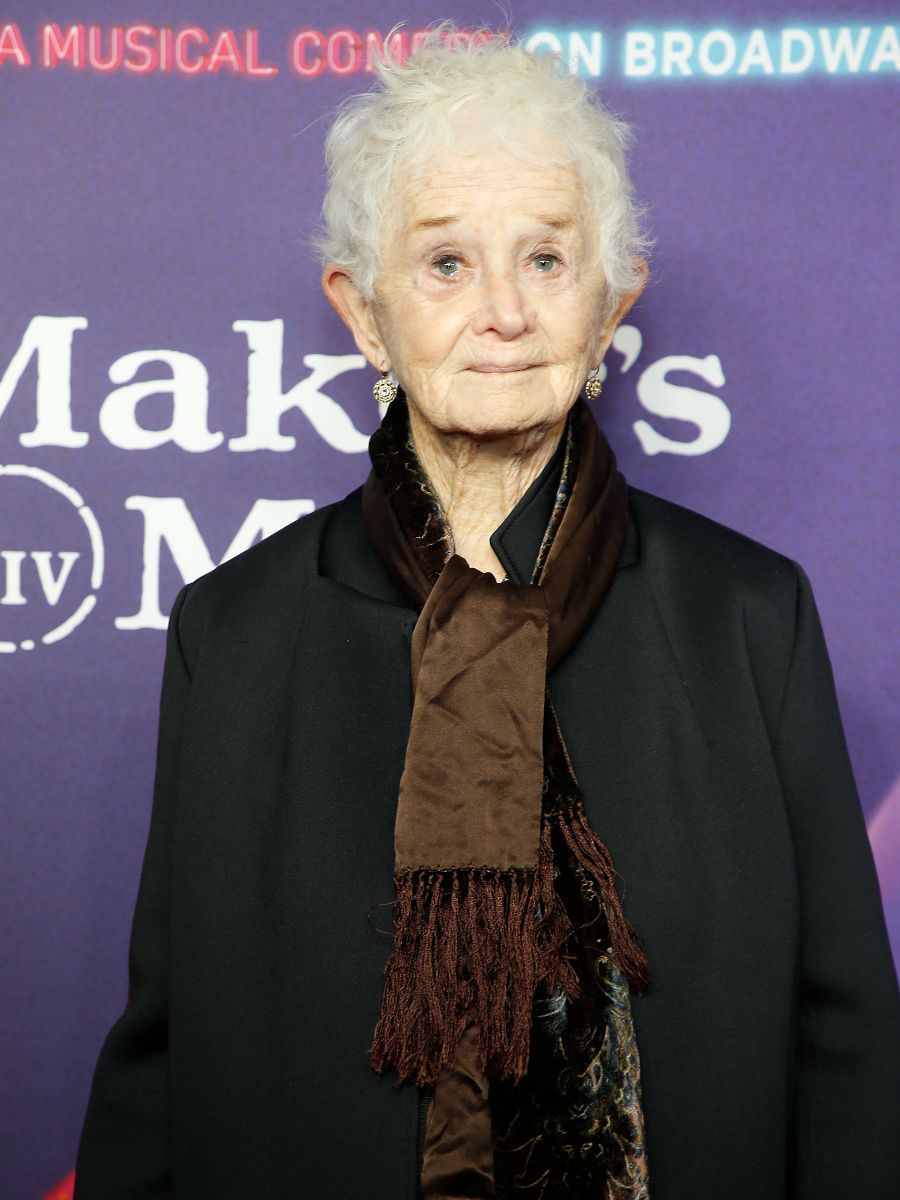 Barrie is an American actress known for portraying Evelyn Stohler in Breaking Away. She also performed as Aunt Margo in 15 episodes of Double Trouble, Ellen Hobbes in Tucker’s Witch, Elizabeth Miller in 37 episodes of the TV series Barney Miller, Celeste in The Magnificent Meyersons, Norma Brodnik in Diana, and Helen ‘Nana’ Keane in 93 episodes of Suddenly Susan.

At some point, Barrie was diagnosed with rectal cancer and had a colostomy in 1994.

In 1997, Barbara published a book called “Second Act: Life After Colostomy,” during which Barrie describes her life after a colostomy. 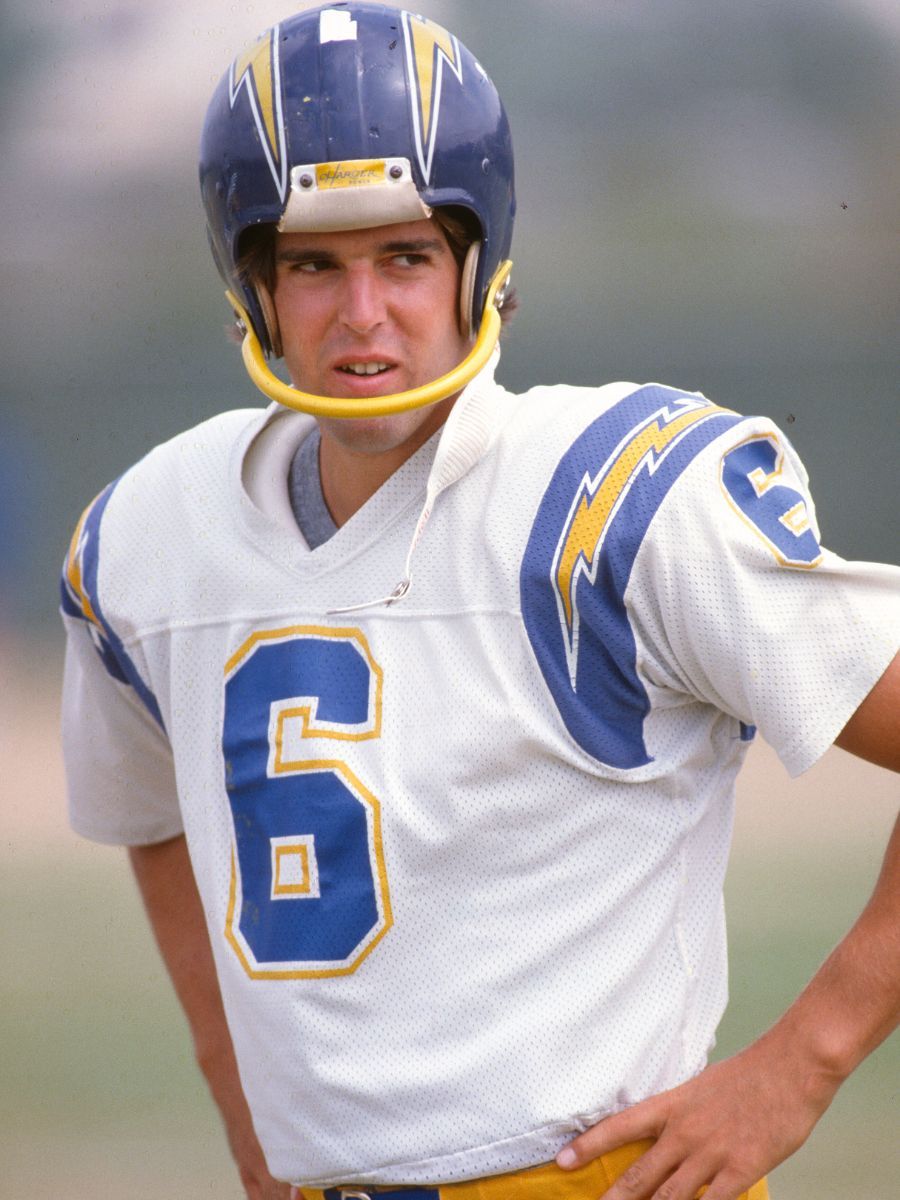 Benirschke is a former American football placekicker and broadcaster. He played in the National Football League (NFL) for the San Diego Chargers from 1977 to 1986.

He later had a successful career as a television sports commentator. In 1997, he was inducted into the Chargers Hall of Fame.

During his NFL career, Benirschke underwent ostomy surgery for ulcerative colitis. “I woke up from that surgery 65 pounds below my playing weight with two colostomy bags on my side,” he said.

“I was the first professional athlete to wear an ostomy appliance while playing,” Benirschke revealed in another interview.

In 1996, he published his autobiography, “Alive and Kicking.” In the book, Rolf detailed his experience with ulcerative colitis and the four surgeries which saved his life. 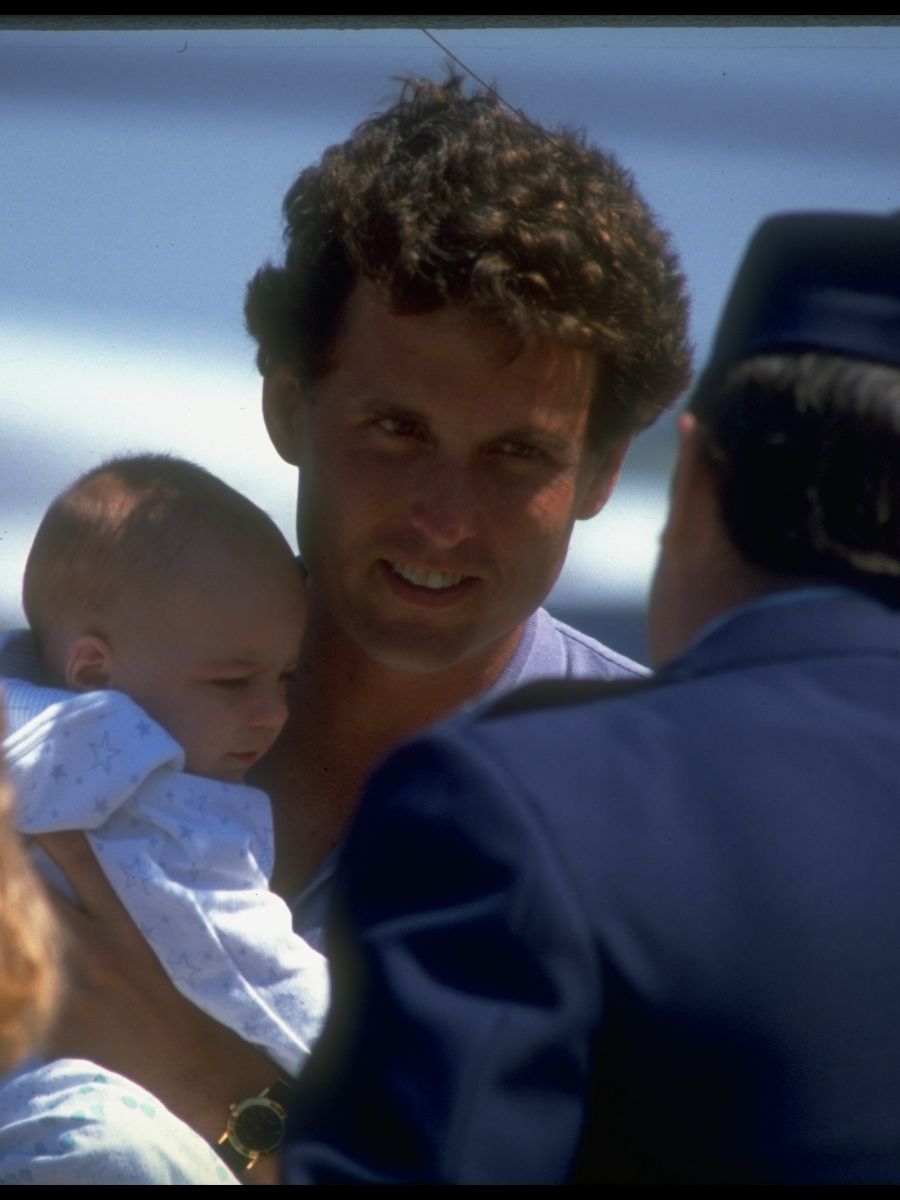 Marvin Bush was born in 1956 in Midland, Texas, as the second child of Barbara Bush and George H. W. Bush.

He worked as director of HCC Insurance Holdings.

In 1985, Marvin was diagnosed with ulcerative colitis, an inflammatory bowel disease known for its inflammation of the colon and rectum. Later, Bush had an operation to remove part of his colon. 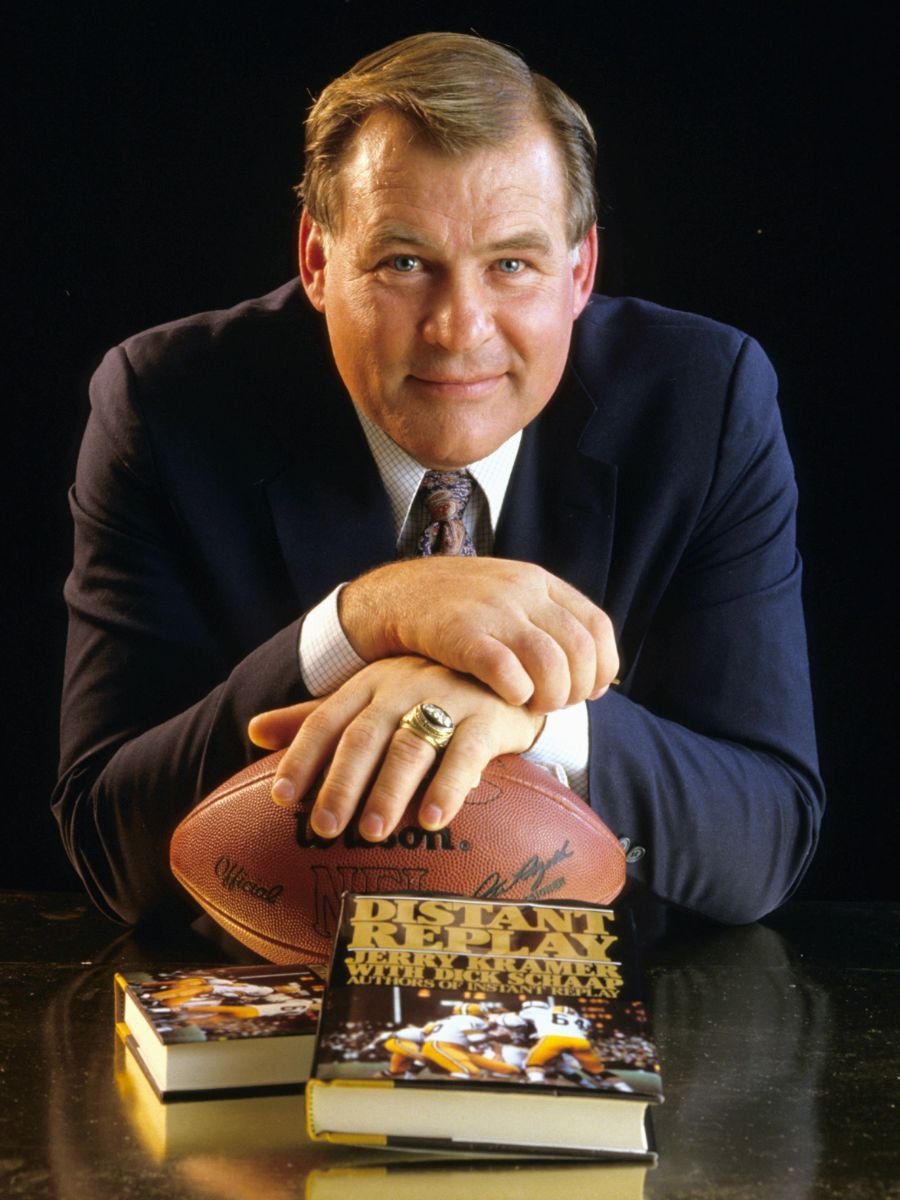 Kramer is a former professional American football player who played for Green Bay Packers from 1958 to 1968.

During his career, Kamer had surgery due to a perforated intestine. After the procedure, Kramer had a colostomy bag while his intestines healed. He described the colostomy as “a horror movie that hasn’t been made yet.”

“I played two games in 1964, and I had nine intestinal operations that year,” Jerry said for Bleacher Report in February 2013. In total, Kramer had 22 surgeries in 11 seasons.

ALSO READ: Who are the most famous celebrities with facial scars? 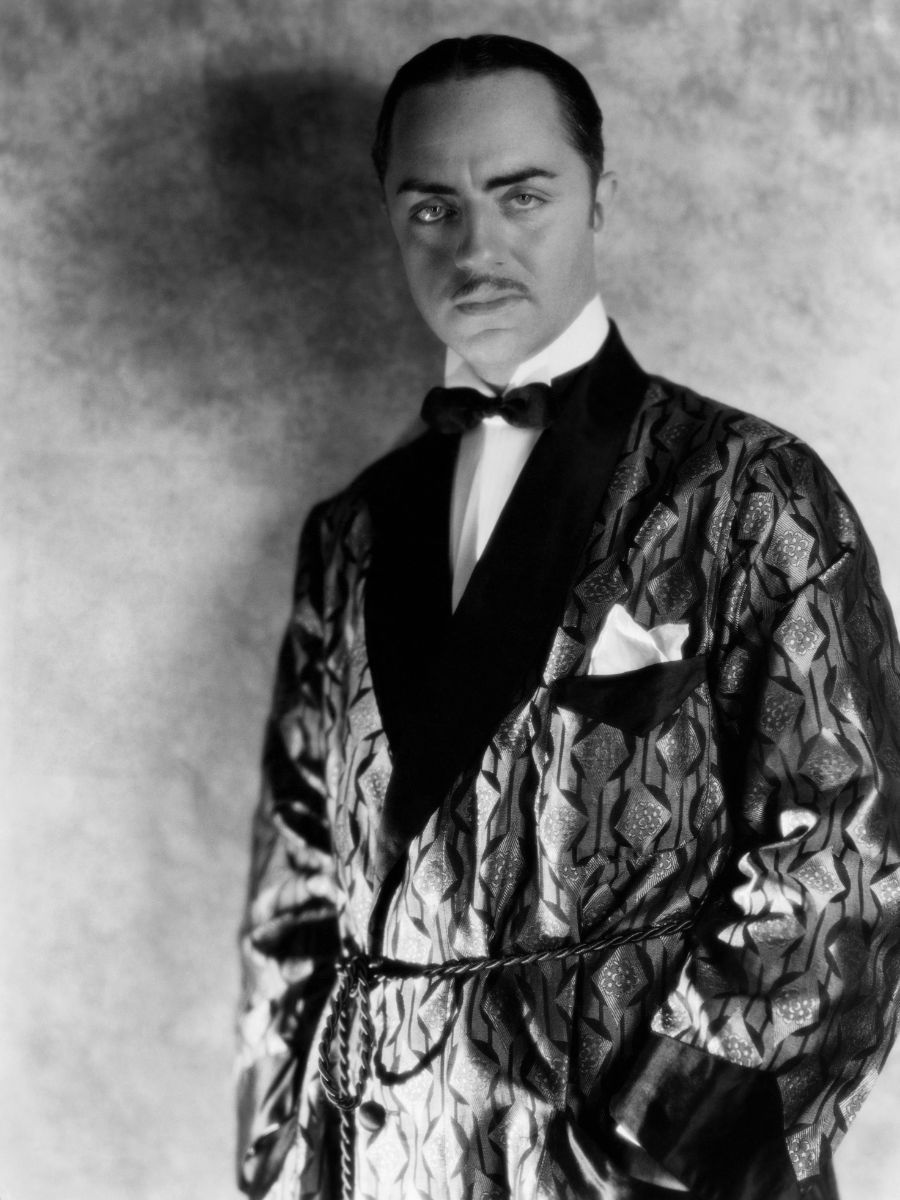 Powell was an American actor who achieved great success for his roles in The Thin Man film series.

William Powell also had an ostomy. He was diagnosed with rectal cancer in March 1938. 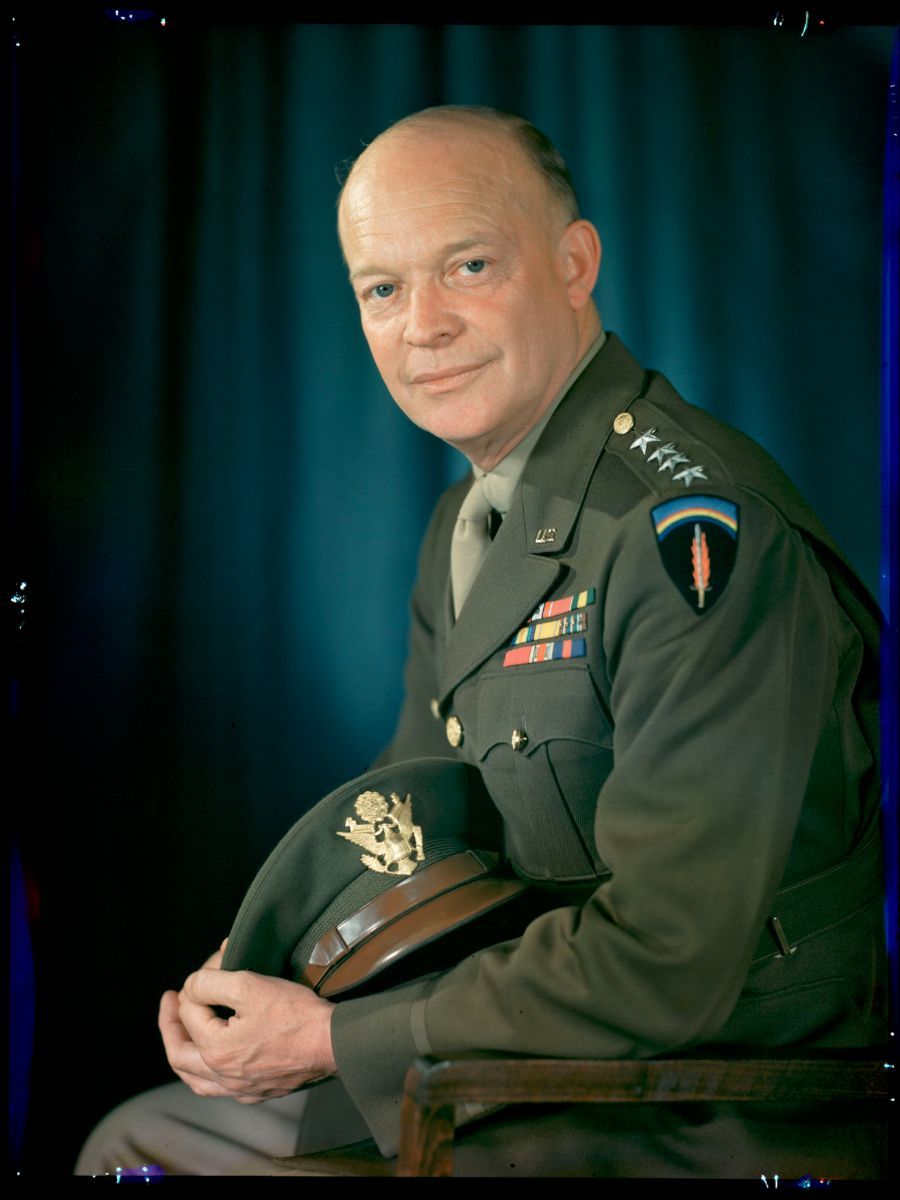 Dwight D. Eisenhower was an American general and politician who served as the 34th President of the United States from 1953 to 1961.

On June 9, 1956, Eisenhower underwent surgery to treat a small bowel obstruction. He was previously diagnosed with Crohn’s disease. 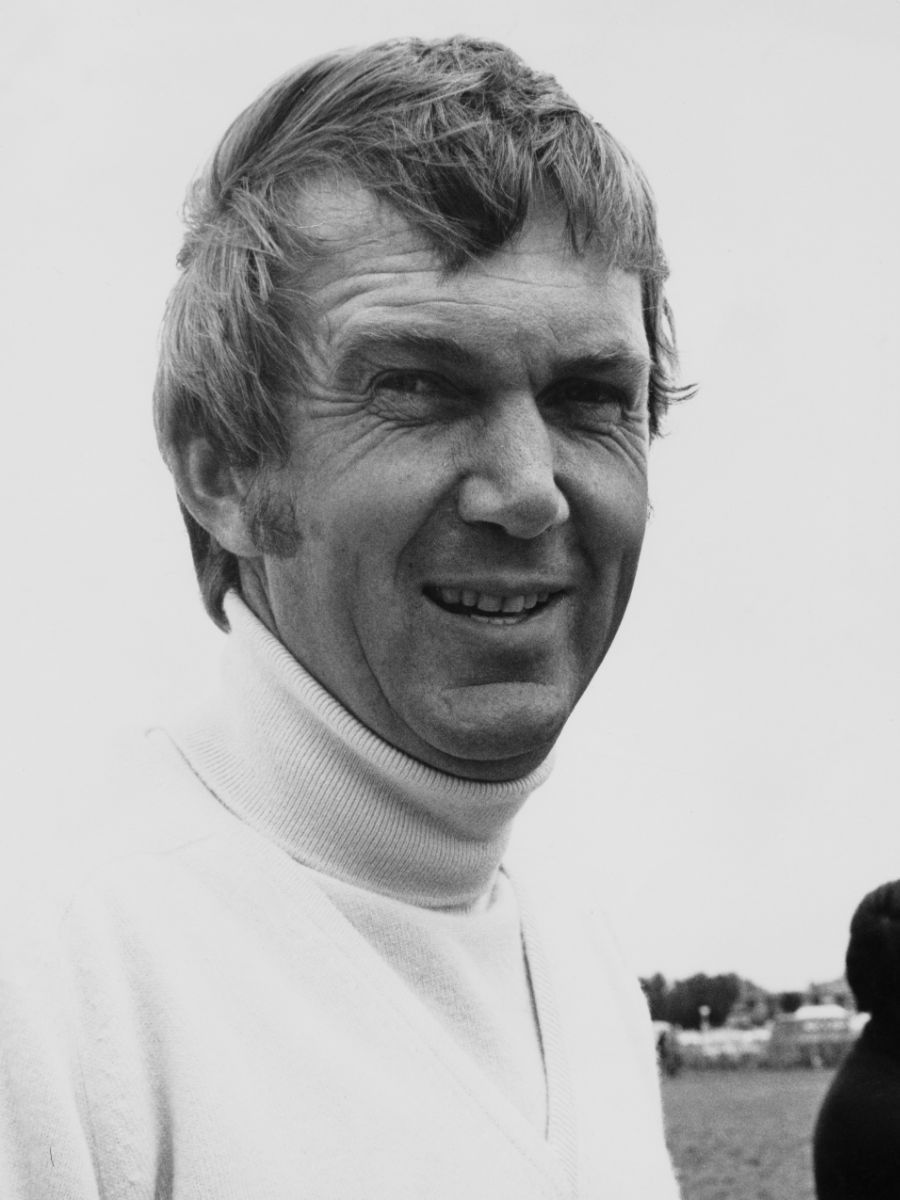 Geiberger is a former professional golfer who is the first man to shoot a 59 on the PGA Tour.

During a tournament, Geiberger had an emergency operation for a perforated colon.