If you’re not sure which condom would suit you and your partner best, here’s a detailed guide on the pros and cons of both the Trojan BareSkin and the Ultra Thin condoms.

Trojan is America’s number one most trusted condom brand. Established in 1916, they have provided reliable condoms and excellent protection for over a century.

Now for the less sexy stuff.

Not only is wearing a condom an effective form of contraception, but it also protects you from Sexually Transmitted Infections (STIs).

No other contraception can offer the same level of protection.

When used correctly, condoms have a 98% success rate in providing protection against unwanted pregnancy and STI’s.

That’s good news, because, without contraception, a sexually active woman aged between 13 to 19 has a 90% chance of getting pregnant.

Plus, a whopping 80% of women who have unprotected sex during the second or third week of their menstrual cycle will become pregnant. Condoms have never looked (and felt) so good.

When it comes to condoms, there is no one-size-fits-all.

Getting the right size condom will not only help improve your sexual experience for both you and your partner, but it will also reduce the chance of breaking or slipping off.

The right condom should fit like a glove and feel secure and comfortable.

If the condom feels loose, tight, or uncomfortable, it’s most likely you’re using the wrong size.

The easiest way to find the perfect fitting condom is to grab an empty toilet roll and slide it onto your erect penis.

With this knowledge, you should feel confident about what size you are for when you next go shopping for condoms. 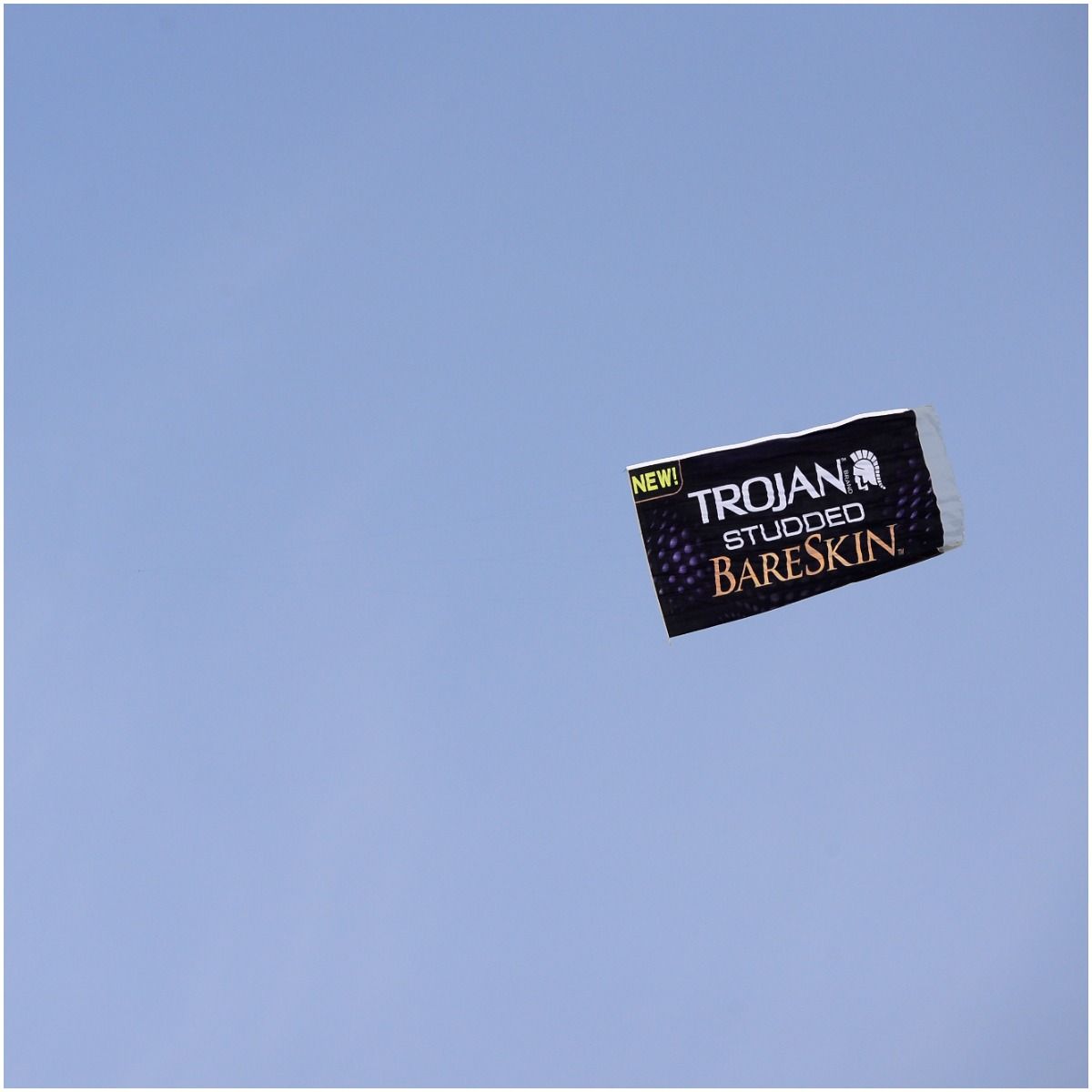 If you prefer a condom that is super thin and feels natural, then the Trojan Bareskin or the Ultra Thin might be the right condom for you. But what’s the difference and which one will suit you best?

First thing’s first: safety. All extra thin condoms must adhere to a strict FDA inspection process, which happens before they’re even allowed to hit the market.

This is why Trojan will triple-test their condoms, so they don’t fail the inspection. You can be rest assured that these condoms have been rigorously tested to ensure they’re up for the task and won’t break.

The BareSkin, as the name implies, is thinner than the Ultra Thin condom. In fact, it’s Trojan’s thinnest latex condom yet.

It was specifically designed to offer an intimate sensation and get you closer to your partner. Thanks to its thin layer and silky-smooth surface, the BareSkin is as near to natural as it gets.

Made in Japan, which is renowned for its thin condoms and manufacturing excellence, the BareSkin is 40% thinner than the standard condom. It has a classic shape with a special reservoir tip at the end for added safety.

The BareSkin is made from high-quality latex that’s lubricated for an orgasmic feeling but prides itself on a low latex smell.

READ MORE: Sprite vs 7UP For Upset Stomach

To avoid breakage with such a thin condom, Trojan uses the highest quality latex and undergoes a rigorous testing process. This makes the BareSkin slightly more expensive than the Ultra Thin.

Customers have also noticed that whilst the BareSkin condom provides an excellent sensation for both the man and woman, more lube is required than the Ultra Thin.

It might not feel as durable as the Ultra Thin, as it’s not as thick, therefore if you have a large girth or prefer more athletic sex, the Ultra Thin might be better.

Trojan customers have rated the BareSkin condom overall as: 3.3/ 5

The Ultra Thin condoms are thinner than the standard Trojan latex condom but not as thin as the BareSkin.

They have been designed for those who prefer a more natural feeling during sex but also like a thicker condom for more durability.

As expected of Trojan, they are made of premium quality latex with added lubrication, so the condom gives a natural feeling and maximises sensitivity. It’s classically shaped with the same special reservoir tip for extra safety to prevent spillage.

With a slightly thicker latex than the BareSkin, the Ultra Thin is more durable and ready for more athletic sex. But no matter what type of penetration you’re in the mood for, the Ultra Thin condom will heighten your pleasure whilst giving you maximum protection.

As mentioned, the Ultra Thin isn’t as thin as the BareSkin, so it doesn’t offer the same intimate sensation of near-nude penetration. However, it’s still thinner than standard condoms.

Because of its unique latex materials and thin formula, the Ultra Thin is still less durable than thicker condoms, and additional lube is required.

Trojan customers have rated the Ultra Thin condom overall as: 3.7/5

Whichever thin condom you choose, do not forget to use lube!

One of the world’s most underestimated must-haves for sex is lubrication. Without it, you’re more likely to break your condom.

During sex, you will be creating friction that requires lubrication. If you don’t have enough lubrication, the friction and heat will increase, leading to a condom most likely breaking.

Oil-based lubricants, such as baby oil, Vaseline, or moisturizer, can actually damage latex condoms. It’s best to use water-based or silicone-based lubricant, which is safe to use with all condoms.

If you’re still undecided about which condom is best for you, you can always head to the Trojan website, where there are thousands of customer reviews sharing their experience and top tips.