An enema is a way to flush waste out of the colon and involves introducing a liquid solution into the colon via the rectum or anus.

The colon is an important part of the digestive system and is responsible for absorbing nutrients and water from our food intake before releasing it into the bloodstream.

Furthermore, the colon is responsible for collecting and removing waste and toxins from the body.

Enemas are typically recommended by healthcare professionals as the last resort for constipation after high-fiber food and laxatives have already failed to provide relief.

In addition, enemas may be recommended prior to a colonoscopy or other medical examination.

Important note – if your child is under two years old, do not give them an enema.

Even the Dead Sea Scrolls (ancient manuscripts found in the Qumran Caves near the Dead Sea) outline the importance of daily enemas for physical and mental wellbeing.

In the 1700s, enemas were a common practice in France and were considered indispensable for good health.

During that time, the process was performed using a “clyster syringe.” In the 19th century, they were replaced with enema bags.

Regular use of enemas can reshape the large intestine, allowing the waste to move more efficiently.

It Can Help Get Rid of Parasites

Flukes, worms, and parasites can cause all sorts of problems in the human body (such as – abdominal pain, diarrhea, gas, and bloating) and generally find their final dwelling place in the large intestine.

An apple cider vinegar enema can help to remove these parasites from the body, helping your large intestine to work in the way it is intended.

The toxins that accumulate in the body through drink, food, air, and skin are processed by the gastrointestinal system and the liver.

If these toxins are not eliminated from your body, they stagnate and can lead to cysts, polyps, and cancer in the large intestine.

ACV enemas can also help to remove dead cancer cells from the large intestine to help you feel better.

Apple cider vinegar is a good choice to help the body heal naturally from Candida overgrowth, especially due to its antifungal and antibacterial properties.

Candida is a type of yeast infection that can be found in the vagina, mouth, or rectum.

Note – Candida is usually not life-threatening, however, if left untreated, it can reach the bloodstream. 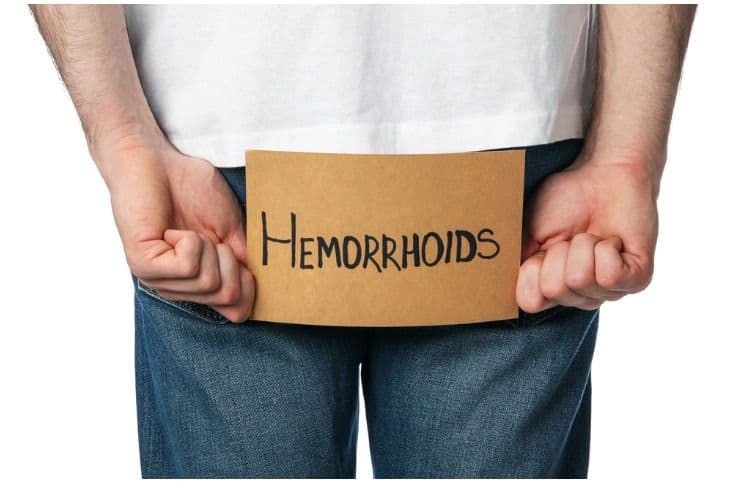 Apple cider vinegar enema is an effective natural remedy for hemorrhoids due to the fact that it helps relieve constipation and serves as a bowel stimulant.

Preparation Of The ACV Enema

You need 3 cups of filtered water. Add 3 tbs of apple cider vinegar to the water and stir.

To perform an ACV enema at home, you need to purchase an enema kit along with organic apple cider vinegar. Enema kits can be found in certain health drug stores as well as online.

Lie down on your left side, pull your knees up, and insert the nozzle enema hose 5 inches into the colon, being careful not to injure the colon tissues or wall.

Hold the enema bag slightly above you and release the clamp.

If the solution doesn’t flow immediately, you may need to hold the enema higher in the air, or you can squeeze the bag.

Remove the nozzle from the rectum.

You will probably feel the urge to use the bathroom immediately. Move carefully to the toilet.

If you plan to administer an enema at home, make sure that all of the equipment you are using has been properly sterilized and that you have a lubricant on hand.

Enema benefits are incredible, but going overboard can put your health at risk. For instance, by doing enemas too often, your body could become too dependent on it to have a bowel movement.

After each use, clean the enema bag with soap and hot water. Rinse with hydrogen peroxide and hang to dry.

Since everyone has different body chemistry and may pass bacteria or an infection to another user, it is recommended to not share enema bags with a family member, partner, or housemate.

You should drink plenty of water or fluids afterward to help prevent dehydration.

Side Effects Of An Apple Cider Vinegar Enema 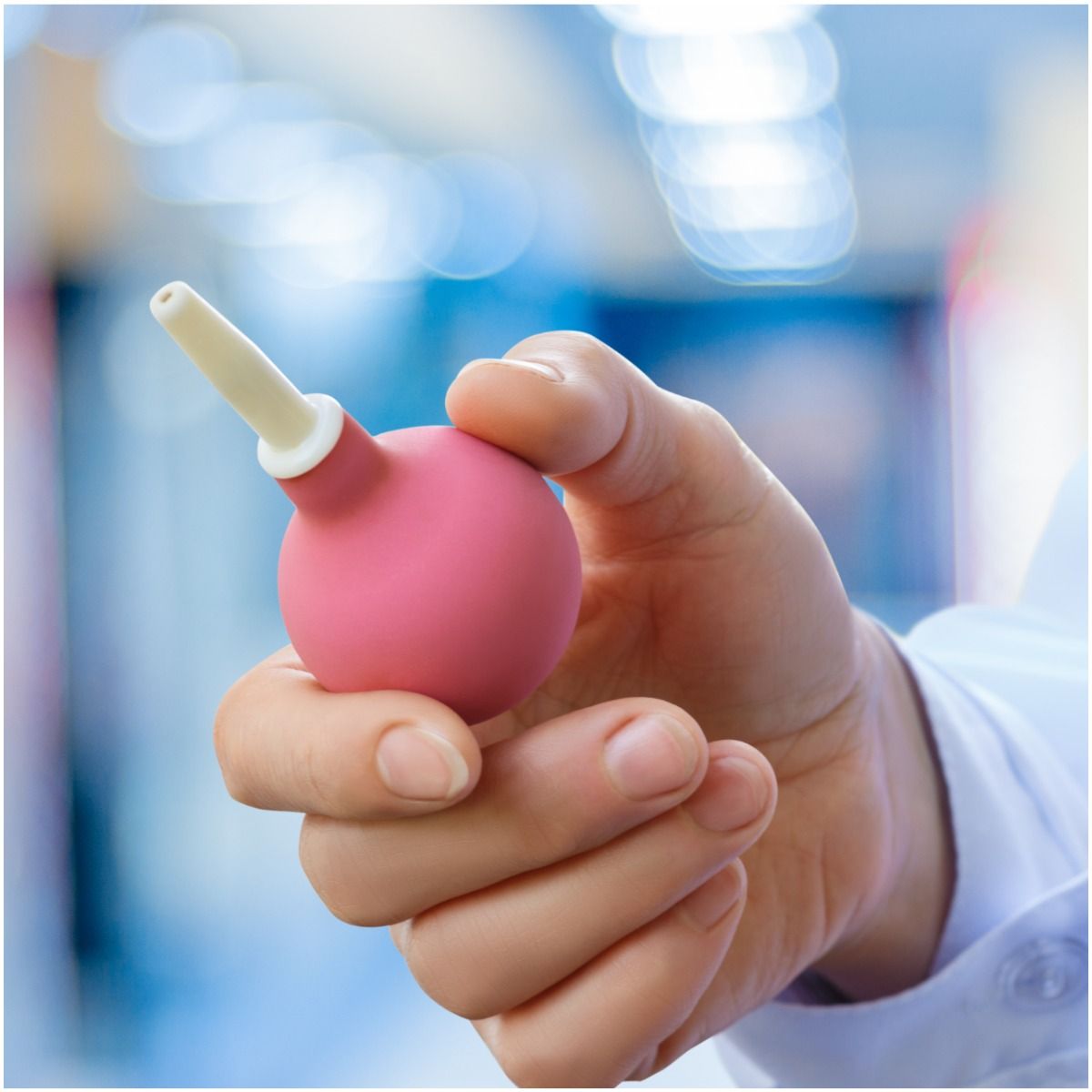 Even though they prove to be beneficial, ACV enemas also have some side effects, including:

If you have experienced hemorrhoids in the past, you might find inserting the nozzle painful during the procedure.

The “washing” out of the intestine and rectum can interfere in a negative way with your body’s normal absorption of fluids and nutrients, possibly leading to chemical imbalances.

Additionally, avoid enemas if you are pregnant due to the intensive detoxification they cause.

Lastly, enemas can lead to dehydration or more severe conditions if they are not used correctly.

READ THIS NEXT: E282 (Calcium Propionate) in Food – Side Effects