Sports drinks are everywhere these days, and consumption is continuing to increase among athletes, but also in children.

However, much of that consumption appears to have its origins in social settings rather than during or after a physical exercise session, the actual health benefits of consuming these beverages have been called into question.

Here is a comparison of two of the top name-brand sports drinks:

This sports drink is produced and marketed by The Coca-Cola Company – the world’s largest beverage company, with approximately 500 sparkling and still brands.

Powerade was first introduced in the year 1988, as a competition for Gatorade (a brand of the Pepsi Company).

It contains water, vitamins, potassium, and sodium, plus, it is designed to promote energy and increase metabolism.

The Coca-Cola Company launched ”POWERADE ION4” in October 2015, the next generation of isotonic sports drinks. 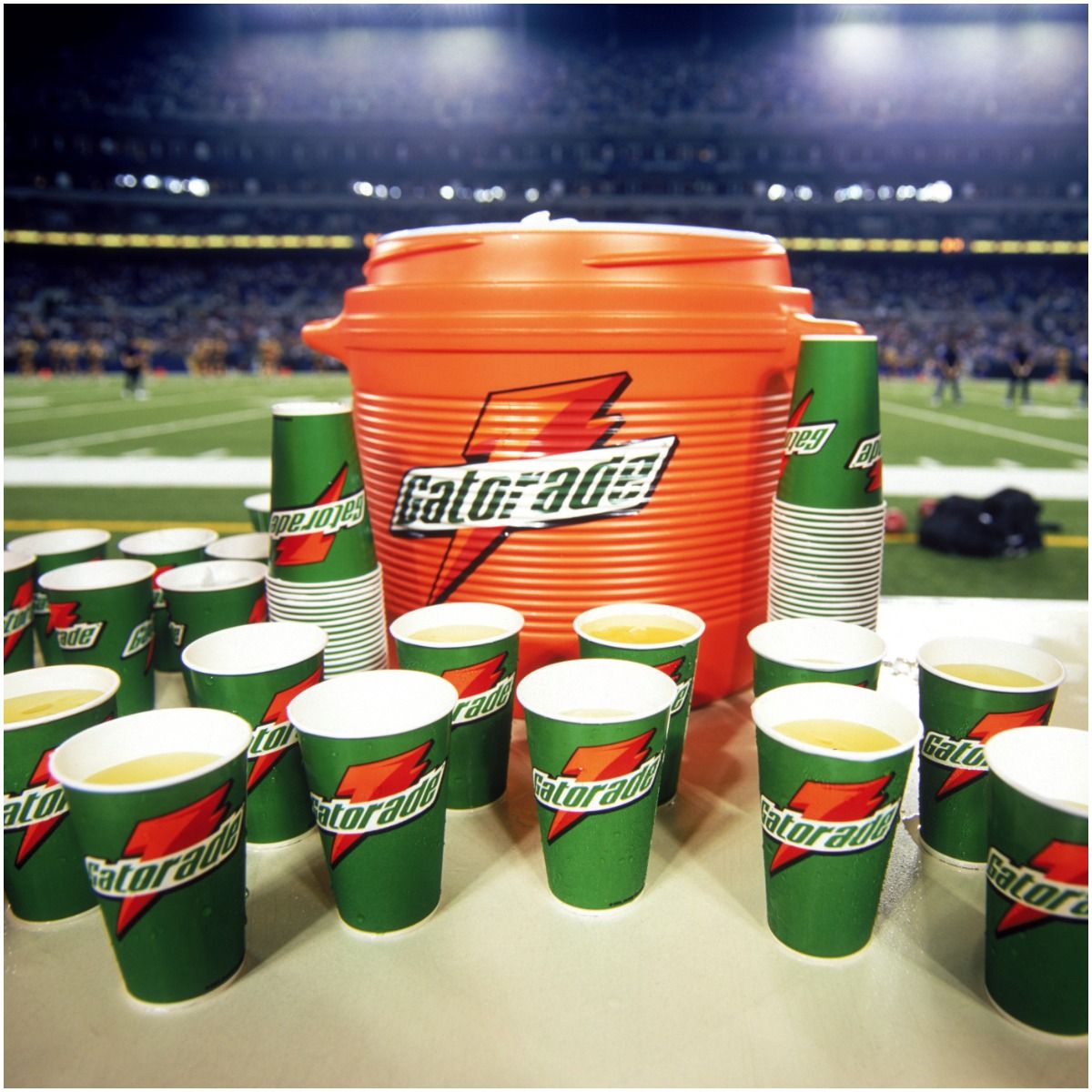 It was originally released in 1965 (20 years before Powerade), by a group of researchers at the University of Florida headed by Dr. Robert Cade, and claims to provide the perfected formulated drink. It was tested by the Florida Gators Football team.

This brand is the current industry leader in the sports drinks sector and has catchy slogans, such as – “Is it in you?.”

According to market research firm Nielsen, retail sales of ”G Organic” have totaled around $20 million since the product’s launch in summer 2016. 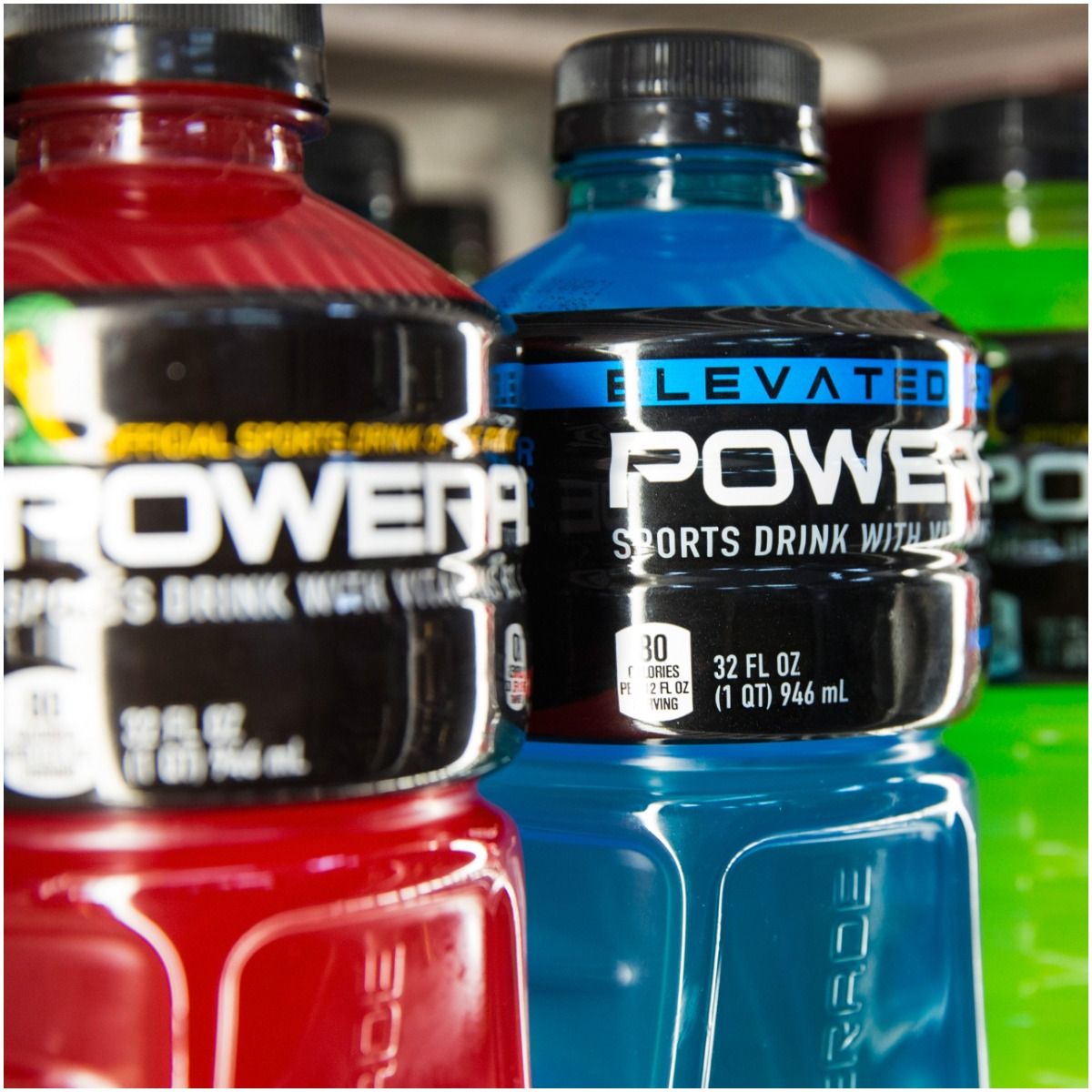 Main ingredients found in this beverage include:

Main ingredients found in this beverage include:

As of 2015, Powerade had about 18.5, while Gatorade controlled an estimated 71.2 percent share of the sports drink market.

According to research firm Euromonitor International, Gatorade sales in the United States dropped 0.5 percent to $5.9 billion in 2017, marking the beverage’s first decline since 2012. 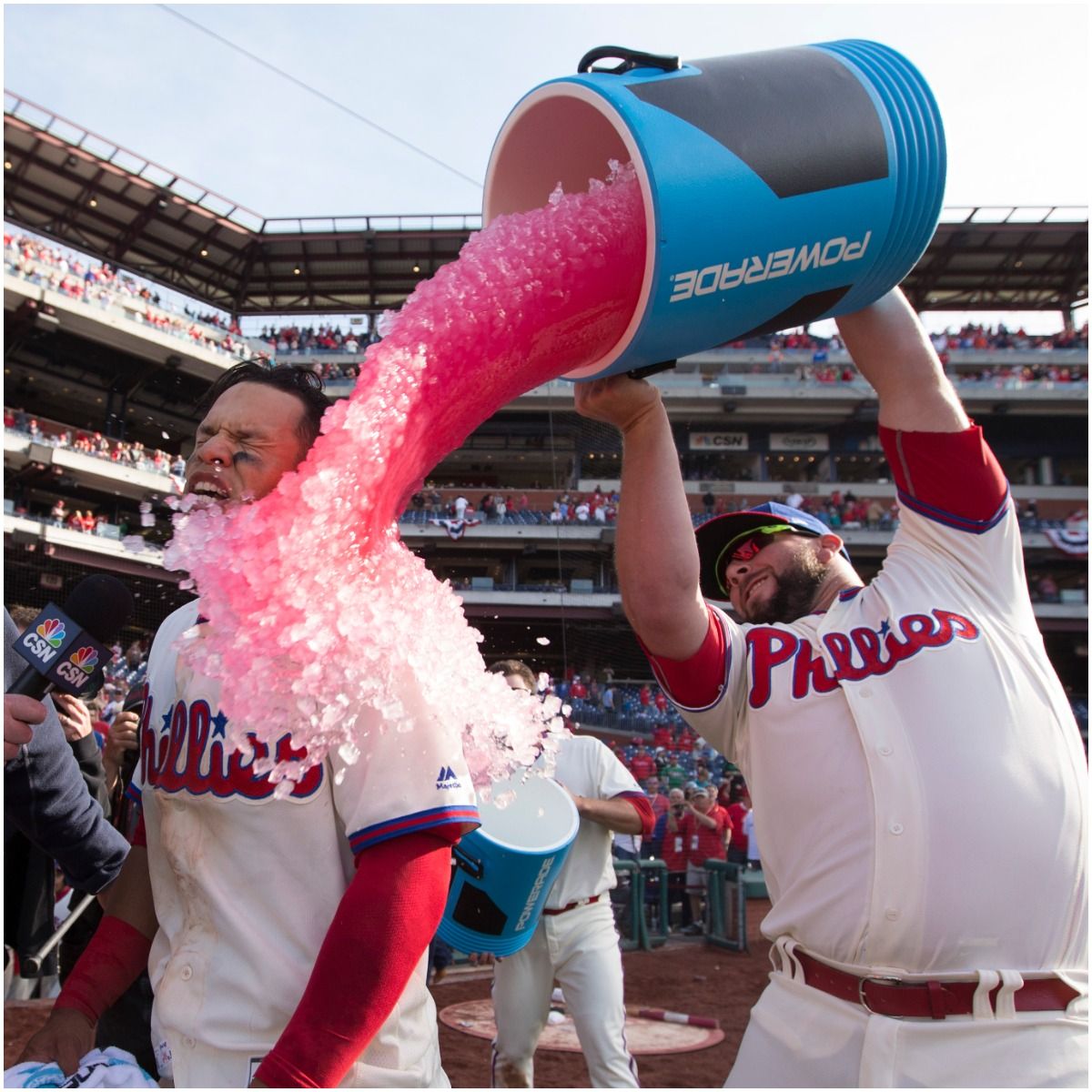 In terms of ingredients, there’s little to distinguish between the top two major brands of sports drinks.

As you can see from the above comparison, they are almost identical in nutritional content, although Gatorade has twice as much sodium and fewer calories.

The aim of sports drink is to provide three things: water, carbohydrates (usually in the form of sugar), and electrolytes (an electrolyte is a substance which conducts electricity when dissolved in water).

If you are exercising for less than 1 hour, particularly if you are doing a moderate workout, stick to plain water.

However, if your exercise session lasts longer than 1 hour, some specialists recommend drinking a sports drink to replenish your body.

READ MORE: Side Effects of Forchlorfenuron

Do You Really Need to Drink Sports Drinks?

Drinks like Gatorade and Powerade were created for professional athletes who were training once or two times per day for longer than 60 minutes at a time.

The intense workouts these elite athletes endured were sapping the energy in their muscles and sucking the electrolytes (potassium, sodium, calcium, magnesium) out of their body.

However, for most people, sports drinks are an unnecessary expense and provide unnecessary calories and sodium.

In conclusion, if you are simply an active person who swims or goes to the gym a few times per week, you don’t really need sports drinks. But, for long periods of strenuous physical exercise, they may be beneficial.

Are Sports Drinks Safe For Kids?

Lately, there is a trend for kids to drink sports drinks. However, “routine ingestion of carbohydrate-containing sports drinks by adolescents and children should be avoided or restricted,” according to the American Academy of Pediatrics.

Also, the Canadian Paediatric Society says ”most children shouldn’t consume sports drinks, and the products should no longer be marketed to them.”

Sports drinks are acidic, and acidic fluids and foods are one of the factors associated with tooth enamel erosion. It is recommended that professional athletes who regularly intake sports drinks and for prolonged periods to pay extra attention to dental hygiene.

In addition, sports drinks contain high fructose corn syrup (a sweetener made from corn starch), which has been linked to a host of negative health effects, including:

Drinking a lot of sports drinks in a short period of time can cause gastrointestinal upset.

Soft and sports drinks are a leading contributor to weight gain around the midsection, according to the Harvard School of Public Health.

If you regularly engage in a moderate physical exercise of 60 minutes, you can opt to replenish the fluids and electrolytes with a homemade sports drink, such as:

Dissolve the salt and sugar in hot water, then add juices and cold water. Enjoy! 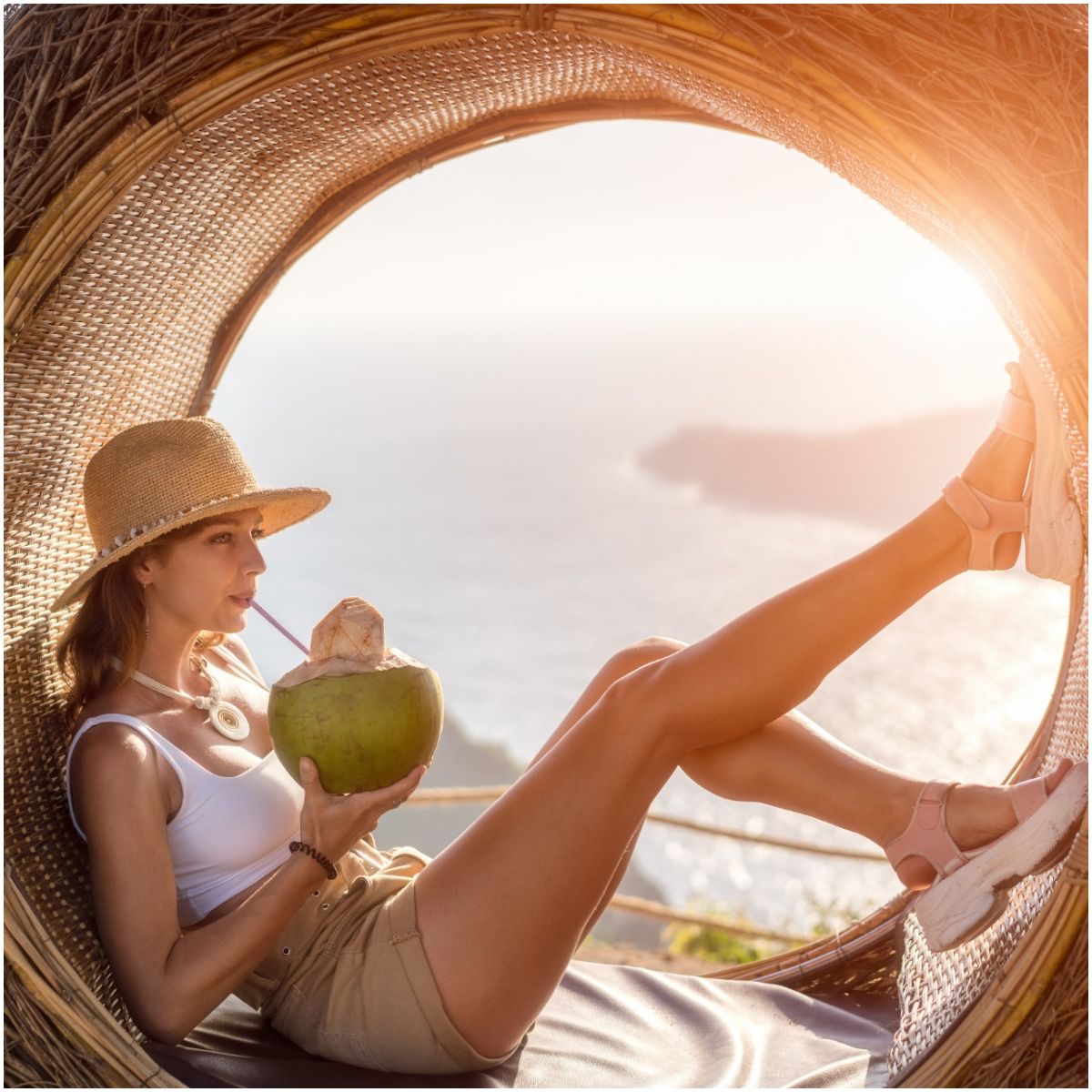 It is the clear liquid inside coconuts and contains sodium, potassium, chloride, natural sugars, and dietary fiber.

According to research, coconut water has a similar efficiency for rehydration as sports drinks, however, it causes less nausea and no stomach upset.

Other studies have established that consuming coconut water with added sodium is better than a typical sports drink for rehydration after physical exercise.