Reasons for weight gain after surgery:

Weight gain immediately after surgery is a common finding. According to studies, patients who have lost a significant amount of weight prior to surgery appear to be at especially high risk of post-surgical weight gain.

This can happen after the following types of surgeries:

The thyroid is a gland that is located in the lower front portion of the neck.

It produces the thyroid hormone that regulates the body’s production of energy. Thyroidectomy is a surgical procedure that involves the complete or partial removal of the thyroid gland.

The gallbladder is a pear-shaped organ that sits just below the liver on the upper right side of the abdomen. A cholecystectomy is a surgical procedure to remove the gallbladder.

Doctors perform the procedure to provide permanent relief to an individual with gallstones (hardened deposits of bile that can form in your gallbladder) and other medical problems associated with the gallbladder.

Doctors can remove the gallbladder in one of two ways:

It is any type of surgery where the chest is cut open, and surgery is performed on the valves, muscles, or arteries of the heart. The procedure most often done by open-heart surgery is coronary artery bypass surgery.

Heart surgery is used to treat many heart problems, therefore, it is performed to:

A hernia is a general term that refers to a protrusion or bulge of an organ or body tissue through the structure which usually contains it.

The most frequent types of hernias are:

Symptoms of a hernia include discomfort or pain and localized swelling in the groin area or somewhere on the surface of the abdomen.

Many hernias can be repaired using a laparoscopic procedure or ”closed,” particularly when they are smaller.

The appendix is a worm-shaped hollow pouch attached to the first part of the large intestine.

The precise purpose of the appendix is not known, but it is thought that it may help us recover from inflammation, diarrhea, and infections of the large and small intestines.

When your appendix gets inflamed, it is called appendicitis. Appendectomy is the surgical removal of the appendix.

There are 2 types of surgery to remove the appendix:

This procedure may relieve painful symptoms of many health problems which damage the cartilage surfaces and other soft tissues surrounding the joint. During the procedure, your surgeon will make a small incision and insert a tiny camera into the knee.

The Whipple procedure is the main surgical treatment for pancreatic cancer, which occurs within the head of the gland. It is a difficult and demanding operation and can have serious health risks. But, pancreaticoduodenectomy is often lifesaving, especially for people with cancer.

It is one type of treatment for abnormal uterine bleeding, which is due to a benign condition. During this procedure, your surgeon will remove the endometrium, the lining of the uterus.

List Of 8 Unforeseen Reasons For Weight Gain After Surgery 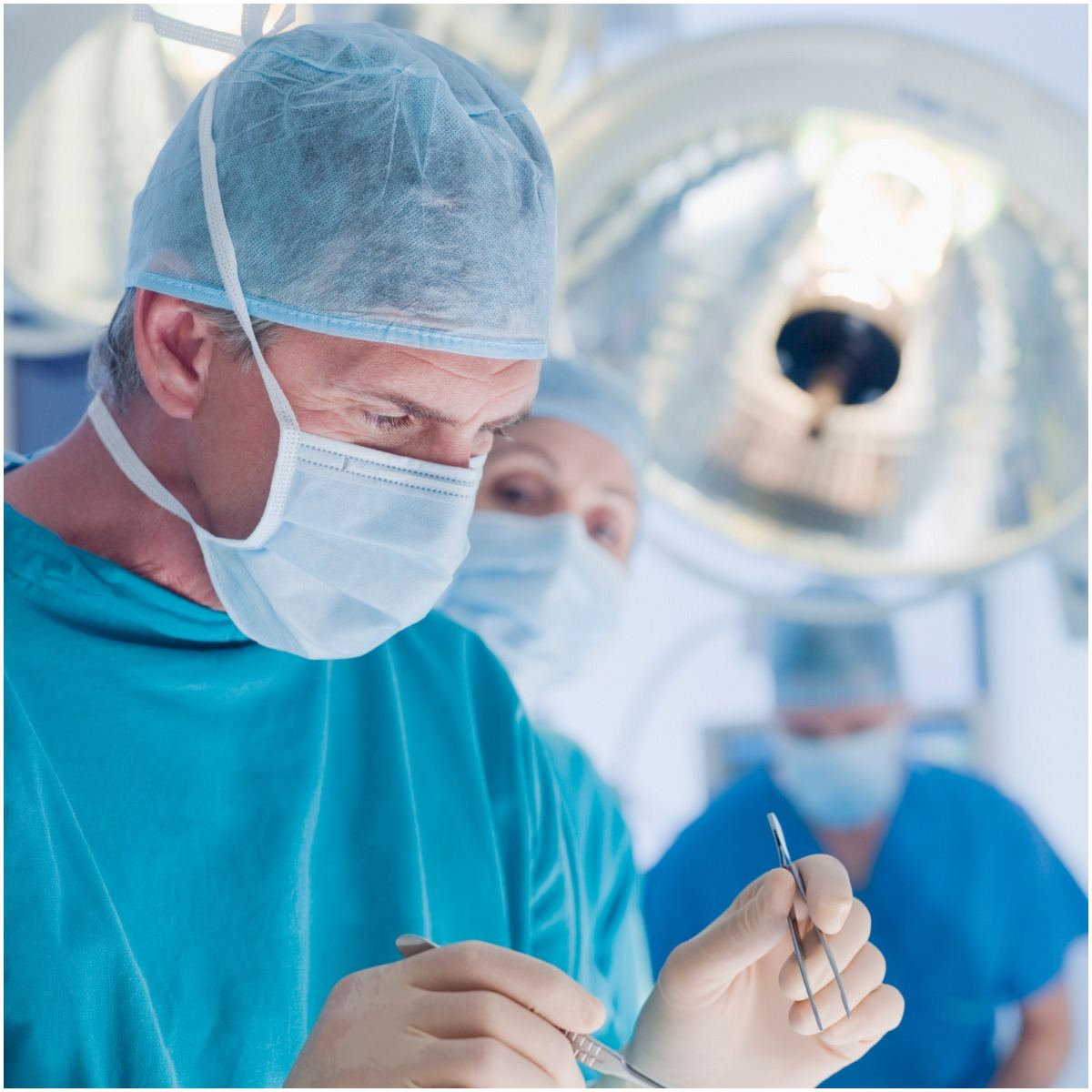 Though water retention generally occurs in the feet, fluid could also accumulate in the interstitial spaces in other parts of the human body.

Fluid retention is actually a normal reaction to surgery due to the fact that the body releases ADH, a type of hormone that makes you hold onto fluid. Fluid retention typically lasts for about 5 days, then stops.

It is needless to mention that sedentary behavior can increase your chance of weight gain as well as other health problems, such as – hypertension, type 2 diabetes mellitus, cancer, heart disease, and a higher risk of premature death.

Steroids are anti-inflammatory medications. Most are man-made forms of cortisone, a hormone naturally produced by the adrenal glands.

Weight gain was the most often reported adverse effect of steroid use, affecting approximately 70% of people that use the drugs, according to a 2015 study.

Your eating habits can affect your weight more than you think, especially after a surgery.

Depression is usually defined by loss of enjoyment and interest in usual activities, low mood, feelings of negativity and isolation, and low self-esteem. Depression can have a significant impact on behavior, particularly poor dietary choices and reduced physical activity.

Depressed people tend to gain weight faster than people who aren’t depressed, as per a 2009 study done at the University of Alabama at Birmingham.

The level of cortisol rises during high emotional stress. This can turn your overeating into a habit. This leads to increased levels of insulin (a hormone that is produced by specialized cells within the pancreas) and weight gain.

Too much cortisol can also slow your metabolism, causing more weight gain than you would usually experience.

Pain drugs after surgery include:

What Can You Do To Prevent Weight Gain After Surgery?