Forchloefenuron is a cytokinin, that improves fruit set, fruit size, cold storage, and cluster weight in kiwifruits and grapes.

It is called “plant growth regulator,” that the US Environmental Protection Agency registered back in 2004.

Farmers claim that this chemical can bring the harvest forward by 14 days and increase the size of the fruit by more than 20 percent.

In the case of watermelons, those treated with this chemical are very large and brightly colored on the outside, however, the color of the flesh is more white than deep red.

Some people who consume fruits containing forchlorfenuron may experience the following acute effects:

Regular exposure to this chemical may be the cause of low sperm levels and increased levels of infertility in men.

Also, you should avoid it if you are already pregnant since similar chemicals are responsible for causing numerous birth defects.

Parkinson’s disease is a neurodegenerative disorder that leads to progressive deterioration of motor function. Symptoms may include:

Long-term exposure to this chemical has been associated with an increased risk of Parkinson’s disease. 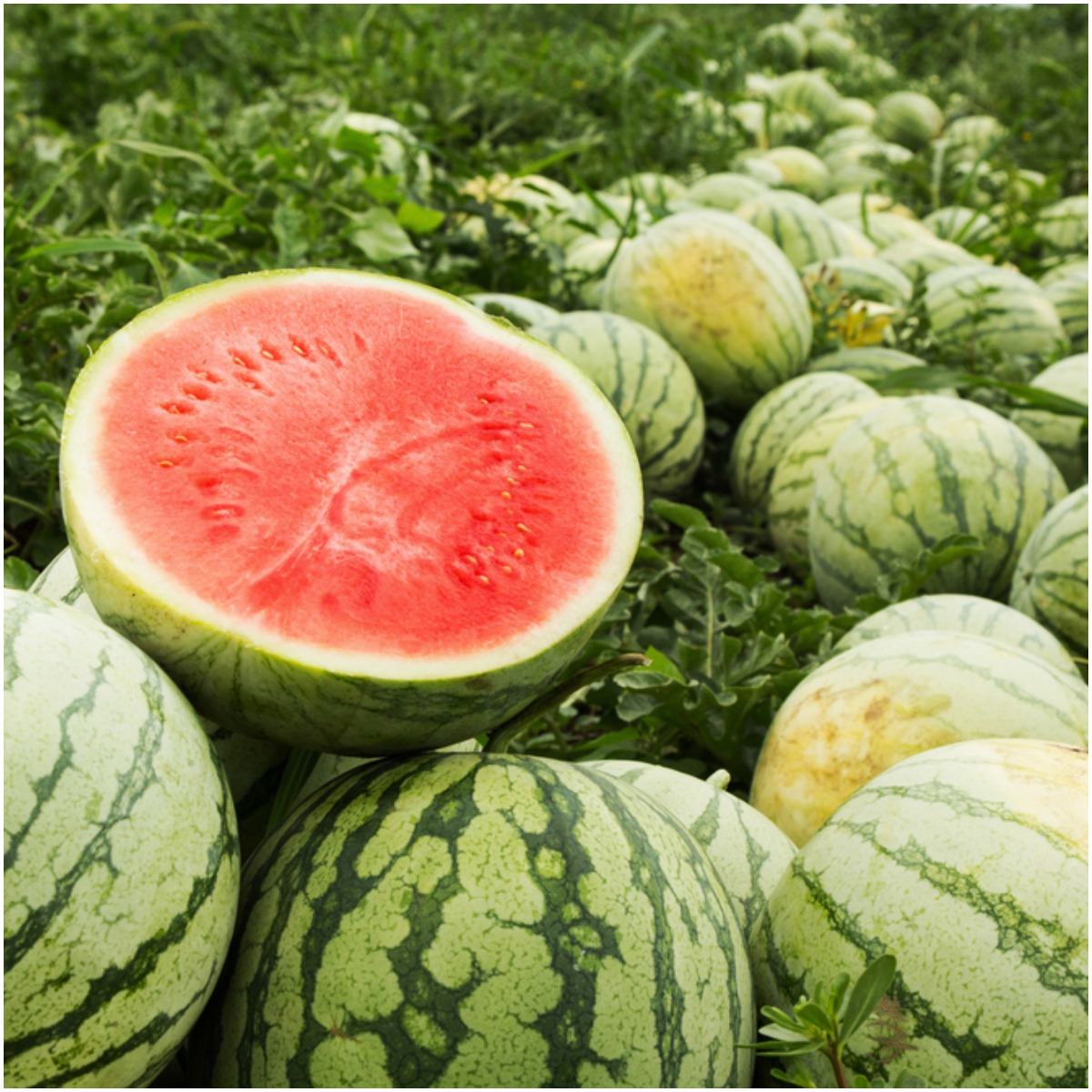 A specialized type of cancer known as acute lymphoblastic leukemia is assumed to be directly linked to this chemical (or similar chemicals) exposure, according to a 2010 article published in Organic Consumers Association.

Also, there are positive associations between exposure to this chemical and kidney, lung, brain, breast, ovarian, prostate, pancreatic, and stomach cancers, as per a 2007 study that was issued by Canadian Family Physician.

Some endocrine effects can be activated by very low concentrations of this chemical. They can manifest as:

Note – children are more vulnerable to exposure to this chemical due to the fact that their nervous systems, organs, and immune system are still developing.

READ MORE: Sprite vs 7UP – Side Effects

How to Recognize a Watermelon Grown With Forchlorfenuron 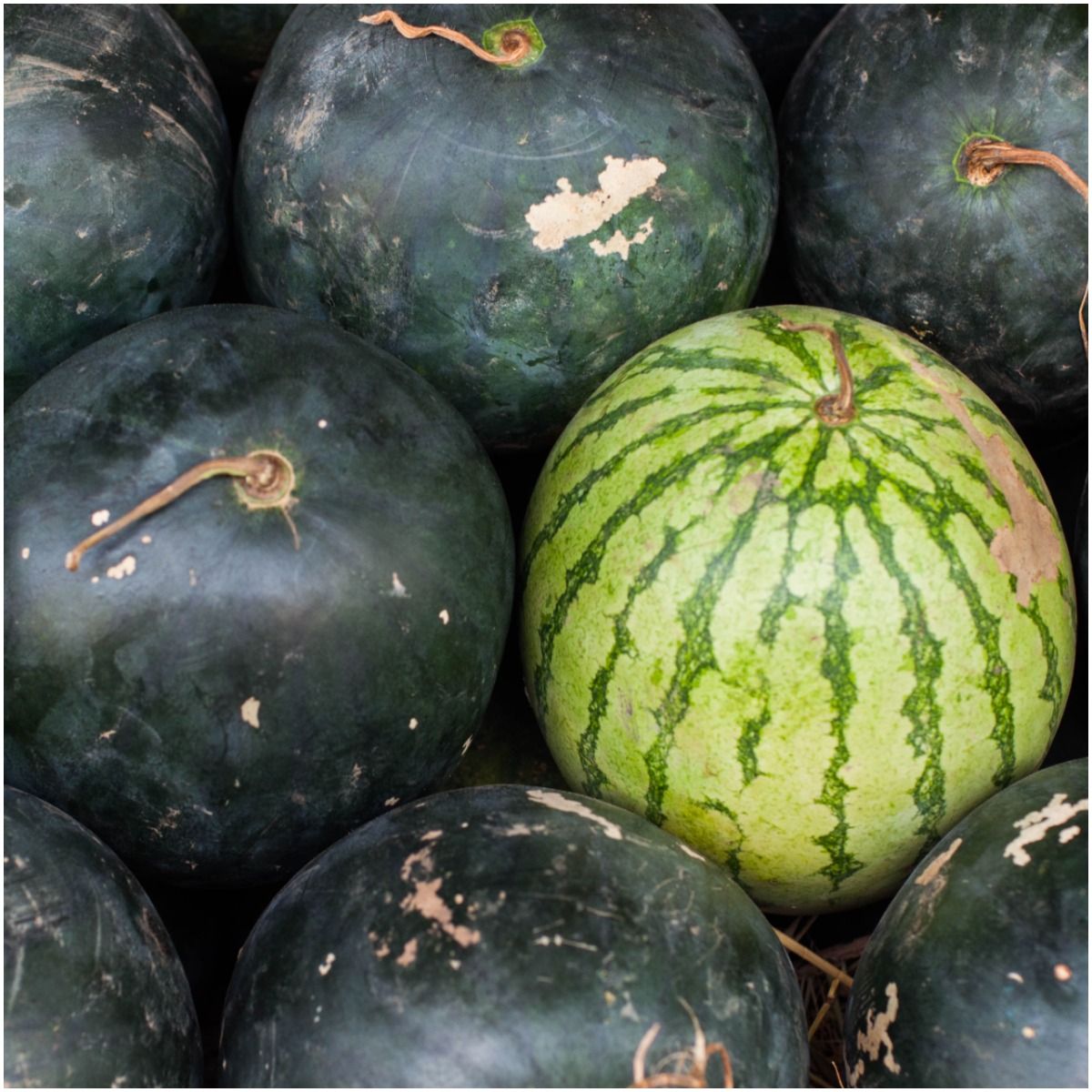 When this chemical is used (especially in high concentrations), it can cause hollow fruit, cracking, and deformities.

Another clear sign that a melon was grown using this chemical is the taste of the fruit. This happens because forchlorfenuron makes the melon grow faster, but the flavor is diluted.

Other Chemicals Used in Ripening of Vegetables & Fruits

It is usually injected into cows to produce more milk without considering the adverse negative effects caused to the animals.

Moreover, oxytocin is injected into the roots of the plants to produce bigger vegetables and fruits and a higher quantity.

It is typically produced in small quantities by most vegetables and fruits. But, it is also added and it affects the development, growth, senescence (aging), and ripening of all plants.

It is a corrosive and harmful chemical as it contains traces of phosphorous hydride and arsenic.

Due to its low price and availability in the local market, calcium carbide is generally used for the ripening of fruits.

When this chemical comes into contact with water, it produces acetylene gas which hastens the ripening of a few fruits, like – bananas, mangoes, and apples.

Symptoms and signs of calcium carbide poisoning include:

READ MORE: Anbesol vs Orajel – Which Works Better For Toothache?

It is an organophosphate chemical that is commonly used to speed up the process of fruit ripening and flower induction.

This chemical is typically considered more effective in terms of taking less time than calcium carbide for ripening.

Ethephon is used in:

How to Avoid Chemicals in Your Food

An estimated 65 percent of the 3,015 produce samples tested by the United States Department of Agriculture in 2013 contained pesticides, according to a 2015 report by the Environmental Working Group.

According to this report, fruits and vegetables highest in pesticide loads were:

Here are a few methods  to avoid chemicals in your food:

Even though many fruits and vegetables contain harmful substances inside, it is possible to clean at least those chemicals which are on the skin of a vegetable or a fruit.

In addition, washing them with 2 percent saltwater will remove most of the contact pesticide residues which typically appear on the surface of the fruits and vegetables.

Another good alternative is baking soda, according to a study published in the Journal of Agricultural and Food Chemistry.

Note – do not use detergents, soap, or bleach to wash fruits and vegetables to remove pesticides due to the fact that they can contain compounds that aren’t safe to eat.

Growing your own foods means that you can use healthier and safer methods to control any pests.

Organic food has to be raised without any use of pesticides, GMOs, or any other harmful chemicals. To identify fruits and vegetables grown organically, look at the little sticker – the number should be 5 digits and start with “9.”

Purchasing food from a local farm doesn’t guarantee that it’s free of pesticide residue, however, it can be significantly easier to find out the techniques they used to keep the fruits and vegetables free of pests.