Constipation is a frustrating condition, affecting up to 20 percent of the world’s population

A person is considered constipated if the stools are hard, dry, and difficult to pass or if there are less than 3 bowel movements a week.

It affects patients of all ages and both sexes, and different ethnicities and cultures.

Here is a comparison of two dried fruits that may help with constipation:

Prunes, also known as dried plums, are plums (fruits that belong to the subgenus Prunus, family Rosaceae) that have been dried naturally in the sun without undergoing any fermentation process.

Dates are the fruit of a palm tree known as the date palm.

There are about 2,000 varieties of dates. 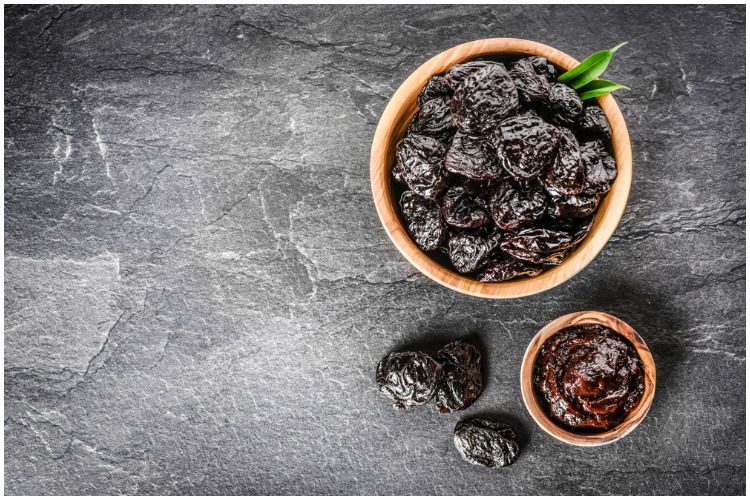 They are a good source of vitamin K as well as copper, boron, manganese, potassium, and magnesium.

Prunes are also rich in phenolic compounds like chlorogenic acid.

In addition, they contain lutein (an antioxidant that may play an essential role in skin and eye health) and cryptoxanthin.

These dried fruits have a glycemic index of 29.

Also, dates are very low in fat and cholesterol-free.

These dried fruits have a glycemic index of 42.

An estimated 4.2 million people in the US have frequent constipation.

Dried plums are known for their laxative effect, which is typically attributed to their dietary fiber content (the fiber in prunes also helps prevent hemorrhoids brought on by constipation), but is also likely influenced by the substantial amounts of phenolics and sorbitol present in plums.

Over 10 percent of adults over the age of 50 in the United States have osteoporosis, plus, about 45 percent have low bone mass, as per the National Osteoporosis Foundation.

It is estimated that worldwide about 8 percent of men and 33 percent of women over the age of 50 suffer from this bone condition.

Dried plums have a unique dietary and nutrient bioactive profile and, according to studies, they exert beneficial effects on bones.

Moreover, they happen to have very high amounts of boron (1.2 mg per 100g), a trace mineral that is a proven bone-strengthener and builder.

Plums are also an excellent source of vitamin K1 (phylloquinone), an essential fat-soluble vitamin that plays an important role in heart and bone health.

Also, without this vitamin, the human body cannot produce a clotting factor that is required for blood clotting, called prothrombin.

A 2016 study established that prunes can reduce radiation’s effect on bone marrow.

Additionally, according to a recent study done by Dr. Shirin Hooshmand, 6 is officially the number when it comes to how many dried plums a day provide bone-building benefit.

Beta-carotene is a plant pigment that is converted in the body to vitamin A.

It is usually found in orange and yellow vegetables and fruits.

Beta-carotene protects and fixes the damage of free radicals on our cells, meaning that this antioxidant can help reverse the signs of aging.

Also, a 2013 study concluded that an increased intake of beta-carotene can make people happier.

A study conducted at the University’s Institute of Psychology, Health, and Society on obese people concluded that study participants that ate prunes as part of a healthy lifestyle diet shed 2.5cm off their waists and lost 2 kilograms in weight.

This probably happened due to the high fiber content in prunes that increases the time it takes to digest nutrients as well as a prolonged feeling of satiety.

Potassium is one of the 7 essential macrominerals. It helps with heart rhythm, digestion, muscle contractions, and nerve impulses.

A regular diet featuring a variety of high-potassium foods may substantially lower your risk of stroke (the 5th-leading cause of death in the US) and hypertension, according to the Linus Pauling Institute. 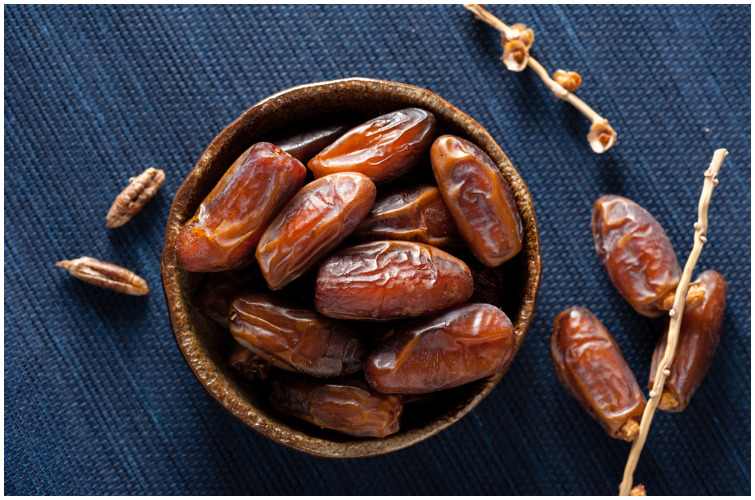 The fiber in these dried fruits helps to move waste smoothly through the large intestine.

In addition, it helps prevent LDL cholesterol absorption due to the fact that it binds with compounds containing cancer-causing toxins.

Moreover, dates may help reduce triglyceride levels, as per a study that was issued in the Journal of Agricultural and Food Chemistry.

Having a high level of triglycerides (a type of fat in your blood) can notably increase your risk of heart disease.

They are one of the most versatile and sweet foods which can regulate the digestive process.

This occurs due to the content of essential amino acids and insoluble and soluble fibers present in these dried fruits.

Iron-deficiency anemia is anemia caused by a lack of iron.

It is the most common nutritional deficiency worldwide, especially in pregnant women.

The high level of iron in this fruit balances out the inherent lack of iron in anemic individuals, decreasing feelings of fatigue and sluggishness, while increasing strength and energy. 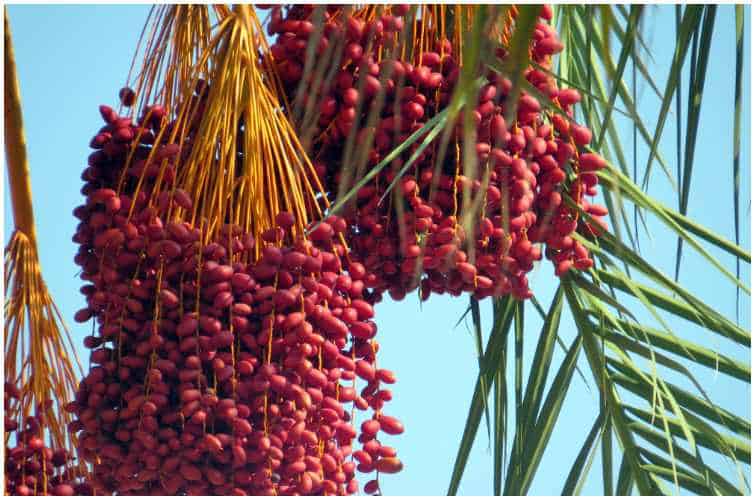 These fruits have been reported to have one of the highest antioxidant values of fruits commonly consumed. Antioxidants are nature’s way of protecting the human body from the damage caused by free radicals.

Free radicals are produced in the body as a result of exposure to radiation and some environmental pollutants (like tobacco smoke – including second-hand smoking) as well as by-products of normal metabolism.

Conclusion: Prunes vs Dates – Which Are The Best Dried Fruits For Constipation?

Fiber adds bulk to your fecal material, which hastens its passage through the gut and prevents that constipated feeling.

In addition, prunes have sorbitol, a compound that helps soften the stools, making them easier to pass.

According to a 2011 study that was done at the University of Iowa Carver College of Medicine, USA, prunes should be considered first-line therapy for the treatment of mild to moderate constipation.

READ THIS NEXT: Maltodextrin In Food – Side Effects