Albinism is a congenital disorder that results in a lack of pigmentation of the hair, skin, and eyes.

The disorder is not contagious, nor can it be transferred from individual to individual through dermal contact, blood transfusion, or via pathogen-carrying organism.

Note – people with albinism are considered legally blind due to the fact that their photoreceptors are unable to adequately convert light into clear signals to the brain. As a result, individuals with this congenital disorder have a condition called nystagmus.

Besides this, in the US, most people with albinism have the same types of general medical problems as the rest of the population and normal life spans.

One type of albinism is called oculocutaneous albinism (OCA). People with OCA have a complete lack of pigment, with pink or white skin, hair, and eye color.

There are a few subtypes of oculocutaneous albinism, that include: OCA1, OCA2, OCA3, and OCA4.

Another type of albinism is called ocular albinism (OA). It is caused by a gene mutation on the X chromosome and occurs almost exclusively in males. OA mainly affects the eyes. The hair and skin are of normal or near-normal color.

People with OA typically have blue eyes. In some cases, the iris has a very little color, therefore, a person’s eyes might look reddish or pink. This is caused by the blood vessels inside the eye showing through the iris.

Griscelli Syndrome is an extremely rare genetic disorder that is caused by a defect in one of three genes. However, there have been only 60 known cases of Griscelli syndrome worldwide since 1978.

Chediak-Higashi Syndrome is caused by a defect in the LYST gene. It produces symptoms similar to oculocutaneous albinism, however, it may not affect all areas of the skin.

Hermansky-Pudlak Syndrome is a rare form of albinism that is caused by a defect in one of eight genes. HPS produces symptoms similar to oculocutaneous albinism and occurs with bowel, lung, and bleeding disorders.

Albinism is a lifelong condition that does not worsen with time. However, there are several treatments that can improve the symptoms: 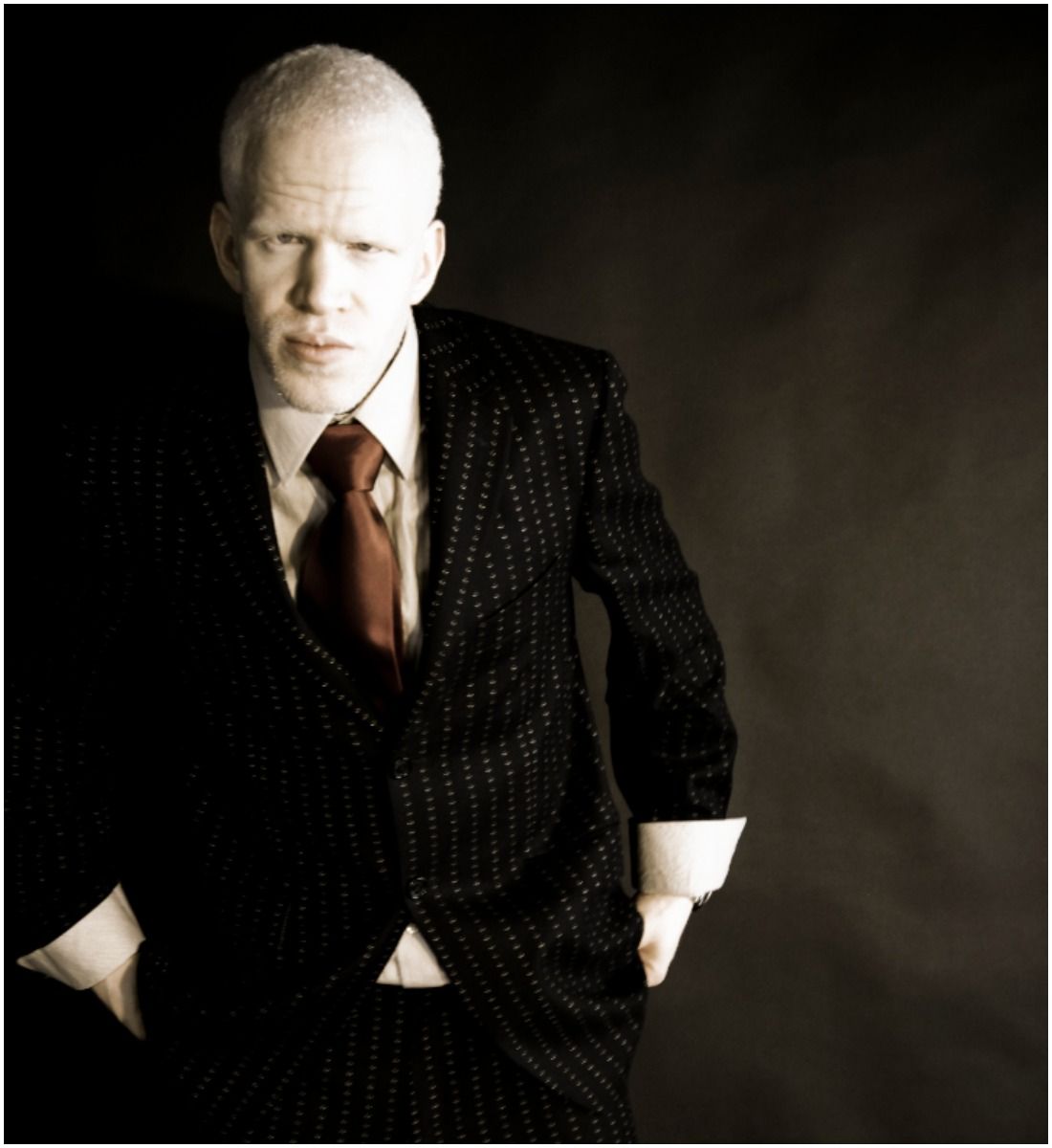 Darnell Swallow is a rapper and an Albino ex-housemate (from Big Brother 9). 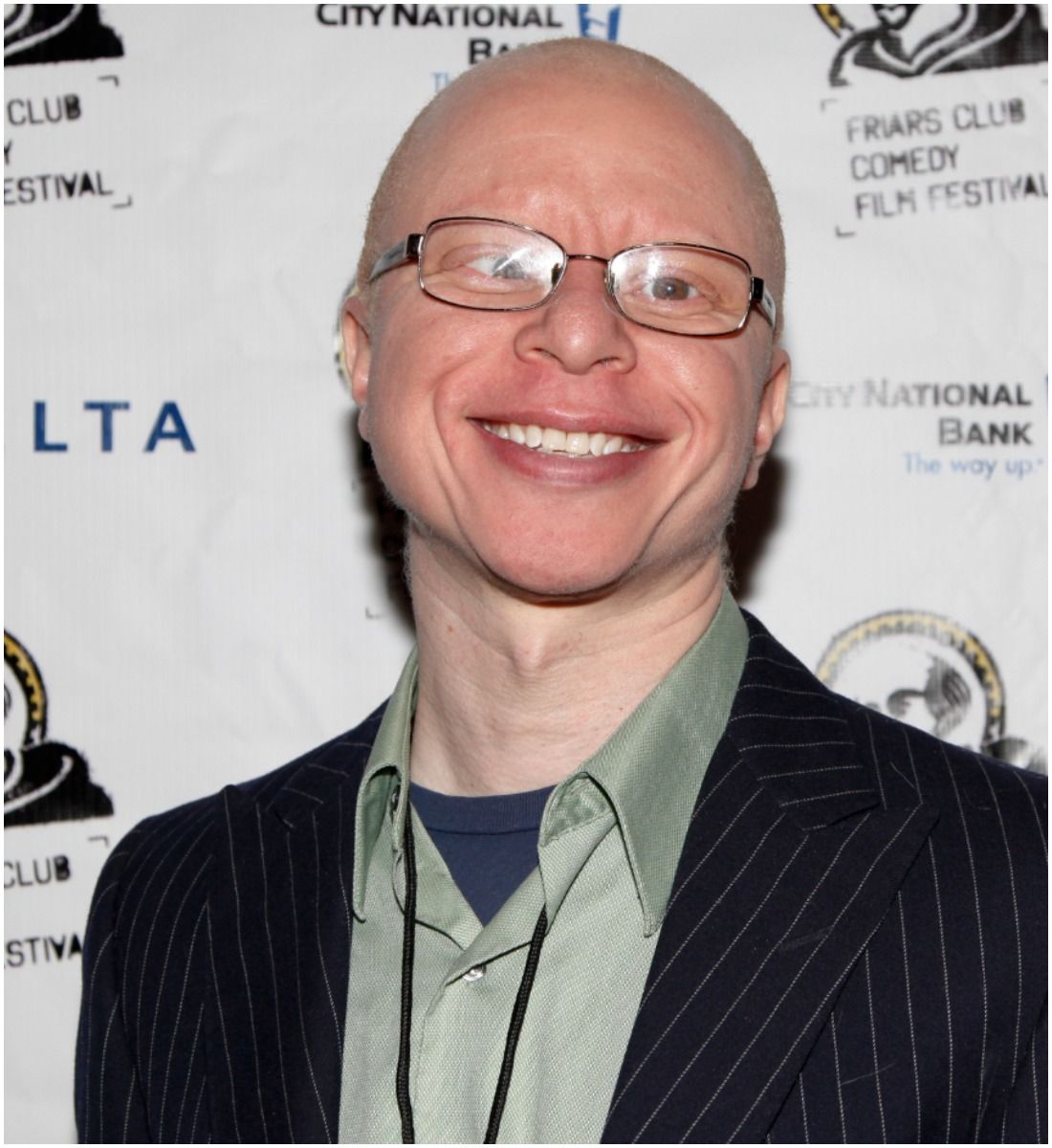 He is an American actor and stand-up comedian who grew up in Huntsville, Alabama.

He later moved to Minneapolis, where he worked with the local improvisation troupes The Bad Mamma Jammas, ComedySportz MN, and a few regional theater companies.

Varnado has appeared in a number of films and television shows, including “My Name Is Earl,” “A Guy Thing,” and “The Mercy Man.”

In an interview, Victor Varnado said:

“I’m definitely exploiting my albinism in the entertainment industry as much as I can to move forward, but I also am aware that I don’t want to be perceived as just the albino guy.” 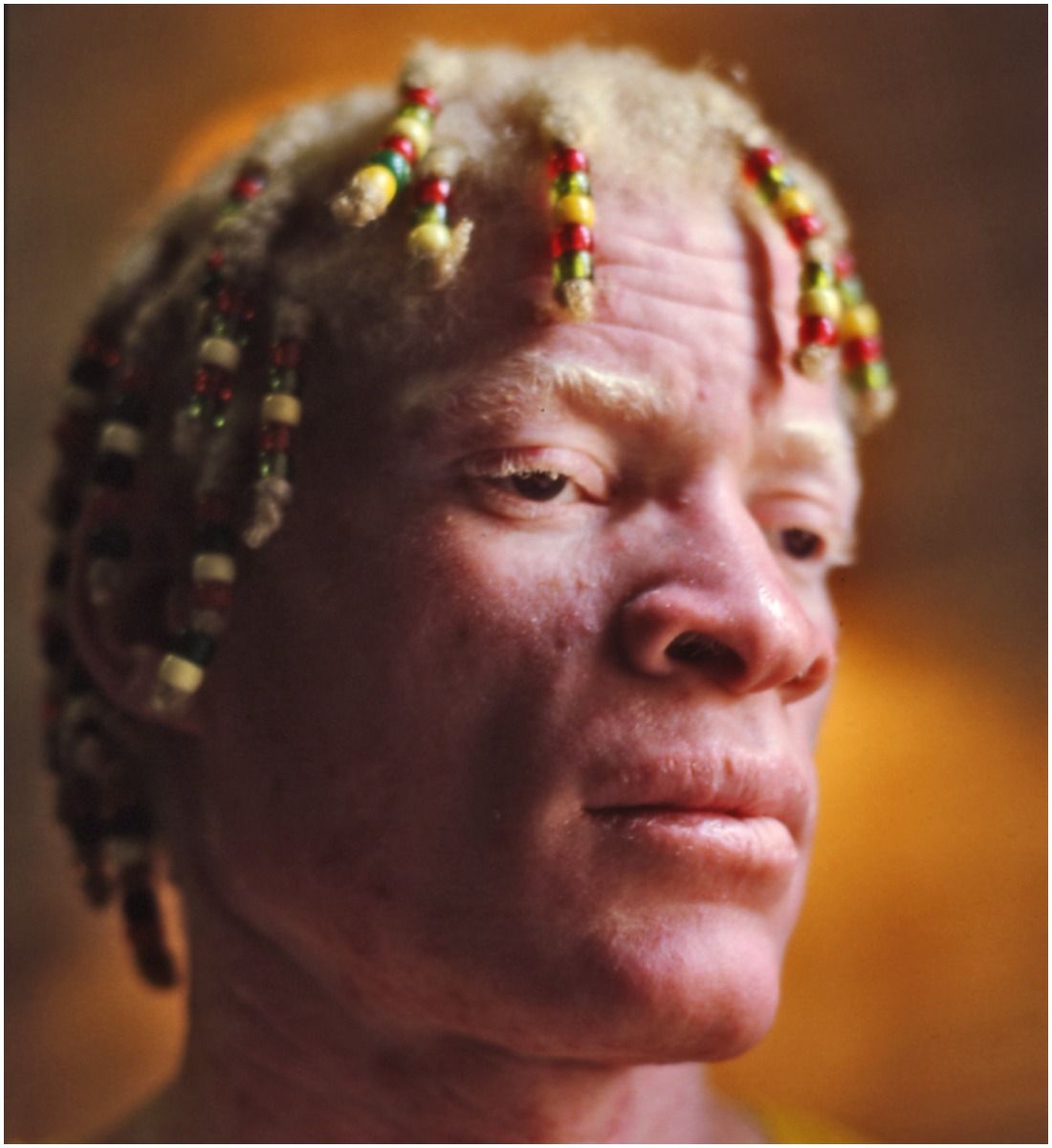 Winston Foster, also known as King Yellowman, is a Jamaican reggae and dancehall deejay who was popular in Jamaica in the 1980s, coming to prominence with a series of singles that established his reputation.

In 1982, he was diagnosed with skin cancer (due to his albinism) and was initially told that he only had 3 more years to live.

But, this prognosis proved to be inaccurate, and after numerous surgeries, Yellowman was able to continue his musical career.

His daughter Kareema is also a musician.

She is an Albino fashion model who was born in Russia on October 28, 1996.

Also, her paleness evokes feelings of chilliness, making it a great compliment to technology.

Connie Chiu is a Chinese albino model from Hong Kong but she was raised in Sweden and eventually paraded off to London to become a supermodel.

In a recent interview, Connie Chiu stated that:

“I guess I always knew I was different, but I feel exactly the same as anyone. I was made like this. It’s like being born with arms—you don’t go around saying, ‘Oh my God, arms!’ They’re just there.”

He is an American model, actor, and dancer who is best known for being the first male albino pro model.

Shaun Ross has been featured in photo-editorial campaigns in fashion publications including Italian Vogue, i-D Magazine, British GQ, Another Man, and Paper Magazine. 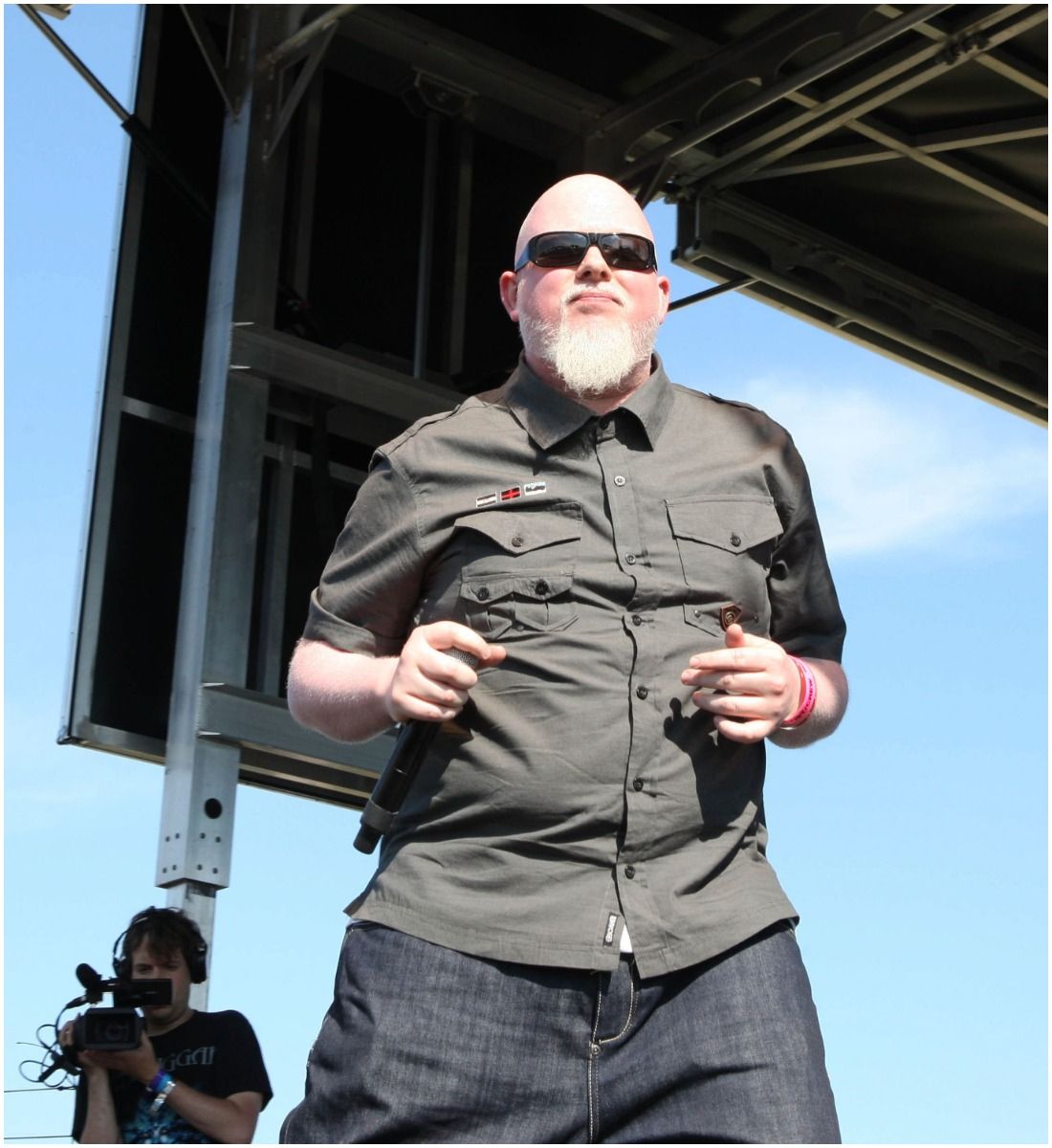 He was born in Madison, Wisconsin with albinism.

His latest album is called Us. In a song with the same title, Brother Ali explains his start: “I started rhyming just to be somebody/to make people notice me at the party.” 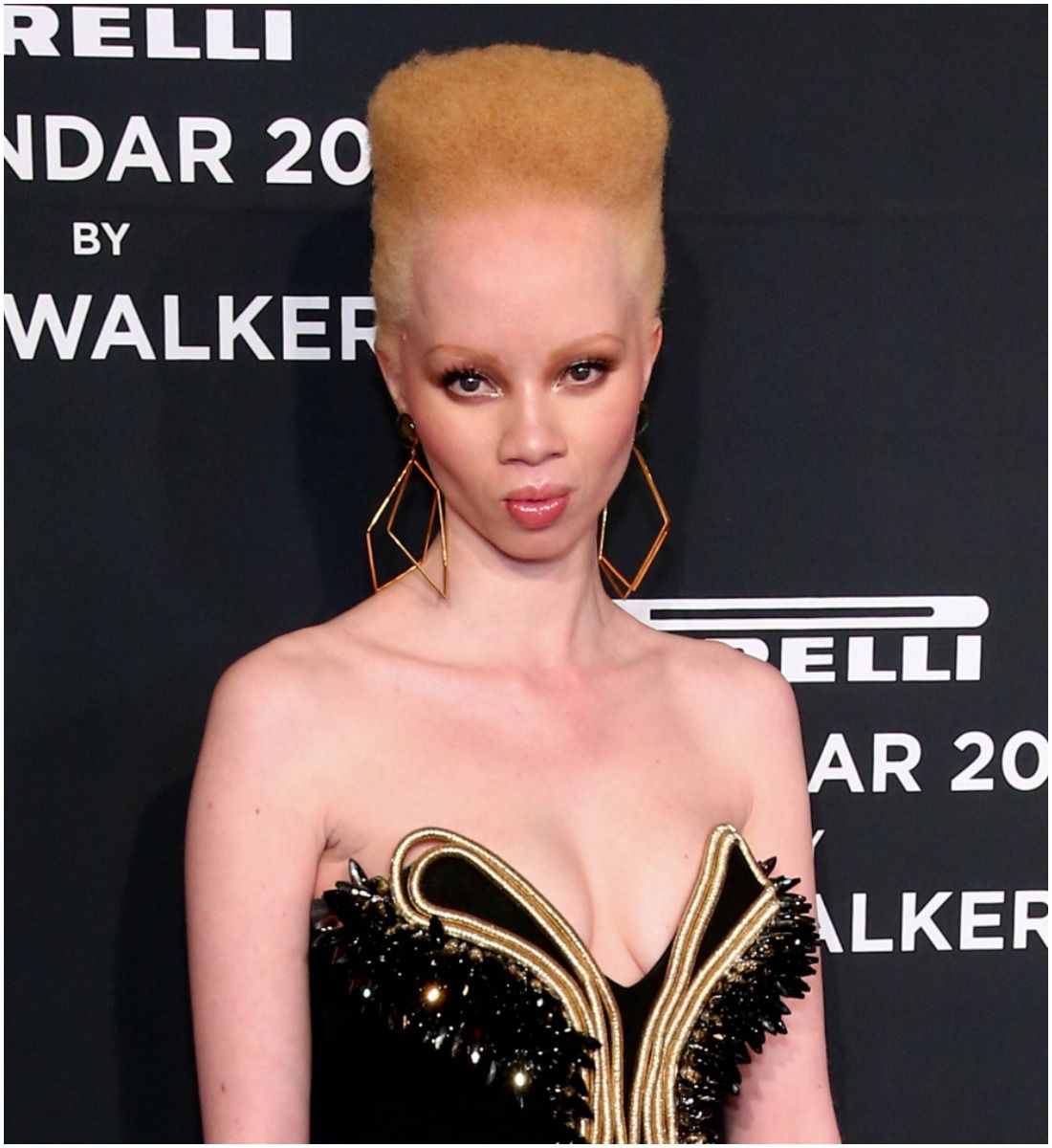 She is a legal advisor and model. Thando Hopa is also an activist fighting to change the perceptions of individuals who suffer from albinism.

During an interview, Hopa said:

”When I grew up, I grew up having parents who were absolutely wonderful, who taught me that I was beautiful all the time.”

Thando and photographer Justin Dingwall have put together an exhibition that explores the counter-aesthetic of albinism.

The actor, DJ, and model isn’t just unique-looking, Jewell is also stylish and living a glamorous Parisian life that he chronicles on his Instagram account, by the name jewelljeffrey. 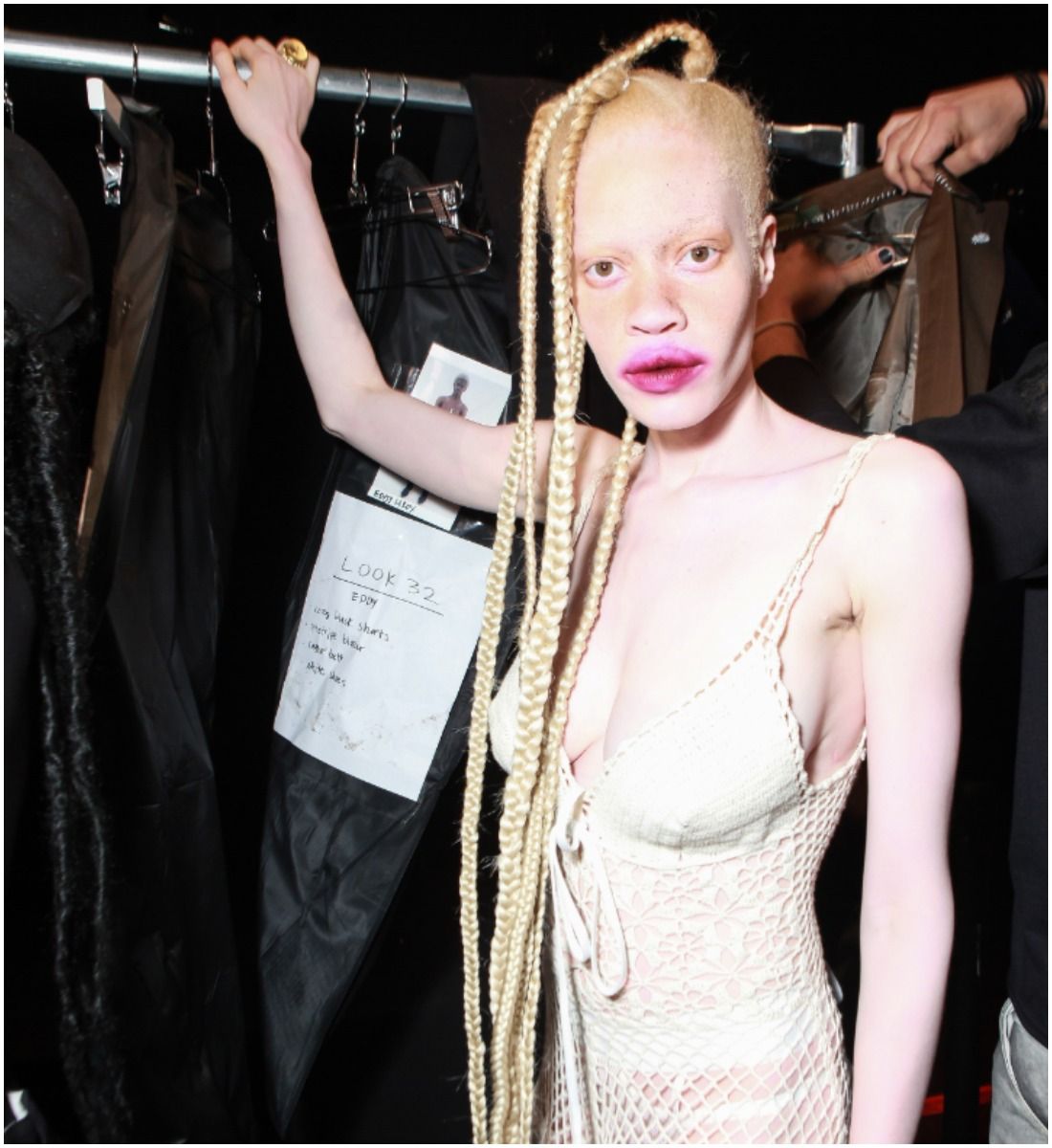 She is an African-American top model and fashion model who was born on October 22, 1989, in the Bronx, New York City, USA.

Diandra has a brother, also suffering from albinism. Since she endured the humiliation of peers, her parents had to put Diandra out of the public school to a specialist.

Diandra Forrest began modeling after she was noticed by photographer Shameer Khan during shopping. 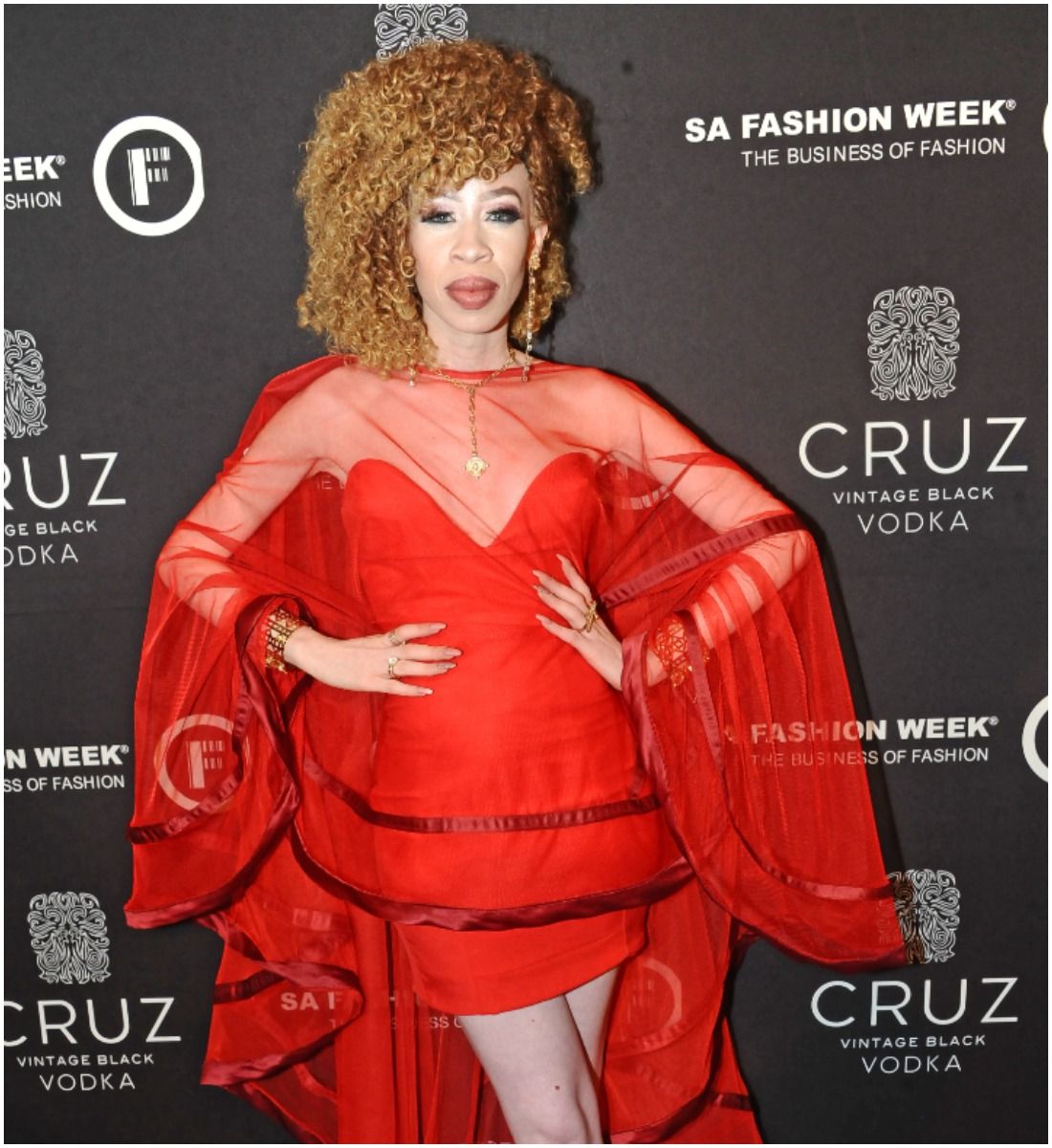 Refilwe is a South African entertainer and model born in Rockville, Soweto.

Modiselle is best known for being the first albino model to appear on a runway in South Africa.

Do you know any other celebrities with albinism? Please let us know in the comments below.

Marvin Jones III AKA Krondon, is an rapper from group called "Strong Arm Steady", actor in black lightning. is an American rapper and actor from Los Angeles, California.