How many peanuts in a jar of peanut butter may surprise you?

Peanut butter is a pantry staple that you most likely have in your kitchen.

It makes for a quick and delicious sandwich filling, helps with snacks, and can even be used in desserts or sauces for savory meals.

As such, perhaps you’ve wondered how many peanuts are in a jar of peanut butter.

Where Did Peanuts Come From? 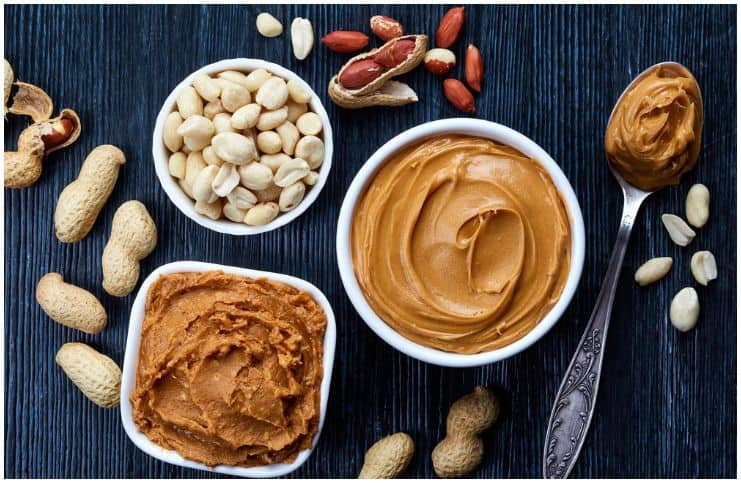 Native to the tropics in the Americas, it is believed that peanuts originated in either Brazil or Peru.

In the 15th century, when the Spanish invaded the New World, peanuts were growing all the way north in Mexico.

The Spaniards brought those peanuts to Europe when they returned.

Other traders began bringing them to Africa and Asia.

But how did that even become peanut butter?

They mashed peanuts into a past ages ago, although modern peanut butter as we know it wasn’t around until the 1890s.

For the peanut butter of today, we need to look to Dr. Ambrose Straub.

He consulted the owner of a food products company named George A. Bayle Jr. to see about processing ground peanut paste.

It was his intention to make a protein substitute for those that lost all their teeth and were unable to chew things such as meat.

Then in 1897, the man who made breakfast cereals a staple of their own in American kitchens, J.H. Kellogg, obtained a patent for his process of preparing nutmeal to create that pasty substance made of peanuts. He called it “nut butter.”

Not long after that, peanut butter began to be sold as a snack food in 1904.

While it is often said George Washington Carver invented peanut butter, that’s not quite true.

He was responsible for adding molasses and sugar to it to give it a better consistency and that unbeatable taste that we still love even now.

How Many Peanuts Will You Find in a Jar of Peanut Butter? 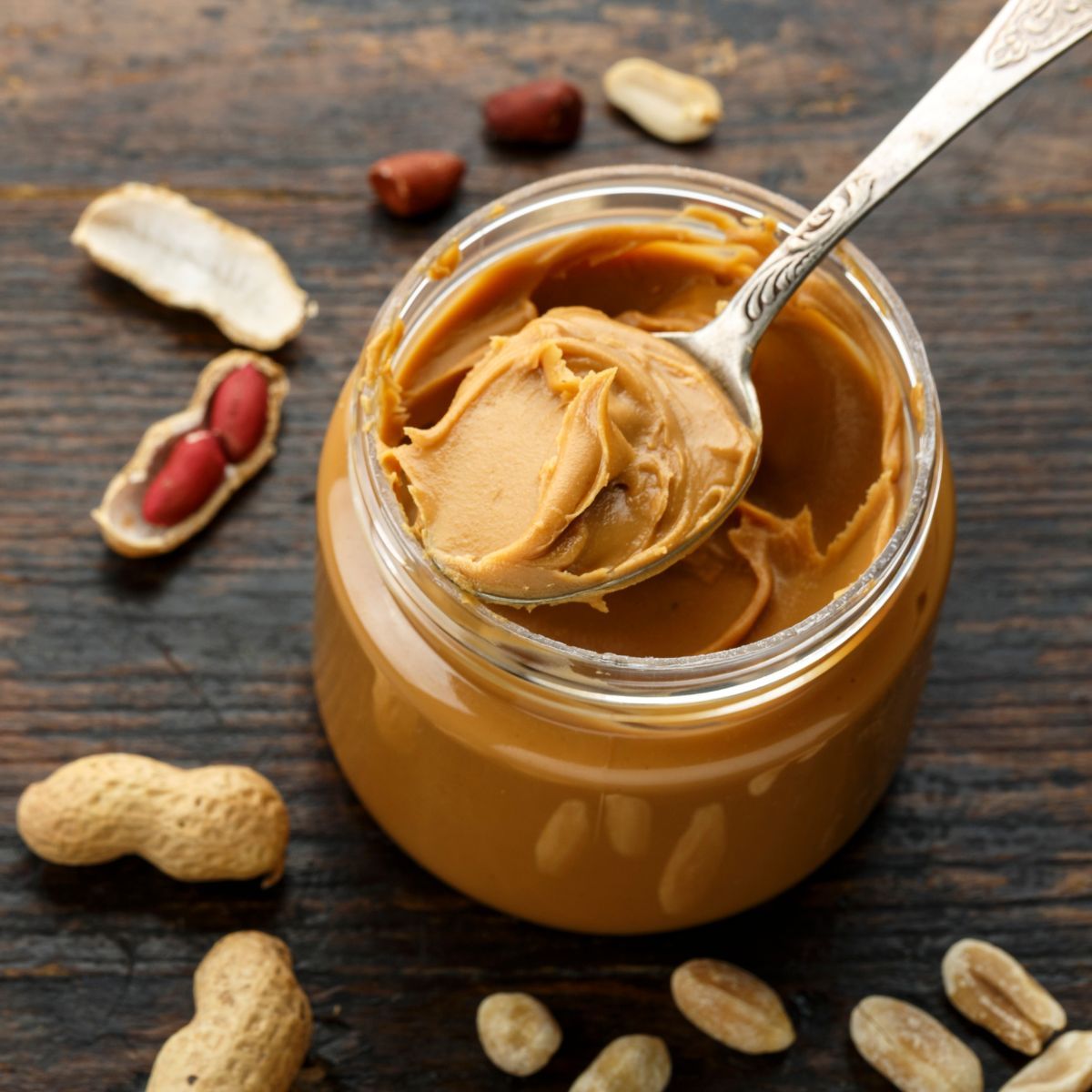 The amount of peanuts in a jar of peanut butter are far more than you expect.

It’s certainly more peanuts than you could eat yourself in one sitting.

Generally, it is estimated that in a 12-ounce jar of peanut butter, there are about 540 peanuts.

That amounts to 45 peanuts to create each ounce of the stuff.

In those mammoth family-sized jars at the wholesale clubs, there are even more than that at about 1,800 peanuts per 40-ounce jar.

That’s a lot of deliciousness right there, but also plenty of nutrition.

Peanuts, even as peanut butter, are an excellent source of protein, hence why this paste of peanuts was made in the first place.

They also contain magnesium, vitamin E, and niacin and are free of cholesterol and low in saturated fats.

With high levels of monounsaturated fats, peanut butter is good for your heart too.

ALSO READ: How is Gluconeogenesis vs Glycolysis Different?

Other Surprising Revelations About Peanut Butter

The next time you reach for peanut butter to spread on bread or crackers, you can think about the FDA’s regulation from the 1960s.

It states that peanut butter needs to legally contain at least 90% peanuts.

To be sure that you’re getting the best peanut butter, read the labels. If it’s not made with 90% peanuts, then it will be called ‘peanut butter spread’ instead.

Even though you might have wondered how many peanuts are in a jar of peanut butter, you may not have realized water is involved in the process.

It takes an average of about 4.7 gallons of water to make an ounce of shelled peanuts.

However, for other nuts like almonds or walnuts, it takes far more to make an ounce.

For almonds, it’s over 80 gallons while for walnuts, it’s nearly 74 gallons.

That’s the same family as lentils, beans, and peas.

ALSO READ: Why did Jack in the Box discontinue Potato Wedges and cause an uproar?

How to Eat Peanut Butter

Peanut butter can be spread on your favorite bread or crackers.

You can also use it to dip and dunk fruits and even vegetables.

Some people use it to create a peanut sauce for dipping spring rolls or satay.

And of course, peanut butter is very welcome in the desserts community, turning up in cookies, cakes, brownies, pies, and more.

If you love peanut butter, you’ll be likely to eat nearly 3,000 peanut butter and jelly sandwiches in your lifetime.

Grape jelly is certainly used, though not as often as strawberry.

Raspberry jam is sometimes used too, though it falls behind grape in popularity when smeared with peanut butter.

Perhaps a giant peanut butter and jelly sandwich would appeal to you.

In November of 2010, the world’s largest PB&J on record was created in Grand Saline, Texas.

It was massive, weighing in at over 1,300 pounds and filled with about 300 pounds of peanut butter with 200 pounds of jelly.

Now that you know a bit more about how many peanuts are in a jar of peanut butter and more facts about this spread in general, you can spread the news the next time you’re gathered at the table eating with family and friends.