GLP-1 receptor agonists are a class of drugs that are used to treat type 2 diabetes mellitus.

These drugs affect glucose control through several mechanisms, including slowed gastric emptying, enhancement of glucose-dependent insulin secretion, and reduction of postprandial glucagon and of food intake.

They work by mimicking the effects of the incretin hormone GLP-1, that is released from the intestine in response to food intake.

GLP-1 receptor agonists are injected into the abdomen, upper arm, or thigh either once a day, twice a day, or once a week.

Here is a comparison between Trulicity and Bydureon, two GLP-1 receptor agonists:

In 2014, it was approved by the US Food and Drug Administration as an adjunct to exercise and diet to improve glycemic control in people with type 2 diabetes.

It is manufactured by Eli Lilly and Company.

Bydureon is an injectable medicine that is used to improve blood sugar control in patients with type 2 diabetes mellitus.

Bydureon (exenatide) is the same drug as Byetta, with the exception that Bydureon is slower released needing one injection every seven days.

Trulicity works by attaching to receptors of glucagon-like peptide 1 (GLP-1), that are found on the surface of the cells in the pancreas, and stimulating the receptor to release insulin.

Bydureon acts in the same way as incretins by increasing the amount of insulin released by the pancreas in response to food.

Possible side effects of Trulicity include:

Possible side effects of Bydureon include:

There are 2 dosages available for Trulicity: .75 milligrams and 1.5 milligrams. The initial dose is 0.75 mg subcutaneously once a week.

The maximum recommended dosage is 1.5 mg subcutaneously once a week. This drug should be injected on the same day of each week.

The recommended dose of Bydureon is 2 mg subcutaneously once every week (on the same day each week) in the back of the upper arm, abdomen (belly), or thigh.

These injections must not be injected into a muscle or a vein.

To make sure this GLP-1 receptor agonist is safe for you, tell your healthcare professional if you have:

The use of this GLP-1 receptor agonist is not recommended in patients less than 18 years of age. Also, it is not for the treatment of diabetic ketoacidosis or type 1 diabetes mellitus.

Do not use this GLP-1 receptor agonist if:

Moreover, this GLP-1 receptor agonist is not recommended for children and adolescents under 18 years of age.

Trulicity may interact in a negative way with the following medications:

Bydureon may interact in a negative way with the following medications:

Using alcohol with these GLP-1 receptor agonists may cause interactions to occur.

It’s unknown whether an unborn baby can be harmed if the mother takes these GLP-1 receptor agonists. Also, it’s not known if these diabetes drugs pass into breast milk.

Talk to your healthcare provider if you are pregnant or breastfeeding before taking these GLP-1 receptor agonists.

Trulicity (dulaglutide) is a diabetes medicine which is used in adults with type-2 diabetes mellitus to control their blood glucose level. It works by stimulating the body’s natural production of insulin. It is not prescribed to patients with type 1 diabetes.

Bydureon (exenatide) is used alone or with other diabetes medications to improve blood glucose levels for patients with type 2 diabetes. It mimics the action of a naturally occurring hormone GLP-1. It is not insulin and does not substitute for insulin.

In conclusion, the GLP-1 receptor agonists are valuable options for the treatment of type 2 diabetes as monotherapy or as adjunctive therapy as they effectively lower A1C while having a low risk of hypoglycemia.

Alternatives to Bydureon and Trulicity 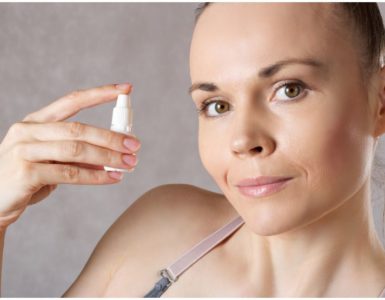 Pazeo vs Pataday (Olopatadine) – Which Are The Best Over-The-Counter Eye Drops?

Allergic conjunctivitis, also known as pink eye, usually occurs when an individual’s eyes come into contact with an allergen, a substance which makes the body’s immune system to overreact. Pink eye does not...