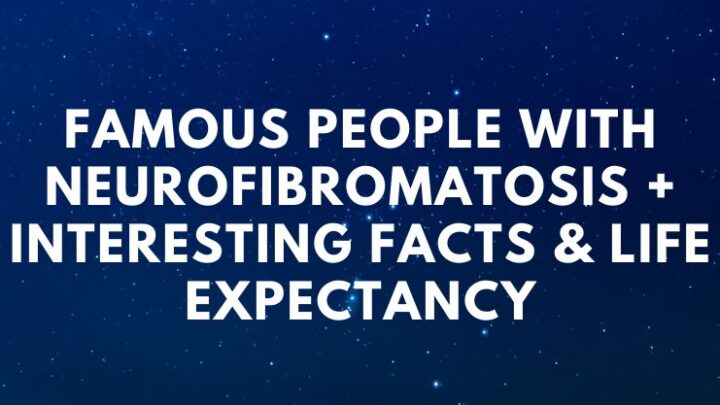 Neurofibromatosis is a genetic disorder that causes tumors to grow on nerve tissue throughout the body.

It is classified into:

Neurofibromatosis type 1 (NF1) presents with a variety of characteristic abnormalities of the peripheral nervous system and the skin and affects about 1 in 3500 people.

Individuals with NF1 have multiple flat patches on the skin which are darker than the surrounding area, called café-au-lait spots.

Patients with neurofibromatosis type 1 have an increased risk of developing tumors of:

Moreover, over 50% of children with neurofibromatosis type 1 have learning disabilities that persist into adulthood.

NF2, also known as bilateral acoustic NF, occurs in 1 in 40,000 births. Complications associated with NF2 include:

It is the rarest type. This condition causes non-cancerous tumors to develop in special cells which surround nerves.

The onset of symptoms is typically at puberty for both females and males. Schwannomatosis causes intense pain.

Neurofibromatosis type 1 is due to an alteration of a gene, called the NF1 gene, located on the 17th chromosome.

The NF1 gene product, neurofibromin, acts as a tumor suppressor.

Neurofibromatosis type 2 is caused by a mutation on chromosome 22.

A parent with NF1 or NF2 has a 50 percent chance of passing the gene on to each of their children.

In the other 50% of patients, a spontaneous genetic mutation occurs with no family history, no known cause, and no hereditary link of the disease.

Schwannomatosis is a genetic condition, however, its inheritance pattern is much less clear than for both Neurofibromatosis type 1 and 2. Some cases of schwannomatosis are thought to be caused by a mutation in the SMARCB1 gene.

Symptoms for NF1 include:

Symptoms for NF2 include:

Schwannomatosis is described by multiple schwannomas on nerves throughout the body.

Other symptoms may include weakness due to nerve or spinal cord compression and pain.

Note – many suferrers with schwannomatosis go a few years before the source of their pain is discovered as they have no or few neurological symptoms.

No cure exists for neurofibromatosis, nevertheless, the treatment mainly focuses on managing symptoms.

If there are no complications, the life expectancy of patients with neurofibromatosis tends to be lower than in the general population with 10 to 15 years.

Prompt diagnosis and treatment of the symptoms may improve life expectancy to more than 15 years following diagnosis.

Genetic counseling is recommended for anyone with a family history of neurofibromatosis.

Aaron Anderson is the brother of Gillian Anderson, an American-British television, film, and theatre actress, writer, and activist.

Her later roles include:

During an interview, Gillian Anderson said that:

”one of the hardest things about neurofibromatosis is that it is progressive.”

Anderson went on to say:

”In Aaron’s case, we are as supportive as we possibly can be with where he is at this time, however, the reality is that it can progress and affect him more seriously on a physical level at any time in his life.”

After a three-year battle with brain cancer that was most likely connected to NF, Aaron Anderson died on September 22, 2011. After Aaron Anderson passed away, Gillian became a spokesperson for neurofibromatosis.

Munya “Mony” Yassir appeared in 9 episodes of Degrassi: The Next Generation (2001), in season 2.

Her work on Degrassi: The Next Generation had earned her the Roger Abbott and Don Ferguson Award for Achievements in Performing Arts. Currently, Munya is confined to a wheelchair due to neurofibromatosis.

READ MORE: Sharp or Stabbing Pain In Ovaries When Coughing

Alexander Owens is a boy that is afflicted with neurofibromatosis 1.

According to his mother, Diane, he is lucky as at this point he does not suffer from notable physical setbacks which can plague children with neurofibromatosis 1, including physical deformity, severe pain, or learning disabilities.

To raise money for Alexander and to promote awareness of this tragic disease, Diane is running marathons.

Nick Gilbert, the oldest son of the owner of the Cleveland Cavaliers and Jennifer Gilbert, was diagnosed with neurofibromatosis 1 as a toddler.

Starting when Nick Gilbert was 15 months old, Dan said he and his wife, Jennifer, took Nick to numerous oncology centers for evaluation and treatment.

Dan Gilbert also said that his son has handled all visits to the hospitals and doctors and chemotherapy very well.

To raise funds and increase awareness of neurofibromatosis, Dan Gilbert and his wife created an annual inspirational extravaganza in Detroit, called the beNeFit.

In addition, Dan is on the Board of Directors of the Children’s Tumor Foundation.

“I was proud to help the fight to develop a cure for NF. I hope my positive attitude continues to be an example for other kids with NF,” said Nick Gilbert in 2011 when he served as the 2011 CTF Ambassador.

Dwight played the 2nd-most career games for the Red Sox of any player.

As a toddler, Justin was diagnosed with a brain tumor.

By age 10, a 2nd tumor was strangling his spine. In 1989, Justin successfully completed surgery to remove a tumor. The operation took place at the University of Massachusetts Medical Center in Worcester.

READ THIS NEXT: Facts About Williams Syndrome 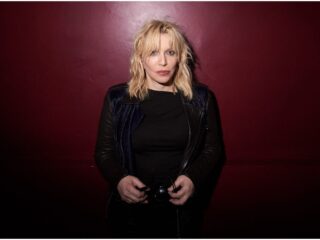