Why do my ovaries hurt when I sneeze?

Ovaries are the female gonads, the main female reproductive organs.

The size of the ovaries changes depending on the woman’s age.

For instance, they shrink after menopause and are larger during the reproductive phase.

Ovaries are located at the ends of the uterine tubes.

The ovaries also secrete the hormones required for the healthy development of the female body in her fertile years.

Some women experience a sharp or stabbing pain in the ovaries when coughing or sneezing. Also, the pain may be felt in right, left or both ovaries.

12 Causes Of Sharp or Stabbing Pain In Ovaries When Coughing or Sneezing:

Round ligament pain refers to a type of cramping that is caused by stretching of the round ligaments.

The pain is a sharp, jabbing pain on one or both sides of your abdomen.

The round ligaments connect from the front part down into the groin region, and support and surround your uterus.

The condition is common during pregnancy, and you are likely to first notice it during the 2nd trimester. Sneezing, coughing, quick movements, or laughing may also trigger shooting pains.

It is a medical emergency that occurs when your appendix becomes swollen, sore, and diseased.

The appendix is a thin, finger-shaped tube that is joined to the large intestine.

Symptoms of acute appendicitis include:

A bowel obstruction means there is a blockage in the bowel.

Obstruction of the bowel may be due to:

It occurs when an ovary becomes twisted around the tissues that support it.

A bladder infection is a frequent condition with up to 30 percent of women experiencing it at least once during their life.

Symptoms of a bladder infection may include the following: 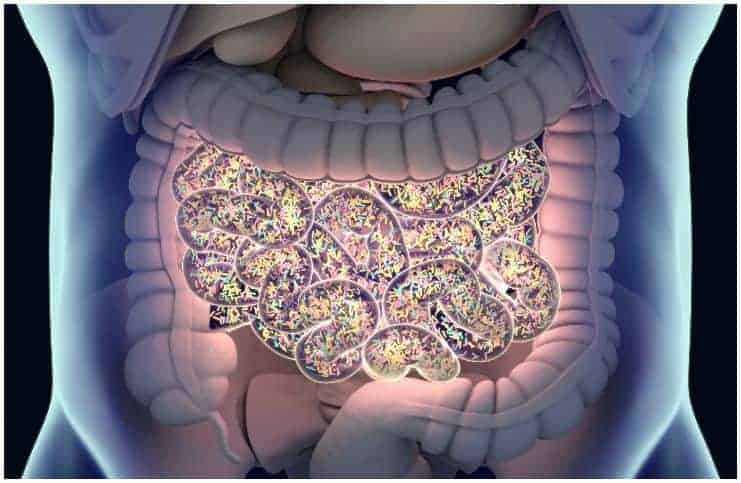 Diverticulosis is the simple presence of diverticula, the small pouches or bulges which can form anywhere in the colon.

About 10 to 25% of individuals with diverticulosis will go on to develop diverticulitis.

Also, an estimated fifty percent of Americans are thought to have the condition by the age of 50 years.

The symptoms tend to be more serious and include:

Most ovarian cancer cases start in the cells which line the ovaries, fallopian tubes (also known as uterine tubes), and other organs.

According to the American Cancer Society, about 1 in 75 women will develop ovarian cancer.

In the United States, ovarian cancer represents 1.3% of all new cancer cases, according to the National Cancer Institute. Worldwide, it affects a quarter of a million women each year.

The most common symptoms of women with ovarian cancer include:

Note – ovarian cancer symptoms either mimic common digestive and stomach issues that are often mistaken for minor ailments or aren’t apparent in the early stages of the disease.

It is a condition where the tissue that lines the womb is found outside the womb. The condition affects about 11% of American women. Worldwide, endometriosis affects around 181 million women.

The symptoms of endometriosis include the following:

Possible factors which may have a role in causing endometriosis include:

Notes – it can take up to 10 years for women to be diagnosed with endometriosis. Pregnancy may relieve symptoms, however, it is not a cure for the disease.

It is an infection of the inner lining of the tummy. Symptoms include:

It refers to infection and inflammation of the fallopian tubes, uterus, and/or ovaries in women.

They are fluid-filled sacs in the ovary. Symptoms can appear as the cyst grows and may include: