Borderline personality disorder (BPD) is a long-term pattern of “abnormal behavior” that is characterized by an unstable sense of self, emotions, and relationships with other people.

About 1.7% of American adults have BPD in any given year, according to the National Institute of Mental Health.

A history of abuse, trauma, and neglect during childhood is frequent in patients with borderline personality disorder.

Common symptoms of BPD include:

Note – to be diagnosed with this disorder, the patient must experience at least 5 of the above symptoms.

Treatment for BPD may involve individual or group psychotherapy.

Dr. Perry D. Hoffman, the co-founder of the National Education Alliance for Borderline Personality Disorder, said ”People with BPD can get out of the mental health system. It’s not a lifelong diagnosis.”

List of Celebrities, Actors, and Other Famous People With Borderline Personality Disorder (BPD): 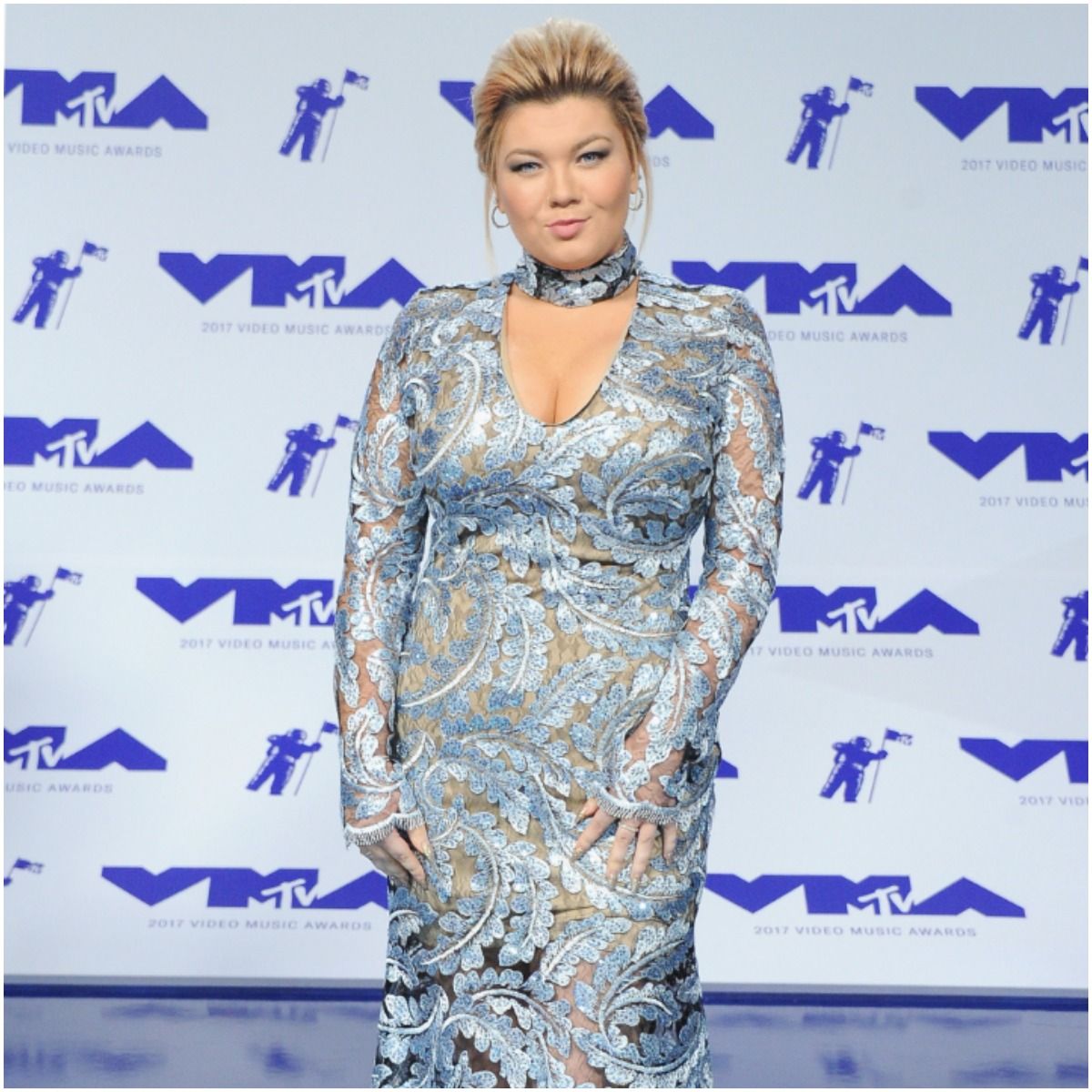 In 2017, Amber revealed she suffers from BPD. She said in an interview:

”After seeing my current psychiatrist for a couple of months, he diagnosed me with borderline personality disorder.”

Portwood went on to say:

”When I got the diagnosis, I wanted to keep it a secret. While everyone knew about my other diagnoses – I’ve had anxiety since I was a kid, for as long as I can remember – I guess it was tragic to think I had another mental disorder.”

Forrest is a British-American film director, novelist, and screenwriter. Emma has been diagnosed with BPD and bipolar disorder. 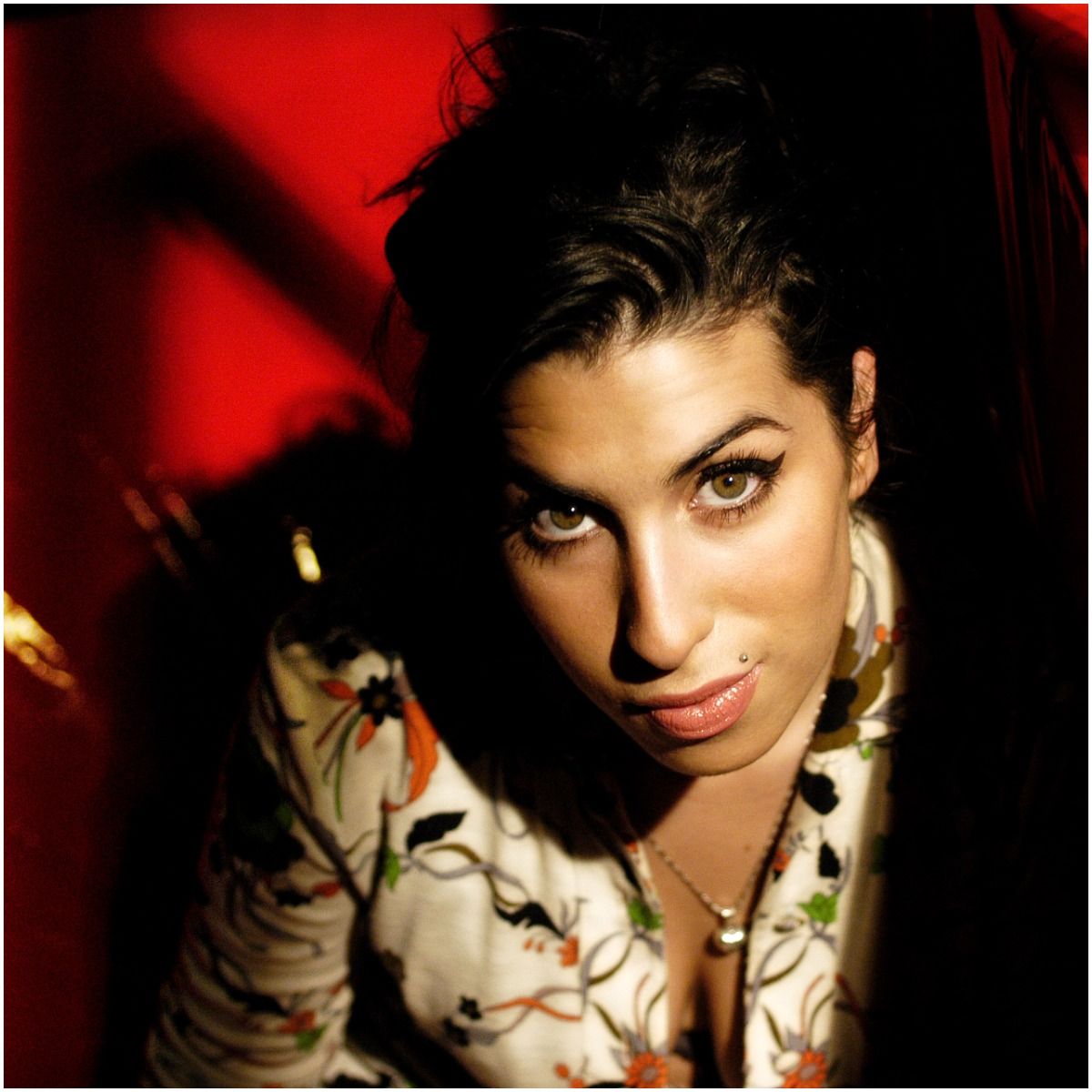 She was a British singer-songwriter who skyrocketed to fame as a result of the multiple Grammy Award-winning album ”Back to Black.”

Many thought that Amy had many borderline personality disorder traits, including the fact that she covered up her problems with drugs and alcohol.

He is an American football linebacker for the Denver Broncos of the National Football League.

In an interview, Brandon said:

”After a couple of years of volatile behavior, I found myself at Mclean Hospital, where I was diagnosed with BPD.” 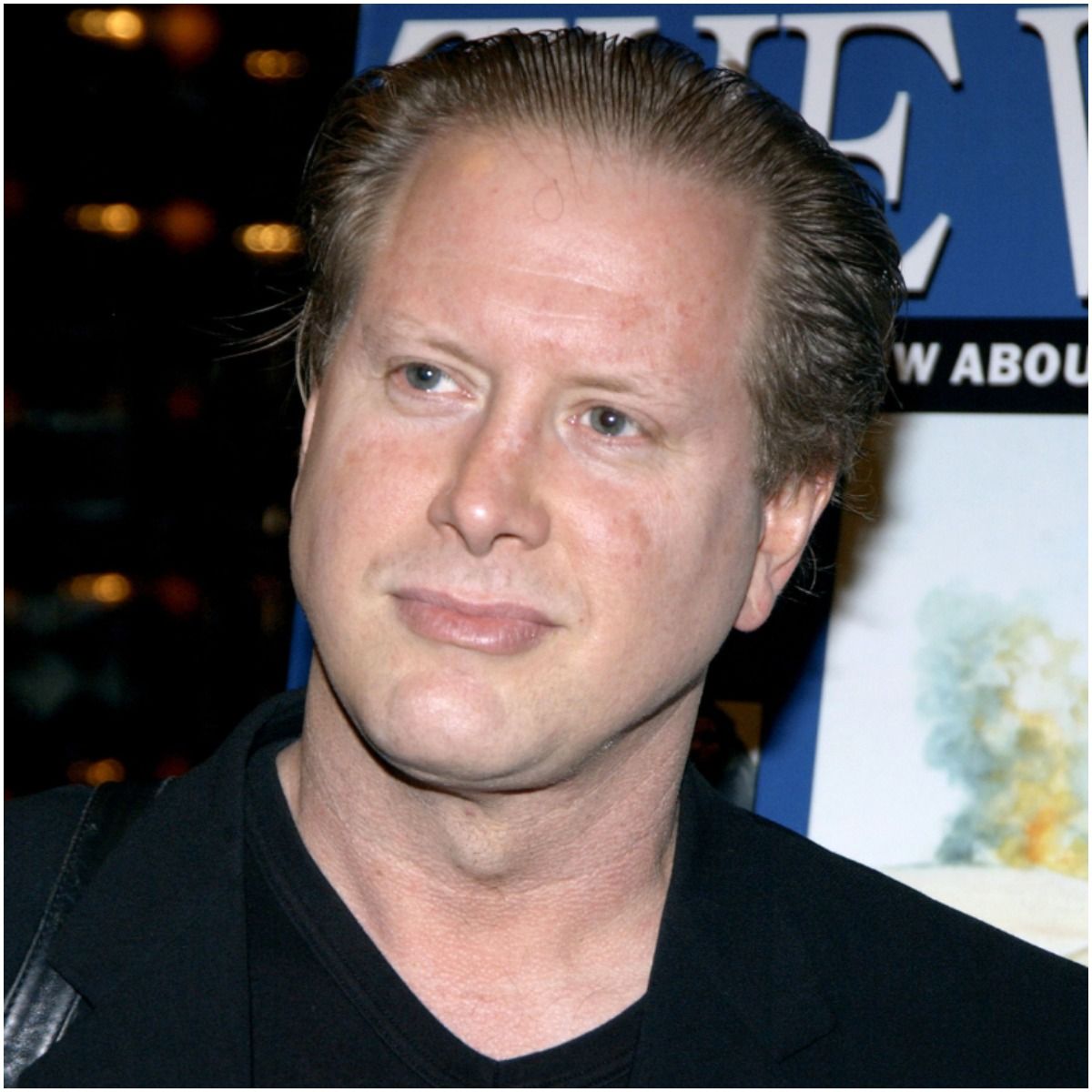 He is a stand-up comedian, actor, and impressionist who is best known for his spot-on impression of former president Bill Clinton and his long stint on Saturday Night Live.

When he left Saturday Night Live, Darrell was the oldest cast member in the show’s history. 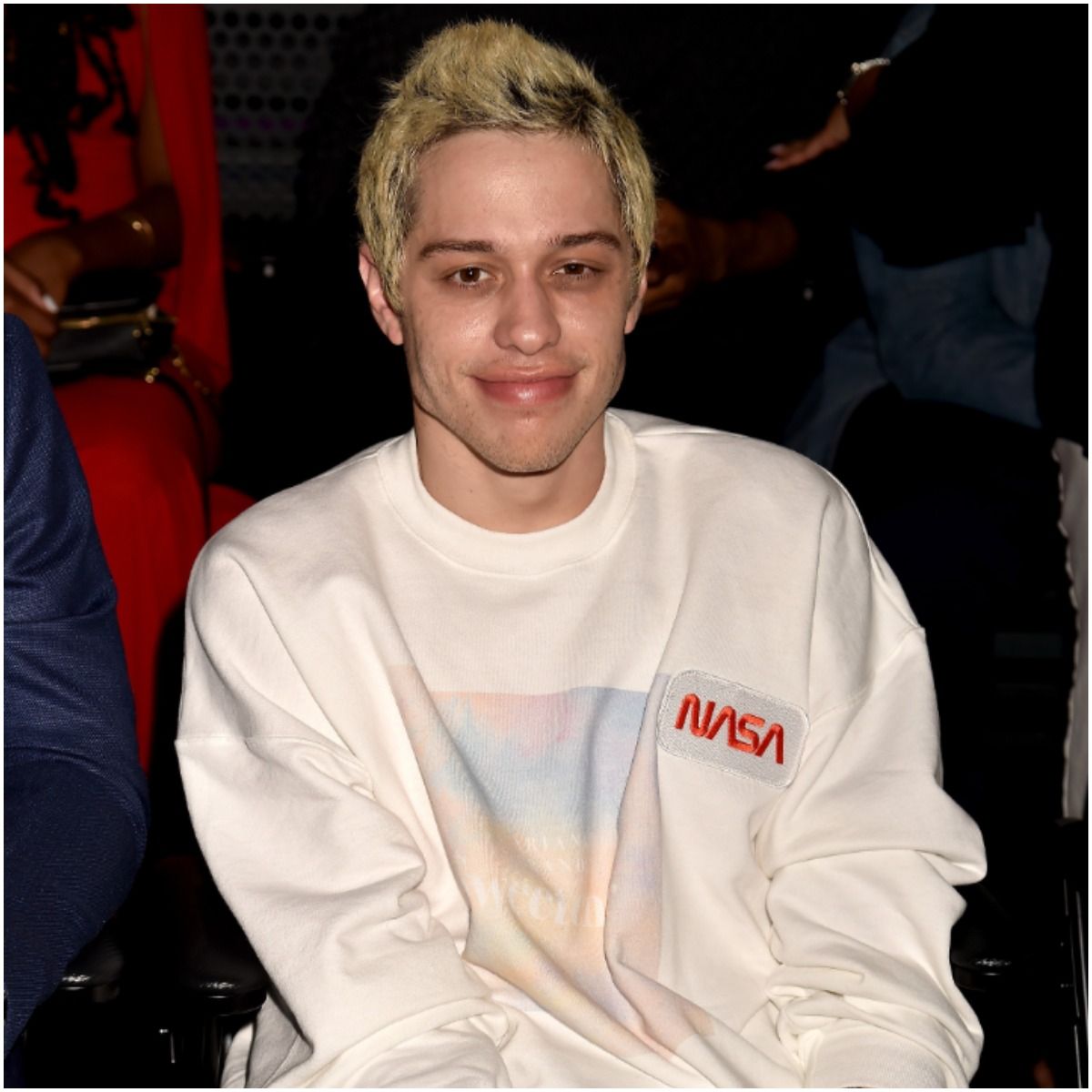 He is an American actor and comedian who is best recognized as one of the main cast members on the show ”Saturday Night Live.”

Pete has spoken openly about his mental illness. In addition, he responded to the ignorant shaming via an Instagram story. He wrote on Instagram:

“I’ve been getting online bullied and in public by people for 9 months.”

”I’ve spoken about BPD and being suicidal publicly only in the hopes that it will help bring awareness and help kids like myself who don’t want to be on this earth.”

He believes that losing his father at age 7 to the terrorist attacks at the Twin Towers had a significant impact on his mental health.

She was an American comedienne, singer, actress, and model who became one of the world’s most enduring iconic figures.

1961 was the year of her last film appearance in the drama The Misfits, which was co-written by Arthur Miller, her husband at the time.

Interestingly, her mother Gladys struggled to cope with bringing up her children and had a turbulent mental state.

He is an American comedy writer and stand-up comedian based in the San Francisco Bay Area.

BPD destroyed his marriage and career and Ieft him homeless in San Francisco for almost a year. He said for CNN:

”It took three years and three therapists, and being clean and sober, before I ever heard of ‘Borderline Personality Disorder.”

”The disorder got in my mind and said, you know, things like ‘If she [his wife] hangs up the phone one more time, I’m going to break something.'” 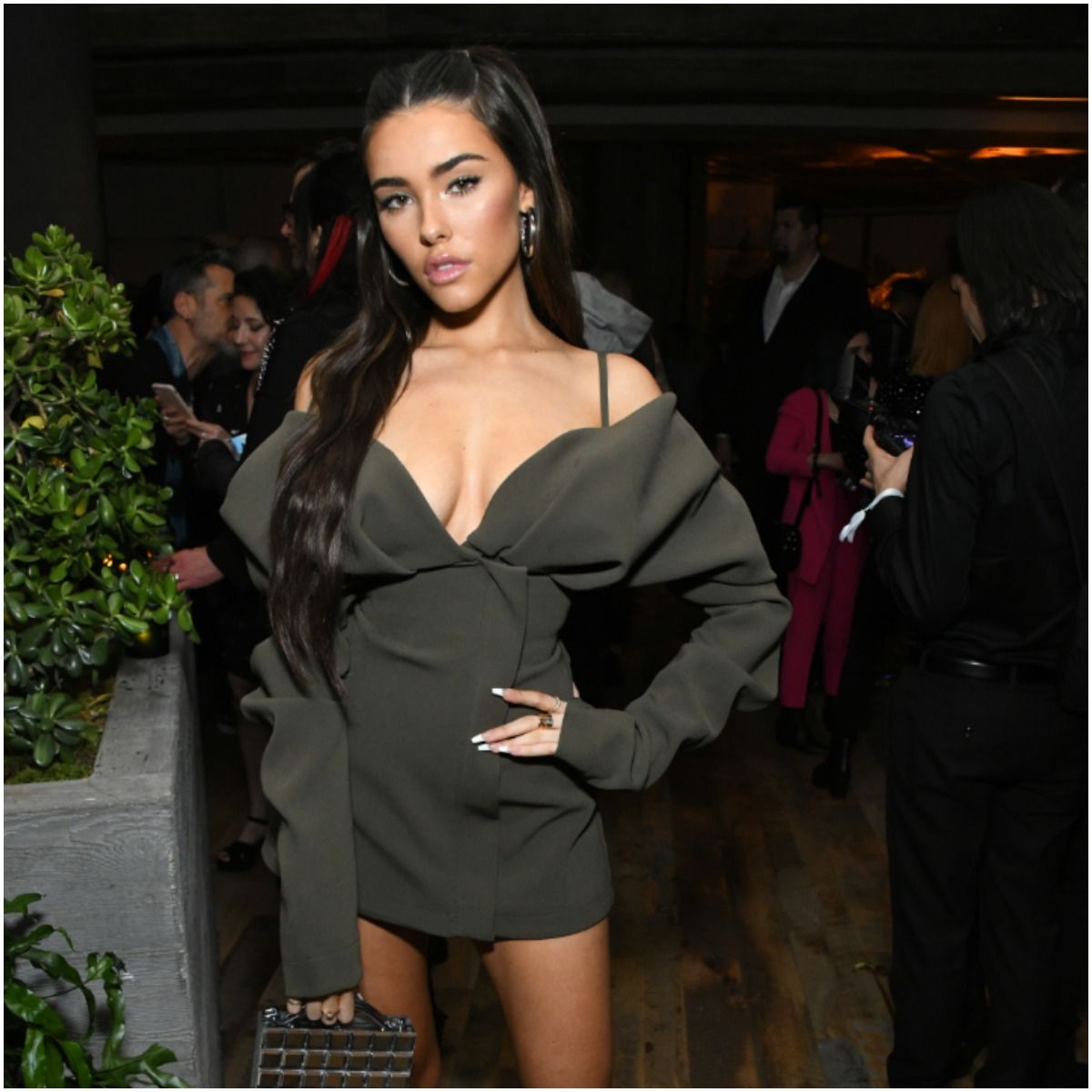 Madison Beer has spoken publicly about being diagnosed with borderline personality disorder.

“The BPD community is very loving and accepting and I have met a lot of friends in it already,” Madison told Belfast Telegraph. ”I am really lucky that I have such an amazing therapist who has helped me navigate it.

She was the former consort of Charles, Prince of Wales, and the mother of the heir second in line to the British throne, Prince William, Duke of Cambridge.

During her life, Princess Diana spoke about her depressions, her bulimia, her suicide attempts, her self-mutilation, and her chronic feelings of loneliness and emptiness. 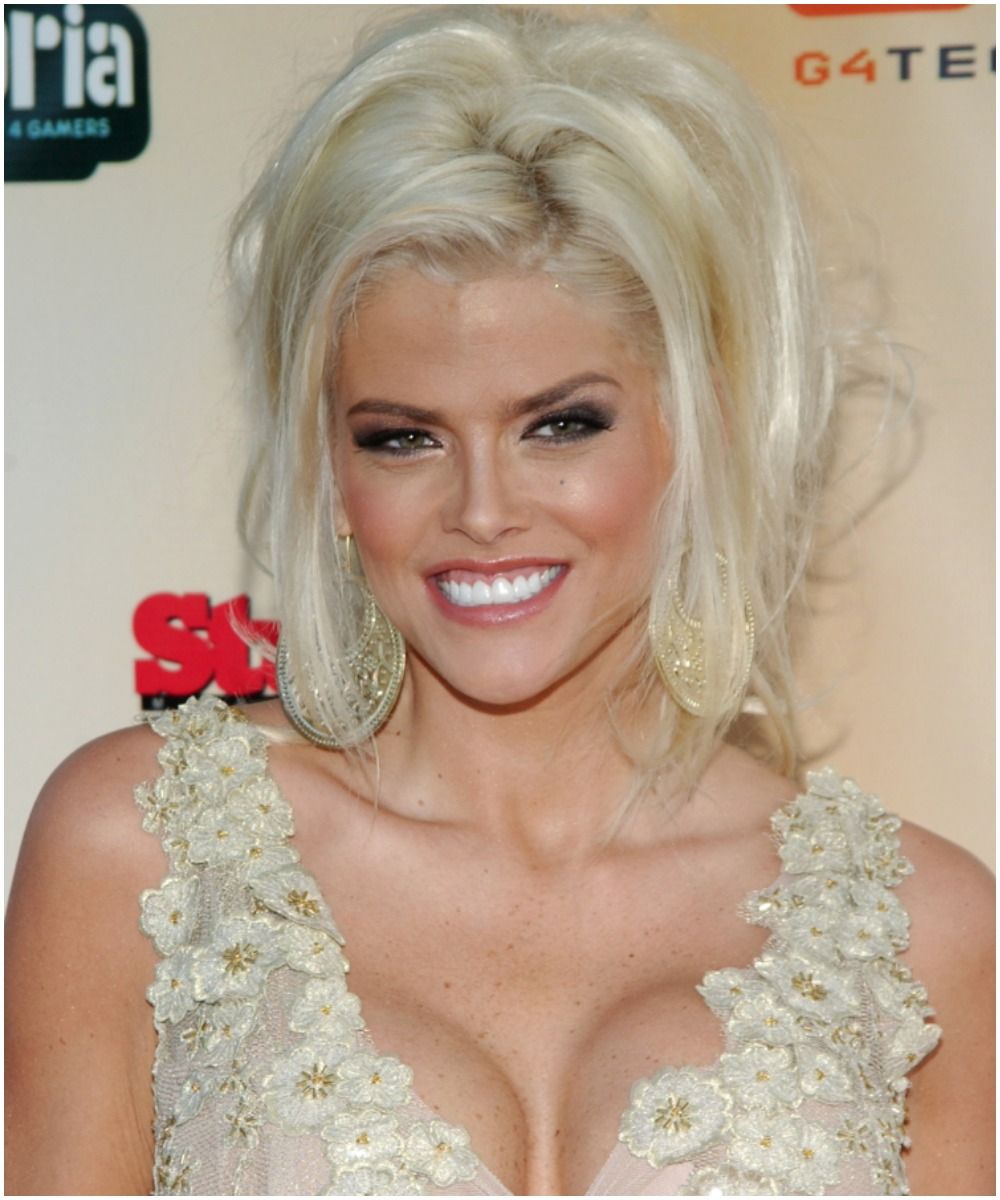 She was an American actress, model, and television personality who first gained popularity in Playboy when she won the title of Playmate of the Year.

She is an American songwriter, actress, singer, and visual artist who spent time in reform school and became a stripper at age 16.

Love formed Hole in 1989 and was the lead singer and rhythm guitarist.

In her book, Kim Gordon writes about her encounters with Courtney Love. According to LoudWire, Kim even suggested Love might have a borderline personality disorder:

”No one ever questions the disorder behind her tarantula LA glamour – sociopathy, narcissism – because it’s good rock and roll, good entertainment!” 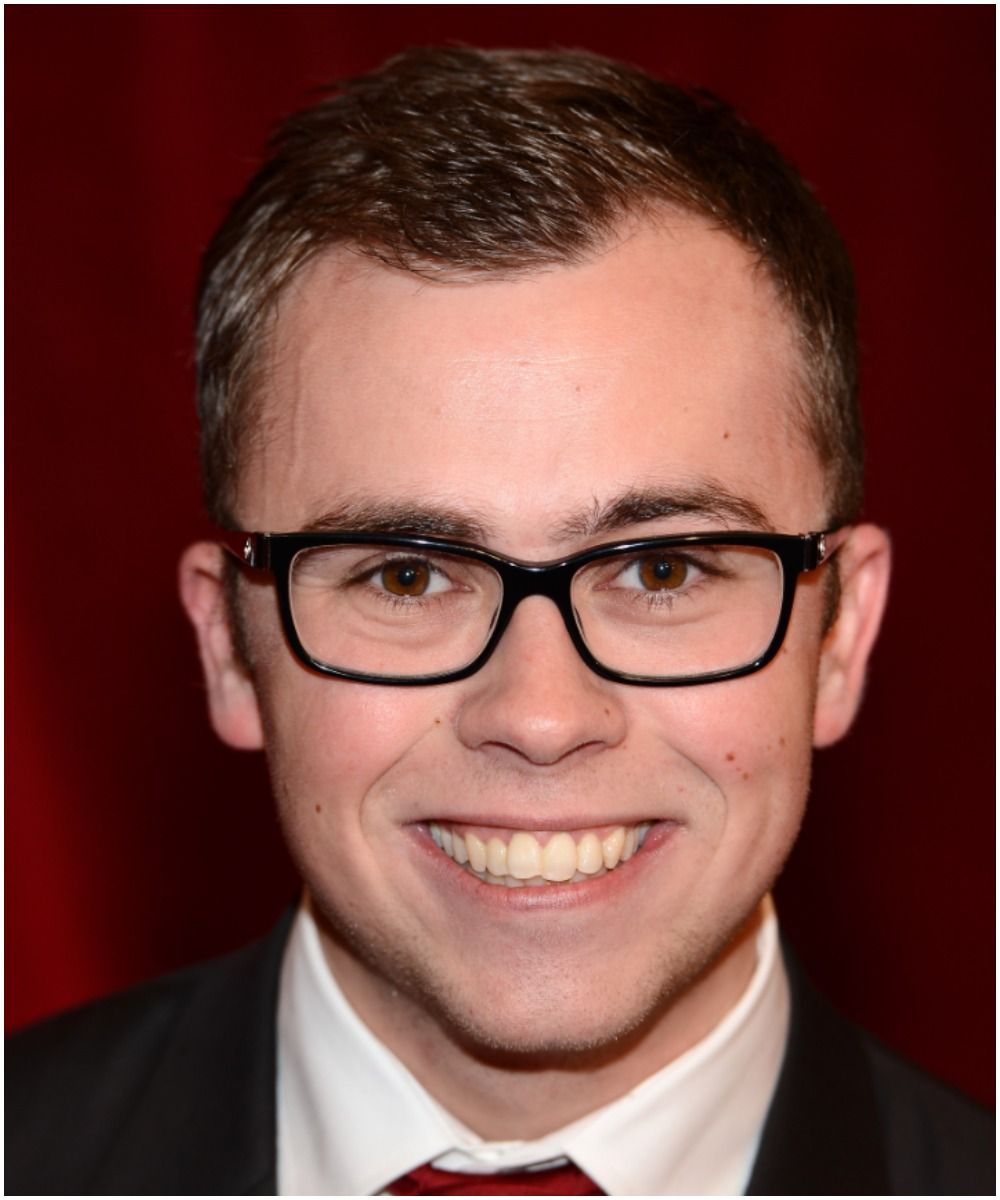 Tracini is an English actor and presenter who starred in the Boomerang children’s sitcom My Spy Family and the BBC Three comedy series Coming of Age. His TV career started in 2004 when he was a guest on ”Prove It!.”

According to EDP24, Joe lives with borderline personality disorder.

In 2015, Nikki spent 5 weeks in a psychiatric ward where she was diagnosed with an emotionally unstable personality disorder.

In 2017, Nikki wrote for Independent:

”I have lived with BPD most of, if not all of, my life. It first manifested enough to have medical intervention in my teens but working with psychiatrists and channelling back it is most likely I have had it all of my life.”

She has revealed in an interview:

“One of my biggest supports has been my husband and due to BPD and the way it can make you act out, unfortunately, we separated earlier on this year.” 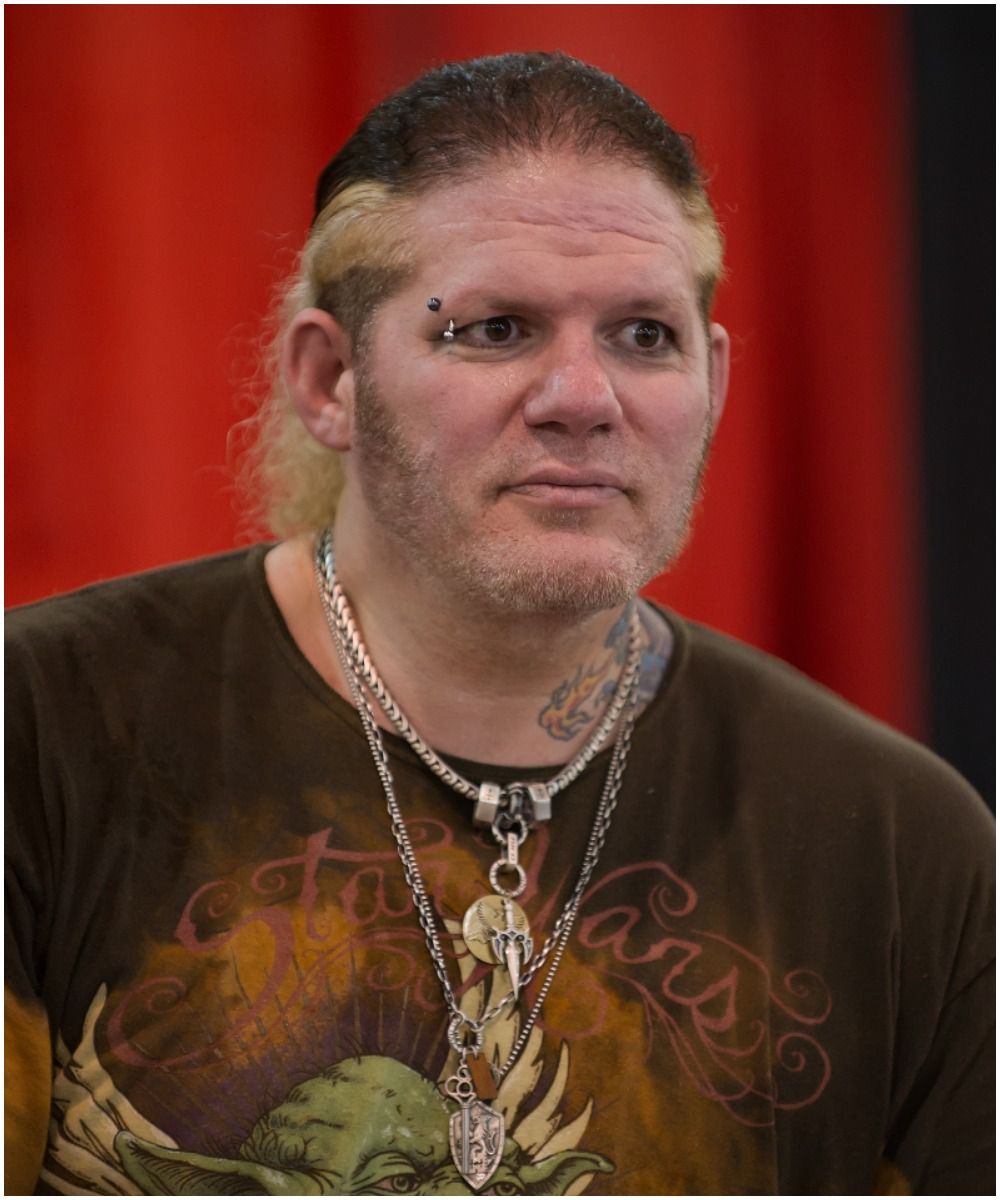 Raven has histrionic, borderline, and narcissistic personality disorder. He said in an interview:

Scott went on to say:

”It stems from me not being abused as a child, but being neglected as a child. That was just as bad, if not worse than abuse.”

She was adopted as a baby by Steven Spielberg and his wife Kate Capshaw.

Over the past few years, she has struggled with alcoholism, borderline personality disorder, and anorexia, all of which she says are the result of childhood sexual abuse.

Mikaela also announced her plans to break into the world of adult entertainment. Mikaela said:

”I’m doing this, not out of an urge to hurt anybody or be spiteful about it, I’m doing this because I want to honor my body in a way that’s lucrative.” 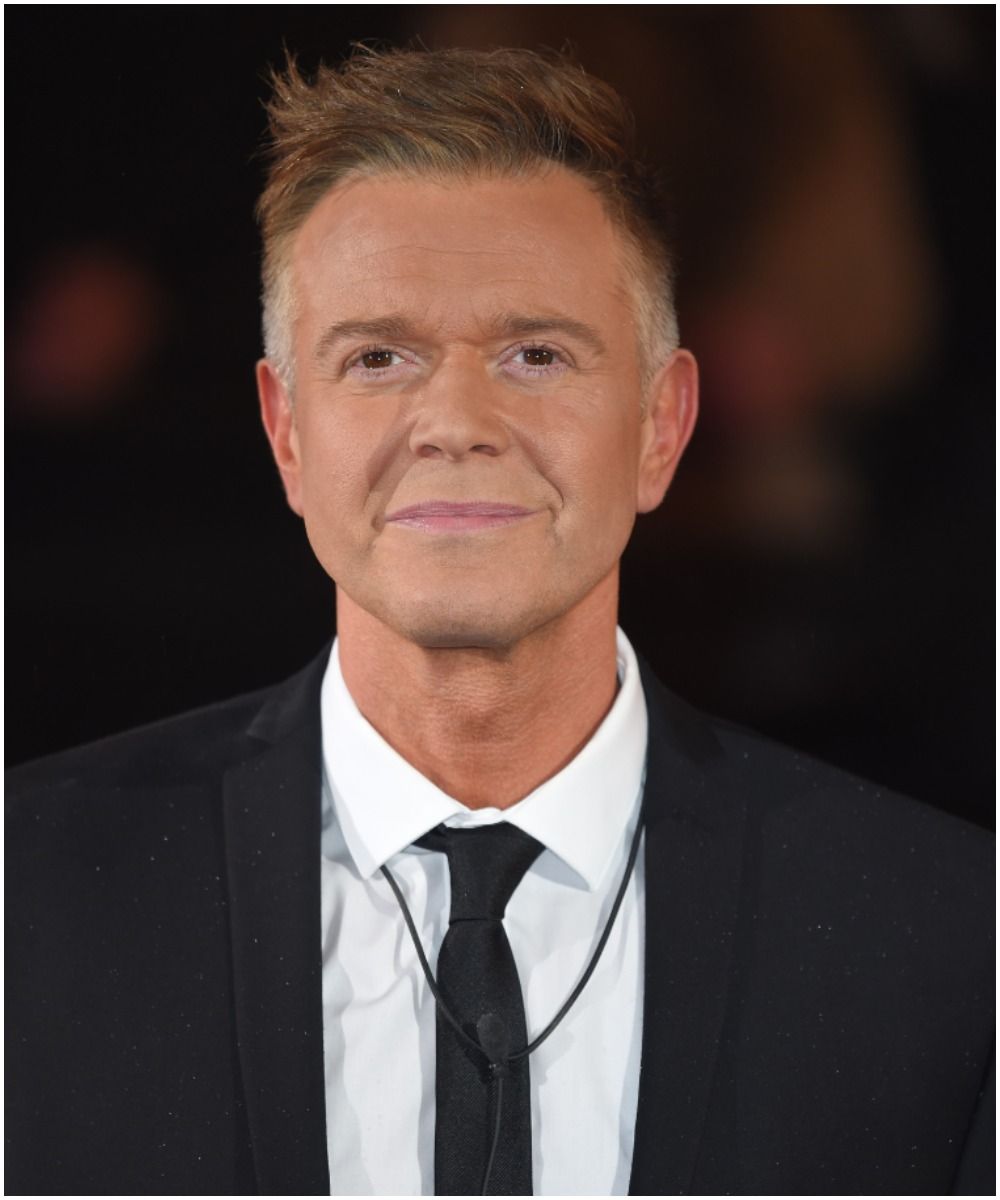 In 2020, Darren Day has opened up about his borderline personality disorder diagnosis.

Wow did you really have to throw Adolf Hilter into the mix? People with BPD have a difficult enough time convincing other people they’re not monsters. Obviously anyone like him has some kind of personality disorder going on but this is at the extreeeeeeeme end of the spectrum and was fueled by amphetamine use and all the people around him who supported him.

It's true though, Hitler exhibits ALL the symptoms, from the rampant hypocrisy, to the way his inner circle had to walk on egg shells, to the way he'd reframe EVERYTHING in his favor and against others, to his brutal lack of sympathy for those he looked down upon.

BPD didn't make him racist, that was the culture of Vienna he grew up in, but it DID make him as brutal as he was about his racism. Without his BPD, the holocaust probably wouldn't have happened.

And you'll have to forgive me for not having sympathy for evil people.