Who are some famous people with acromegaly?

Acromegaly is a clinical syndrome that results from excessive secretion of growth hormone.

It is a very rare condition. According to statistics, approximately 2 new cases of acromegaly occur for every million people.

This syndrome is caused when the pituitary gland (a small endocrine gland attached to the bottom of the brain), which makes too much growth hormone.

Rarely, acromegaly may be caused by the ineffective control of growth hormone-secreting cells by the hypothalamus, a small but crucial part of the brain that contains many regions with a highly specialized function.

This disease occurs during childhood and is characterized by excessive growth.

It results from an excess of growth hormone production.

There have been about 100 known cases of gigantism in the US to date.

The main symptom of gigantism is accelerated growth, which means the child will be unusually tall for his age.

Other symptoms and traits include:

In conclusion, gigantism and acromegaly are one and the same, both forms being caused by an excess of insulin-like growth factor in the body.

However, in acromegaly, the growth factor is present in excess after the fusion of cartilage plates in adulthood.

List of Celebrities, Actors, and Other Famous People With Acromegaly & Gigantism: 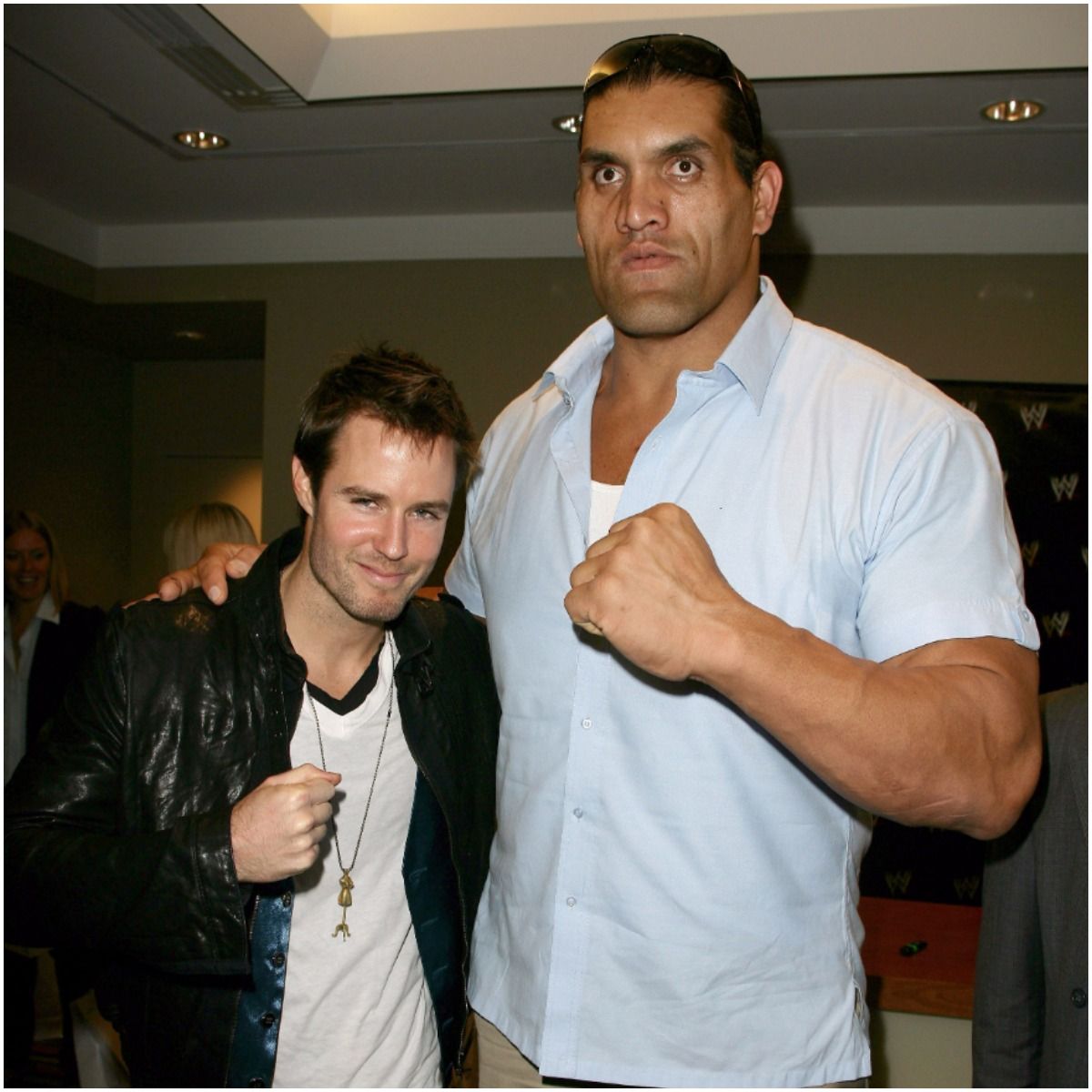 Dalip Singh Rana, better known as Giant Singh or The Great Khali, became a professional wrestler for All Pro Wrestling.

In 1996, the Great Khali made his debut with Tony Jones against West Side Playaz.

His diet is unclear, but it is claimed he maintains his size on a vegetarian diet. In addition, Dalip’s training schedule consists of 2 hours of weight training, morning and evening, seven days per week.

He also made his 1st appearance in a film called – ”The Longest Yard.”

On July 26, 2012, he underwent a brain surgery due to a tumor on his pituitary gland. 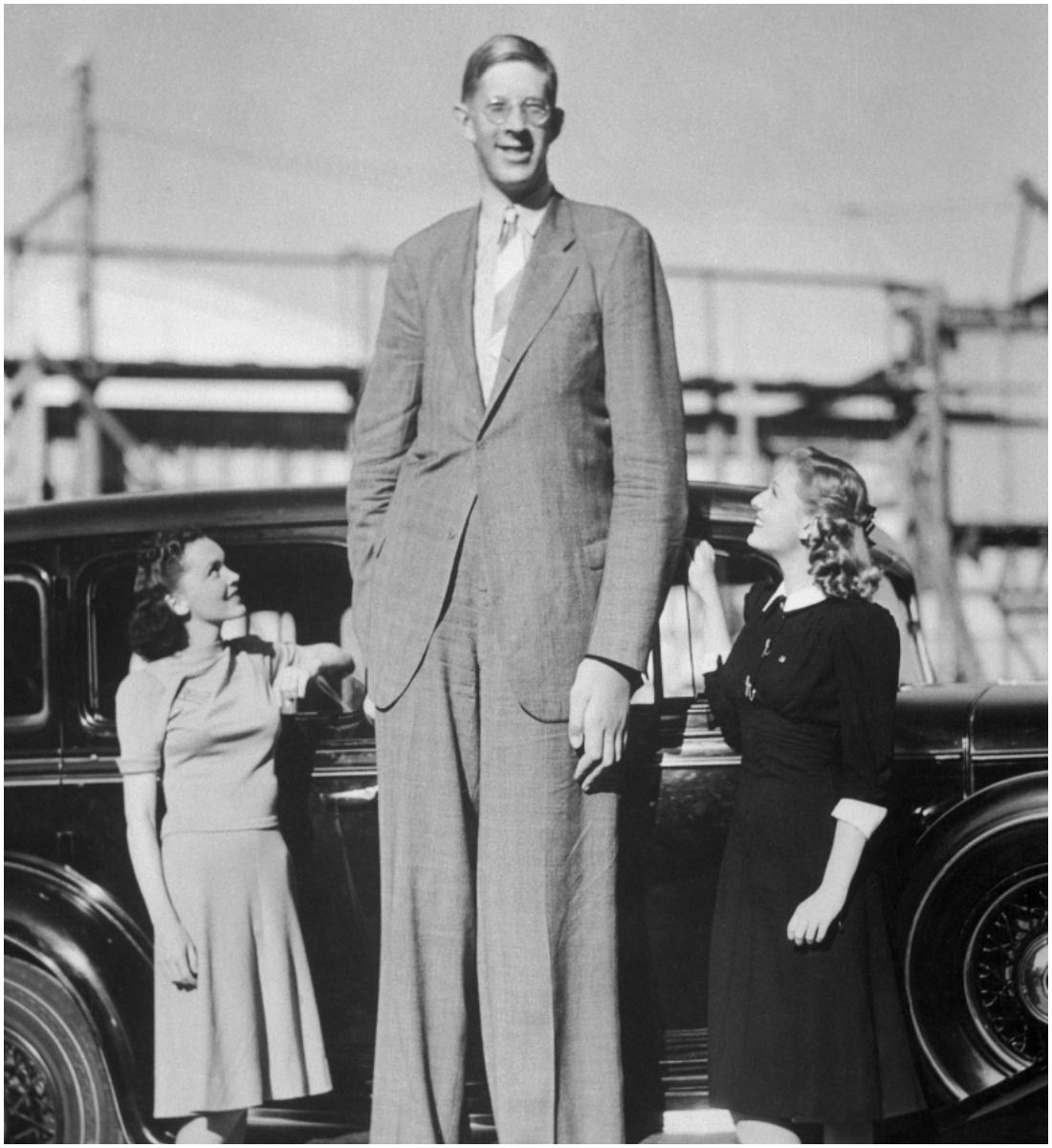 Robert Wadlow, also referred to as the “Alton Giant,” was of normal weight (eight pounds) and height (six ounces).

His height of 8′ 11.1″ qualifies him as the tallest person in history, as recorded in the Guinness Book of Records.

Interestingly, Robert showed no indication of an end to his growth even at the time of his death.

Also, he wasn’t just tall, he also weighed over 400 pounds.

Born in Tennessee in 1868, John suffered a sudden growth spurt at the age of 13 and gained height rapidly.

At 8 ft 9 in, John Rogan is the 2nd tallest human in recorded history and the tallest of African descent.

He was born on January 9, 1881, and grew normally until the age of 7 when his pituitary gland began overproducing growth hormone.

On July 3, 1904, while on tour with the Barnum and Bailey Circus, he collapsed following a performance at the Louisiana Purchase Exposition in St Louis.

This led to massive pulmonary hemorrhage and died at the age of 23. 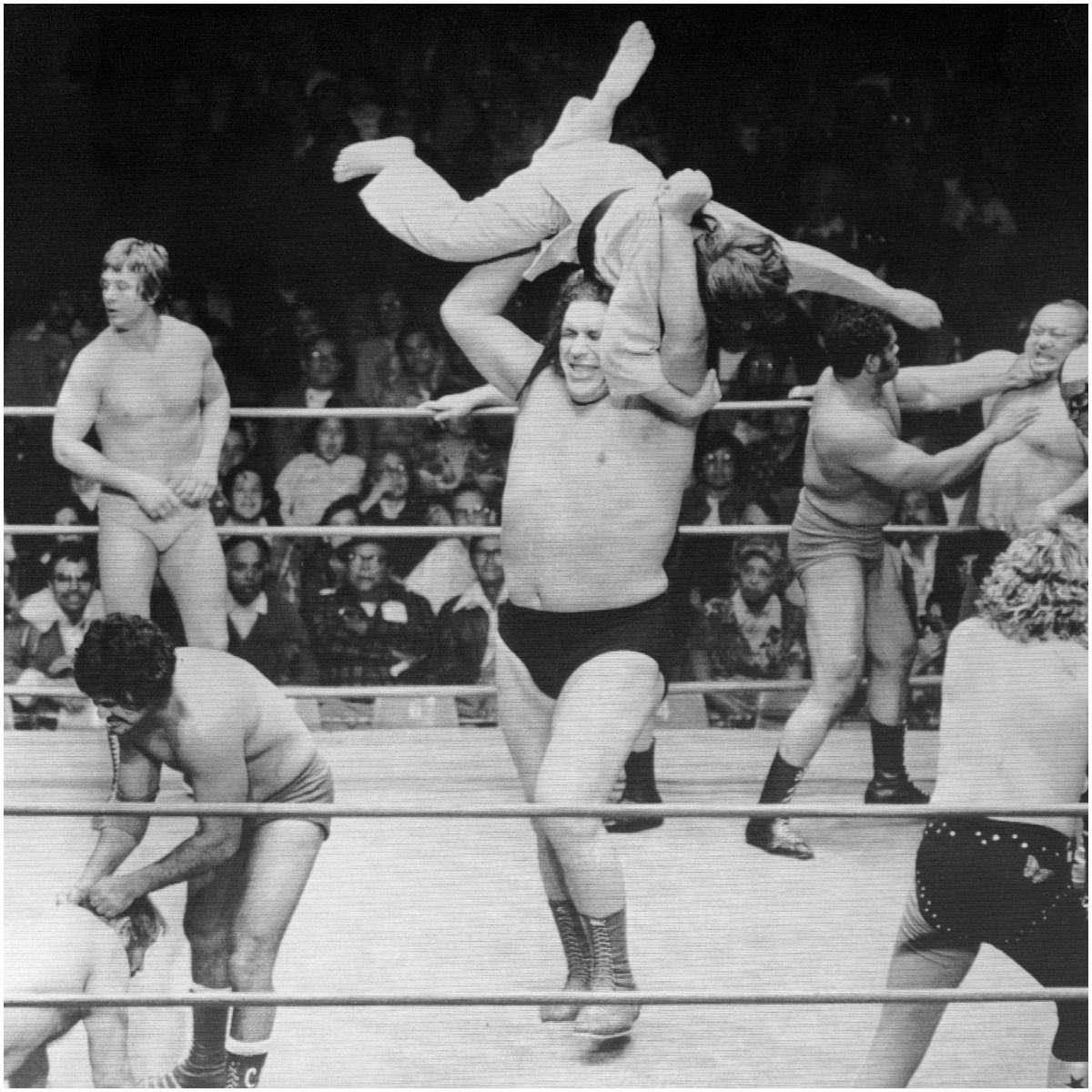 Andre’s massive size was due to gigantism and acromegaly, which ultimately inspired him to become a professional wrestler.

To deal with his increasing symptoms, André The Giant became dependent on both alcohol and drugs.

On January 27, 1993, Andre died of congestive heart failure (occurs when the heart muscle doesn’t pump blood as well as it should) while sleeping in a hotel room in Paris, France. Despite his short life, he left a lasting legacy as one of the most famous wrestlers in history.

There are some rumors that his grandfather also suffered from acromegaly. 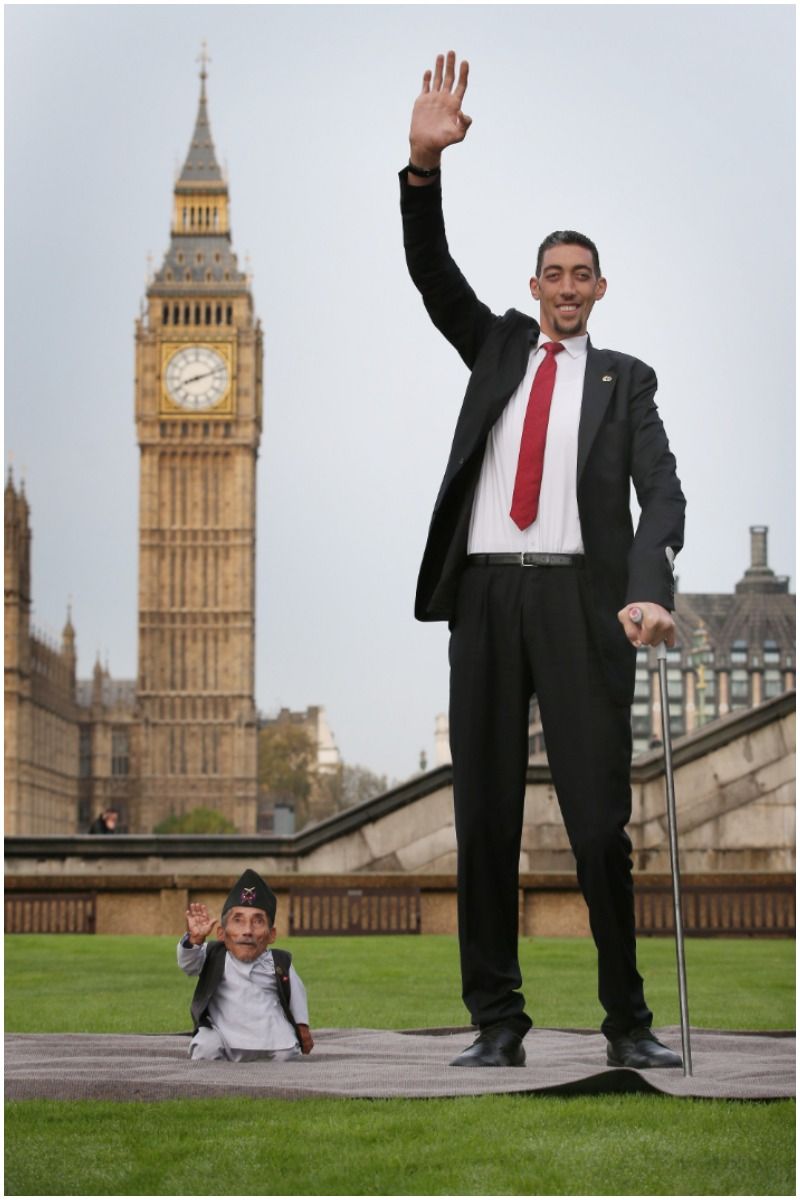 Standing at 8 ft 3 in tall, Sultan broke the Guinness World Record for the tallest living man.

His growth resulted from acromegaly, caused by a tumor affecting his pituitary gland. In 2010, Kosen received hormone treatments to help stop his growth.

In 2009, he rose to fame when he was recognized by Guinness World Records as being the world’s tallest man. 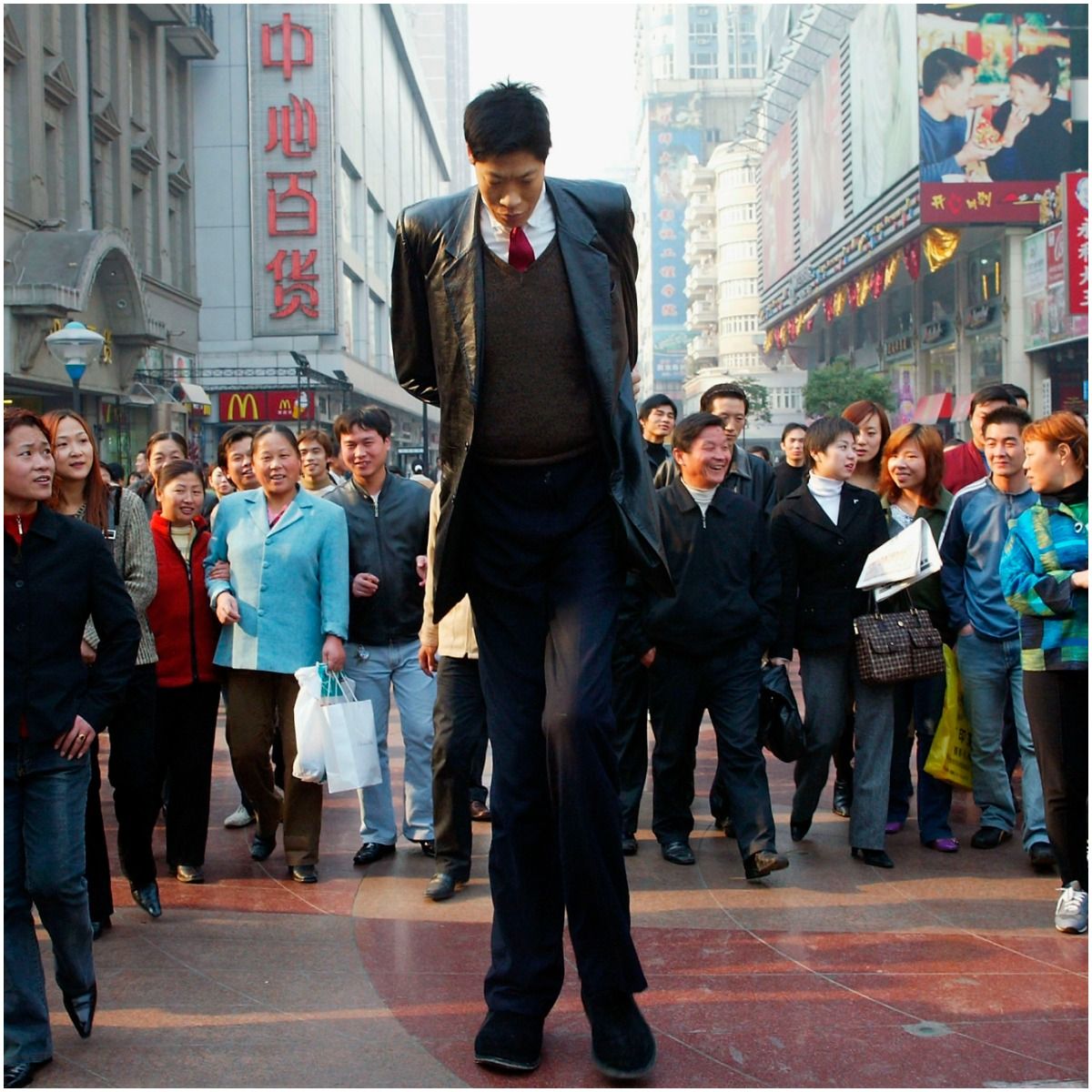 On November 23, 2010, Zhang Juncai was officially declared as China’s tallest. 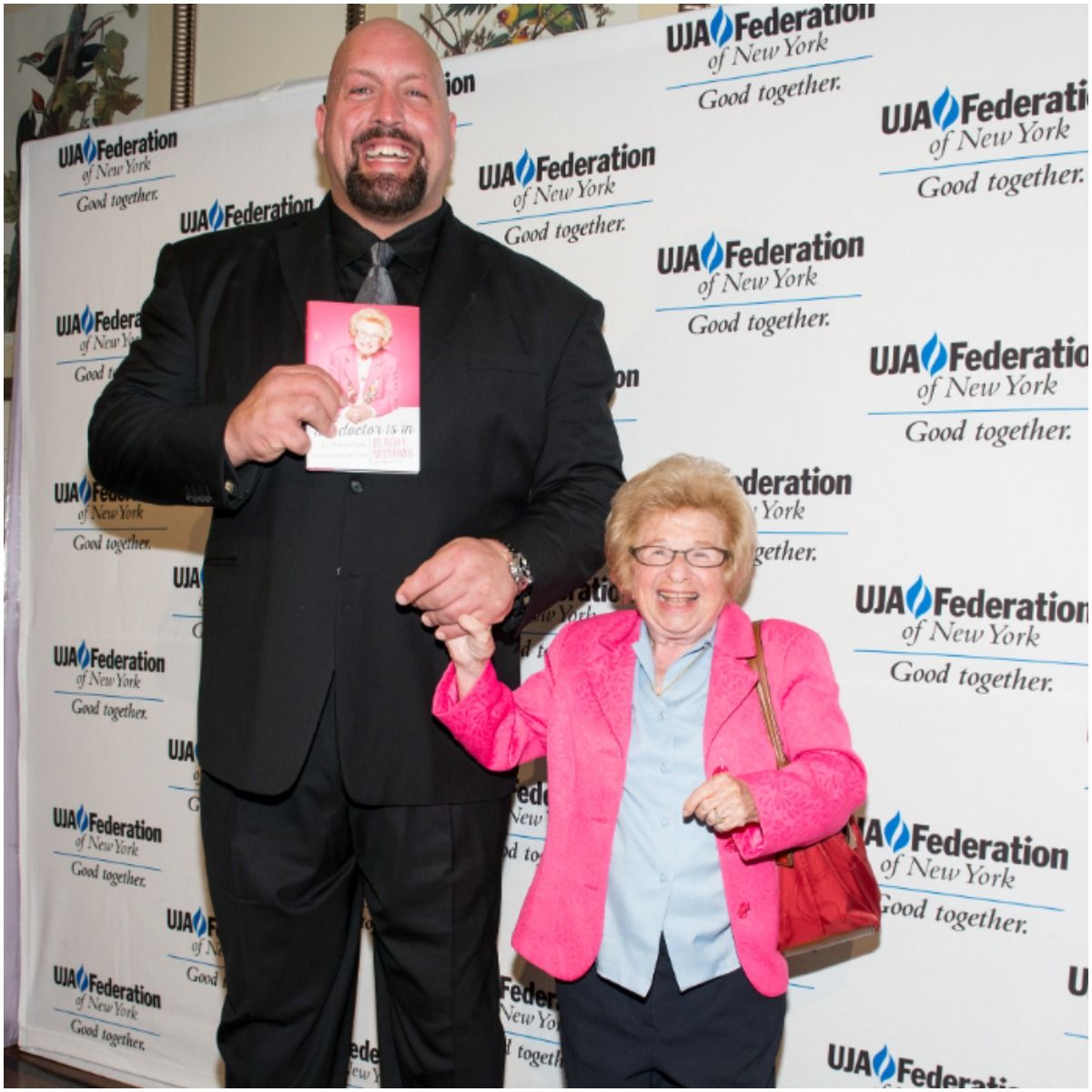 Paul Donald Wight, also known as Big Show, is a sportsman who is recognized everywhere on Earth even if you are not a fan of wrestling.

In 1995, Paul debuted in WCW and left a big impression when he defeated Hulk Hogan for the WCW World Championship.

Like André the Giant, Big Show suffered from acromegaly until he underwent an operation in the early 90s to remove the tumor that caused it.

Jorge González was an Argentine professional wrestler, basketball player, and actor who was born in El Colorado, Formosa, Argentina on January 31, 1966.

Gonzales suffered from gigantism, which led to his remarkable height. By the age of 14, Jorge reached a height of 6’4.

He was billed as being 2.4 m (8 ft), making him the tallest Argentine basketball player and WWE wrestler in history. 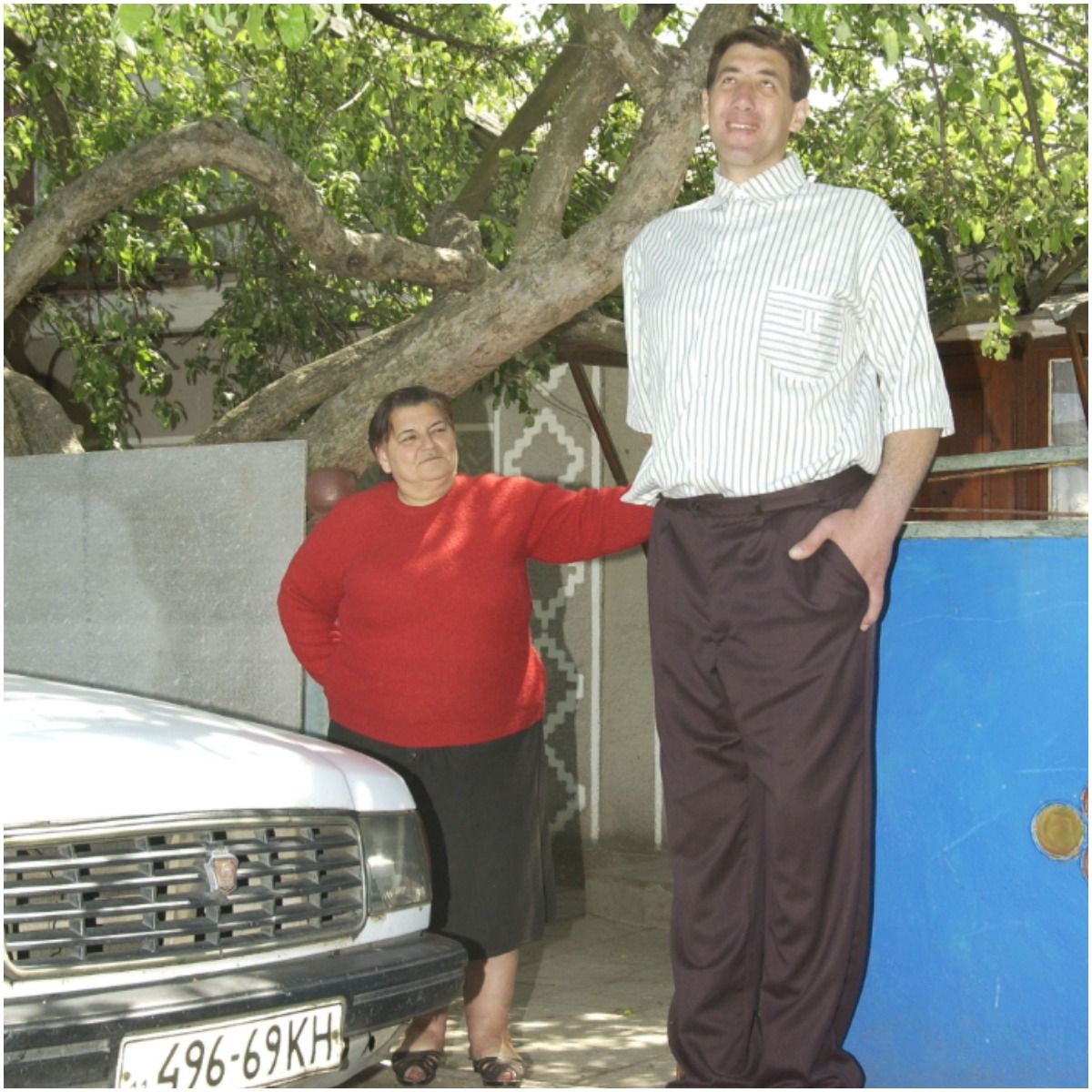 Leonid Stadnyk (born in 1971, in Zhytomyr Oblast) is a man renowned for his stature.

In his early teens, Leonid developed a tumor of the pituitary gland which resulted in a condition known as acromegalic gigantism.