How can you tell whether it’s razor bumps vs herpes?

Have you spotted bumps or blisters in your genital area?

If you regularly shave your nether regions or are sexually active (or both!), you may be wondering if it’s razor bumps vs herpes.

While they do have similarities, there are some key differences, so that you can do something about it.

The first type is often dubbed ‘oral herpes’ because it causes cold sores, but that doesn’t mean they can’t be found in your genital area after oral sexual actions.

While some people have herpes and never show signs since it can remain dormant in your system without showing any symptoms even for years, others have outbreaks often.

During the primary infection phase, you may feel unwell, like you have a cold or the flu.

With herpes outbreaks, you will have milder symptoms in the future, however, there’s no cure.

There’s also nothing that can get rid of herpes sores once they appear.

You’ll likely be given a prescription antiviral medicine to help squelch your outbreaks.

How to tell if it’s herpes 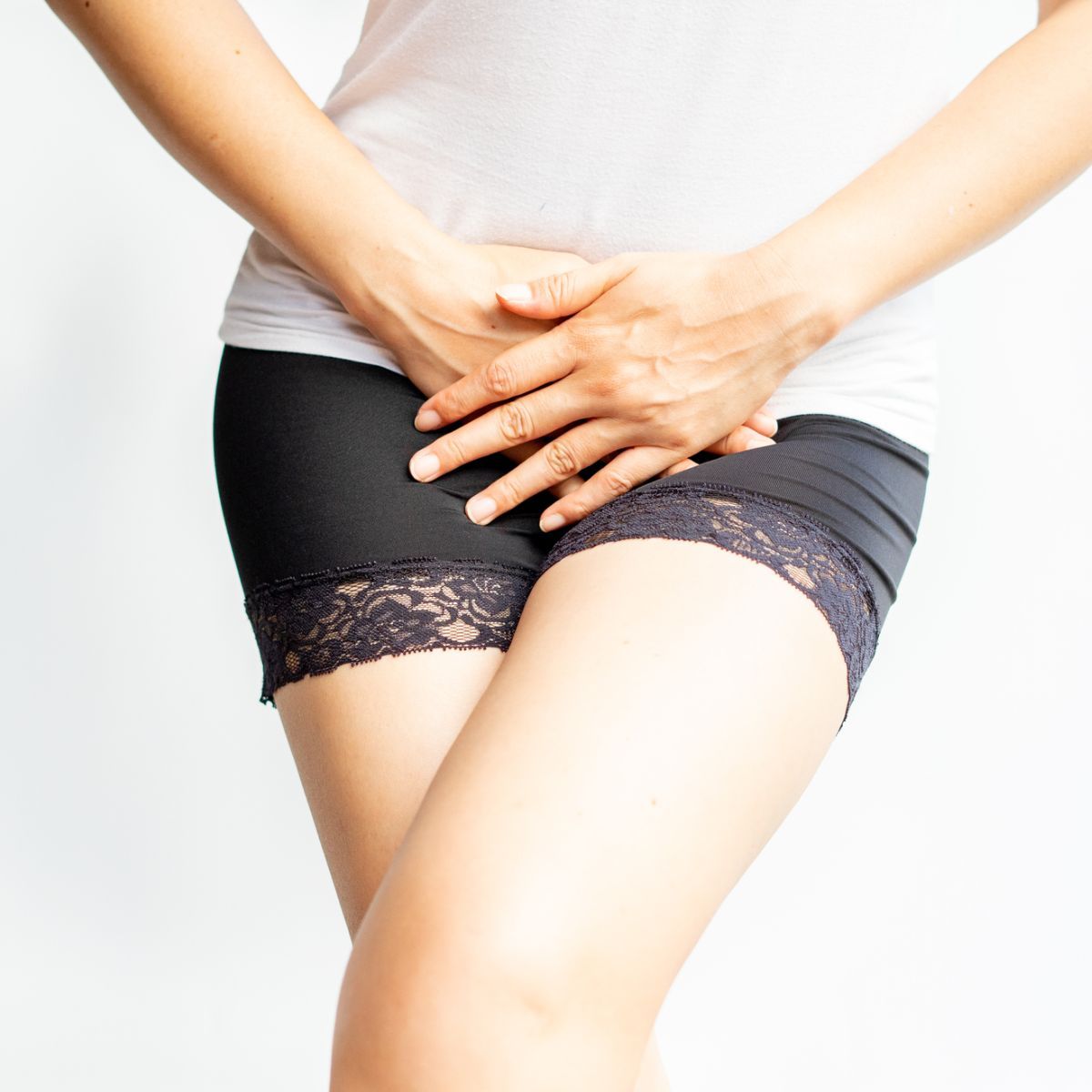 If you’ve recently had sex and you see red blisters down below, you may want to take a closer look before running to the doctor.

Genital herpes will usually present in a cluster of sores that look like blisters.

They have a bit of a watery or lesion-like look to them.

Herpes bumps are each small, no more than 2 millimeters, and if they rupture, a yellow discharge will ooze out.

You may feel these sores are tender to the touch and that they come back again after they disappear.

Some people with genital herpes also have a fever and headache along with the outbreak.

What are razor bumps?

Razor bumps are red, sensitive bumps that pop up in your genital area after shaving.

They are also called ingrown hairs, a result of trapping hair in the follicle and impeding its growth through the skin’s surface.

Since they can somewhat resemble genital herpes, it’s good to know the difference.

This is especially important since you likely shave your genitals to look good when you have sex. However, if you have never had sex of any kind and only shave your private regions, it’s just ingrown hairs giving you a false alarm.

How to tell if it’s razor bumps

When you have razor bumps, you’ll notice painful and swollen spots in the areas that you shaved.

These can happen anywhere on your body where you are shaving away hair.

Razor bumps or ingrown hairs often look like pus-filled pimples though they can just look angry and red.

Sometimes, they can leave scars or discolorations behind after healing.

You may see a rash-like burst of small red bumps, or ones that look like pimples full of pus.

There may only be one isolated bump or a few here and there too.

It feels tender around the bump, causing itching and discomfort. But the biggest thing it shares with herpes is that the sores will ooze pus if they are squeezed or rupture on their own.

The key difference is that razor bumps have a white pus inside rather than yellow.

When you have an ingrown hair and the hair follicle is blocked, it can become infected.

This is what gives it that pimple-head look and causes pain and soreness. But with genital herpes, they will grow in groups.

They may also be caused by waxing when hairs start to grow back.

Take a closer look at the area, and if it’s an ingrown hair, it’s usually possible to see a small, thin line in the middle, which is the hair that has caused all this trouble.

If you don’t see it, though, don’t panic just yet because sometimes it’s simply not visible.

With razor bumps, they go away on their own and clear up once the hair breaks through your skin or is removed.

You can help speed up the process, which usually takes a few days to a week, by using a gentle washcloth on the area when you shower to help clear dead skin cell debris away, making it easier for that hair to come through.

Once that happens, the other symptoms will go away.

ALSO READ: Who are the most famous celebrities with a stoma bag?

Genital herpes can also vanish within a few days or weeks without you doing anything, but they more than likely will be back.

It’s different for everyone infected with herpes because some will have outbreaks often while others have them only a couple of times a year.

If you’re not sure if you’re dealing with razor bumps vs herpes and those bumps are still there after a couple of weeks, you should make an appointment with your doctor.

They’ll run a blood test as well as an STI screening to pinpoint the problem.

You may get a clean bill of health and find out that it was razor bumps all along.

After all, ingrown hairs or razor bumps are a common occurrence for anyone that shaves their genital area.

To prevent them, you should always make sure to wet the area first, use a shaving cream, and shave in the proper direction (which is the direction the hair grows in).

It will spare you the worry about whether you have razor bumps vs herpes.

ALSO READ: What soda has the most sugar?