Besides color, what’s different between pink lemonade vs lemonade?

Lemonade is certainly that classically quintessential summer drink that refreshes adults and kids alike at backyard barbecues and gatherings.

Some like it yellow while others opt for pink, and while the different colors set them apart, you may wonder if there’s a difference between pink lemonade vs lemonade.

Sometimes, that will depend on how the lemonade is made, either fresh or as a pre-packaged mix.

Either way, you’re about to learn what makes these two lemony beverages similar as well as different. 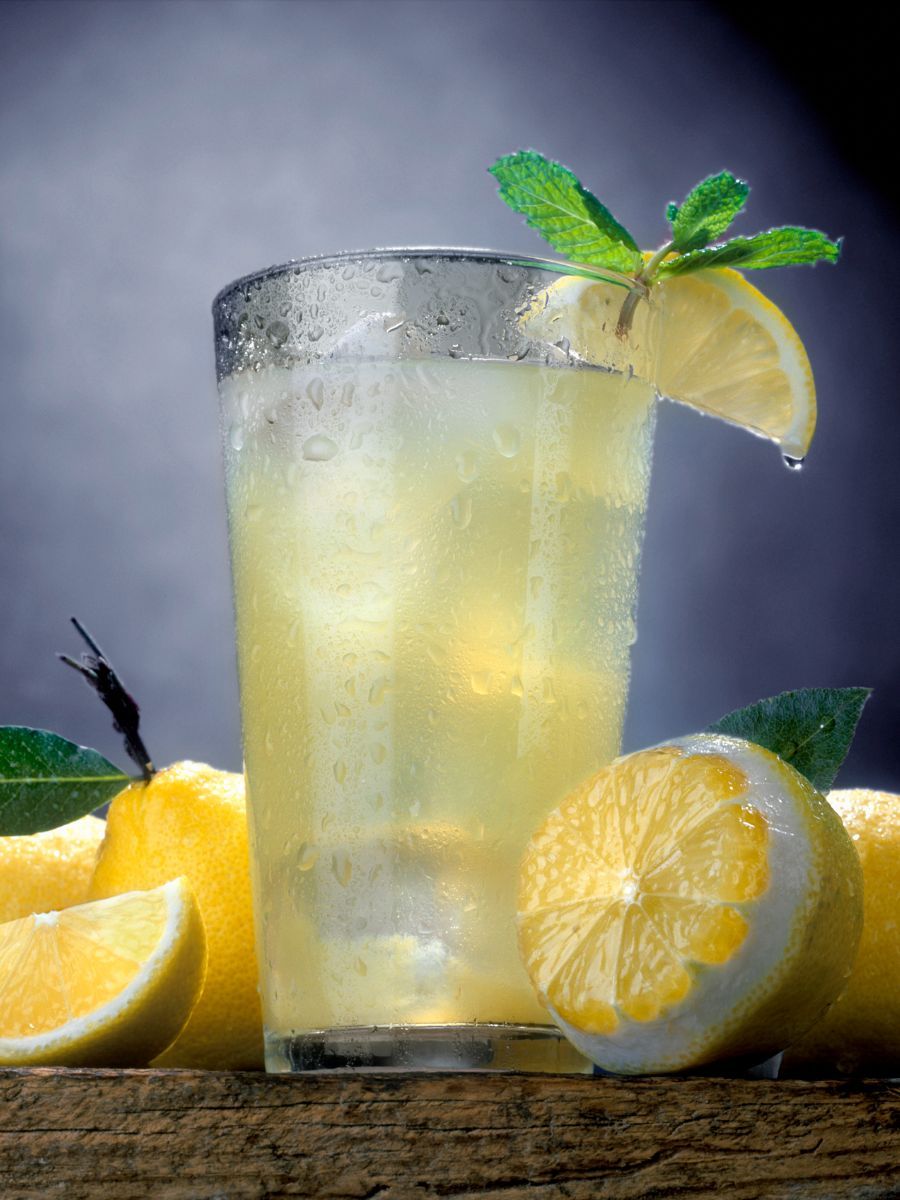 Traditional lemonade is light yellow, though depending on how it is made, it could be translucent or cloudy.

Naturally-made lemonade doesn’t have any added colors, so the lemons speak for themselves in a paler hue. But if you buy mixes or those frozen slushes to help you make them, they usually add some kind of yellow dyes to enhance the color and make it brighter.

Made fresh, lemonade consists of water, lemons, and sugar.

If you make it yourself, you can control the amount of sugar you put in, though be advised that it will likely require a lot to sweeten it up…unless you want it more sour and tart.

Usually, that means putting in about 50 grams of sugar for a 16-ounce serving.

As for the powdered variety, it is made with lemon and sugar, along with some acids and preservatives to keep it stable in this form.

It’s best to make fresh lemonade, though those packets of powdered mixes can be very handy when you need to provide refreshments for a summer gathering. Otherwise, be prepared to squeeze lots of lemons.

Lemonade can be a very hydrating drink as well, quenching that parched thirst on the hottest of days.

Even with all that sugar, fresh lemonade is the healthier option, but a mixed version is still based on water which can help with that hydration.

Lemons themselves are really good for you as far as heart health, metabolism, and digestion are concerned.

Plus, their lovely fragrance helps soothe your mind and put you in good spirits. No wonder it’s such a perfect summer drink!

What is Pink Lemonade? 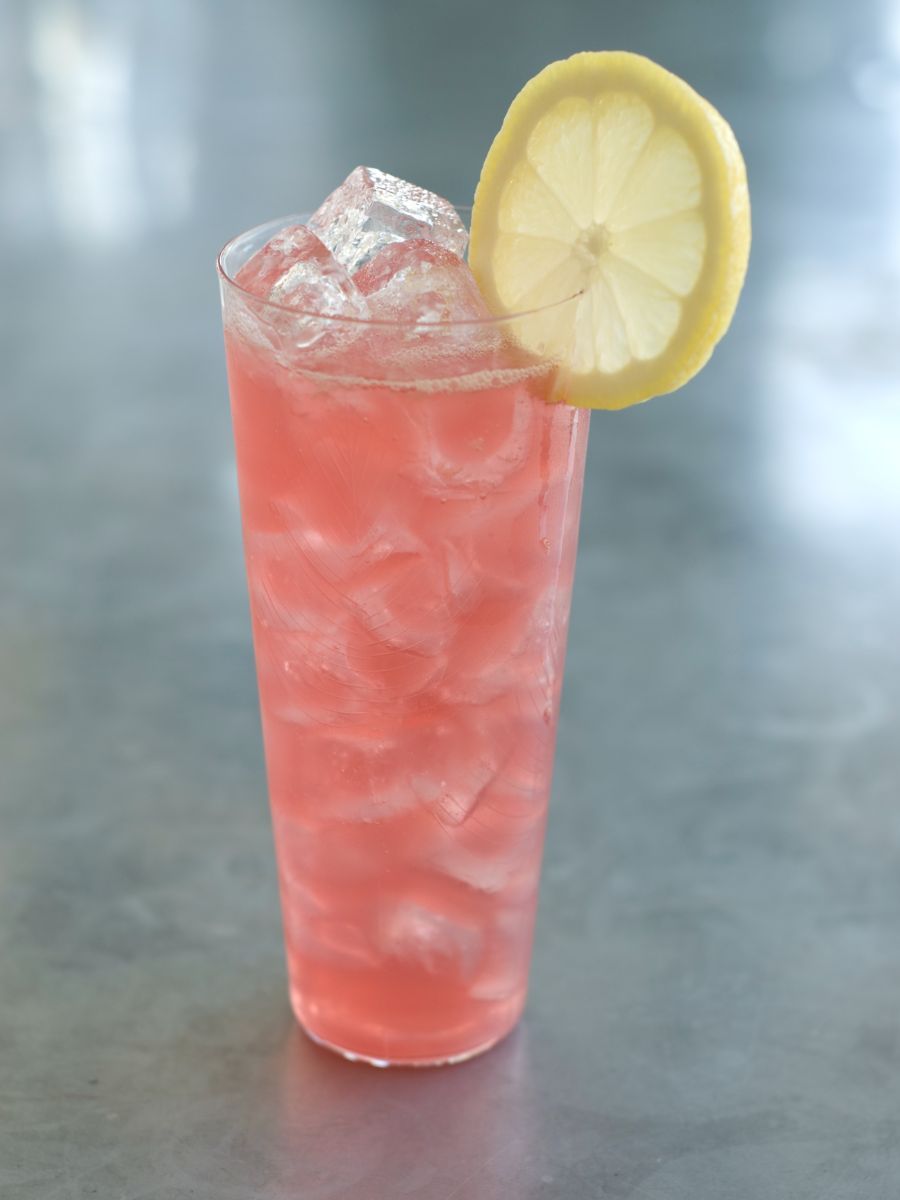 Pink lemonade is made with lemons, water, and sugar as well, though it has other things added to make it that pretty hue. However, it can be made pink in a number of ways.

Some people add a touch of red food coloring or a splash of grenadine, a nonalcoholic syrup used in making cocktails.

Sometimes, other fruits are added to help that color along, such as cherry, raspberry, strawberry, cranberry, grapefruit, or even blood orange.

These can, of course, make for different shades of pink, though they naturally add a sweeter taste while reducing acidity compared to regular yellow lemonade.

While it’s just as refreshing as ordinary lemonade, because of its fun color, when people are given a choice (especially kids!), they will often choose pink lemonade.

Another reason it’s chosen more often is because it’s not as sour since it has other flavors to balance it out.

Where Did Pink Lemonade Come From?

No one is entirely sure of how pink lemonade came into existence; however some of the stories do connect it to circuses.

One such story claims a circus had run out of fresh water to make the lemonade they were selling.

A quick-thinking circus worker grabbed a tub filled with dirty water that had been rendered pink by soaking the dancers’ tights.

Let’s hope that’s not true and be grateful we aren’t drinking beverages made with the dye of soaking tights!

Another story claims that a man named Henry E. Allott ran away to join the circus.

He dropped cinnamon candies into a vat of lemonade by mistake, turning it pink.

He decided to sell it anyway, and it spread like wildfire.

Of course, there’s no solid proof of any of this, but the tall tales around the way pink lemonade came into existence are quite entertaining.

The most likely scenario is that a bartender probably created it by playing with the ingredients behind the bar.

ALSO READ: What soda has the most grams of sugar?

Again, the most noticeable difference between pink lemonade vs lemonade is the color.

The color of pink lemonade is a result of ingredients that have been added.

Since some of these ingredients balance the sourness, pink lemonade comes across as sweeter while regular lemonade is more sour.

Both are made with water, lemons, and sugar, though pink lemonade goes beyond that basic base. How it is made will depend on who is making it.

Pink lemonade could simply be rendered this color with red food coloring, which would keep it fairly sour. But to make it right, some grenadine or the addition of fruits that can tinge the color pink such as raspberries, strawberries, or cranberries, balances it out.

When it comes to buying them in the store as you dash through the checkout lane, any lemonade you buy will likely have more additives. However, pink lemonade in this scenario is bound to have more of those plus dyes too.

Perhaps the most interesting fact about pink lemonade is that the flavors can be different every time, depending on how it’s made.

When you see pink lemonade on a restaurant menu or order one for a nonalcoholic drink at a bar, you won’t know how they make it until you ask.

This may explain why some types of pink lemonade come out sweeter than other types, though all of them will taste sweeter than regular lemonade.

The only time they will taste the same is if you make traditional yellow lemonade and add food coloring. The dye will not change the taste.