All of us have Escherichia coli bacteria in our intestines, however, certain strains can make us sick — and children and seniors are more likely to get very sick.

1) E. coli is a Gram-negative, rod-shaped, motile bacteria. Gram-negative refers to the structure of the cell wall that contains an outer membrane composed of lipopolysaccharides and a thin layer of peptidoglycan.

2) E. coli are bacteria found in animal or human intestines. The bacteria were first discovered in the human colon in 1885 by Dr. Theodor Escherich, a German bacteriologist. He also demonstrated that certain strains of the bacterium were responsible for gastroenteritis and infant diarrhea.

3) Most Esecheria coli strains are harmless, however, some can cause serious food poisoning. Some strains like Shiga toxin-producing E. coli can cause severe foodborne disease.

5) In tropical countries, the bacterium causes about 30 percent of cases of traveler’s diarrhea. 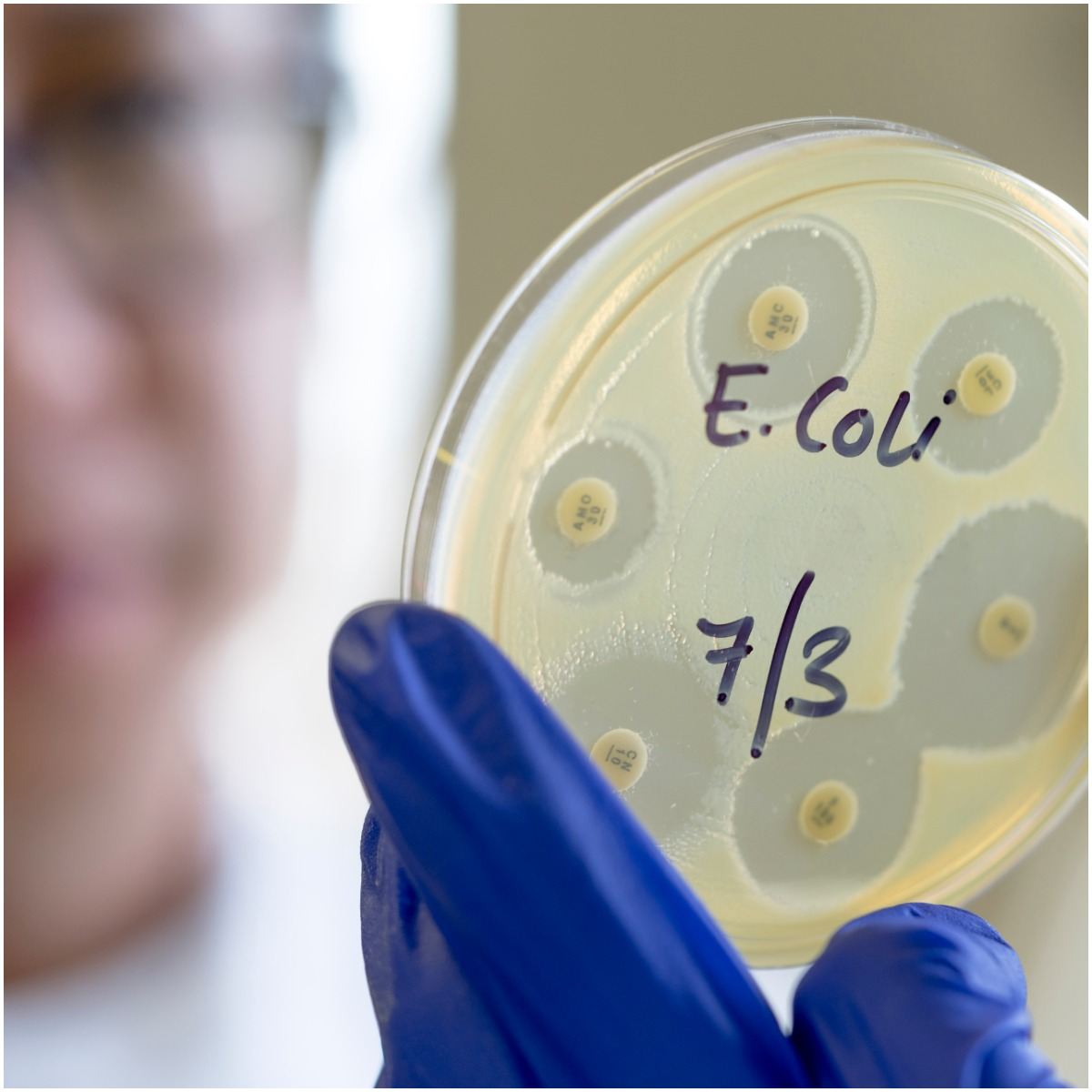 6) Common symptoms may include the following:

7) Intestinal infection caused by this bacterium begins showing its signs and symptoms between 1 and 5 days after the sufferer has been infected with the bacteria.

8) The symptoms themselves last up to 10 days, but the average individual feels better in 6 to 8 days.

9) The K1 E. coli strain is responsible for meningitis in neonates. Symptoms include:

10) Urinary tract infections drive over 8 million people to seek medical attention every year in the United States. An estimated 90 percent of those UTIs are caused by E. coli.

11) In the majority of the cases, the infection occurs due to the use of catheters. 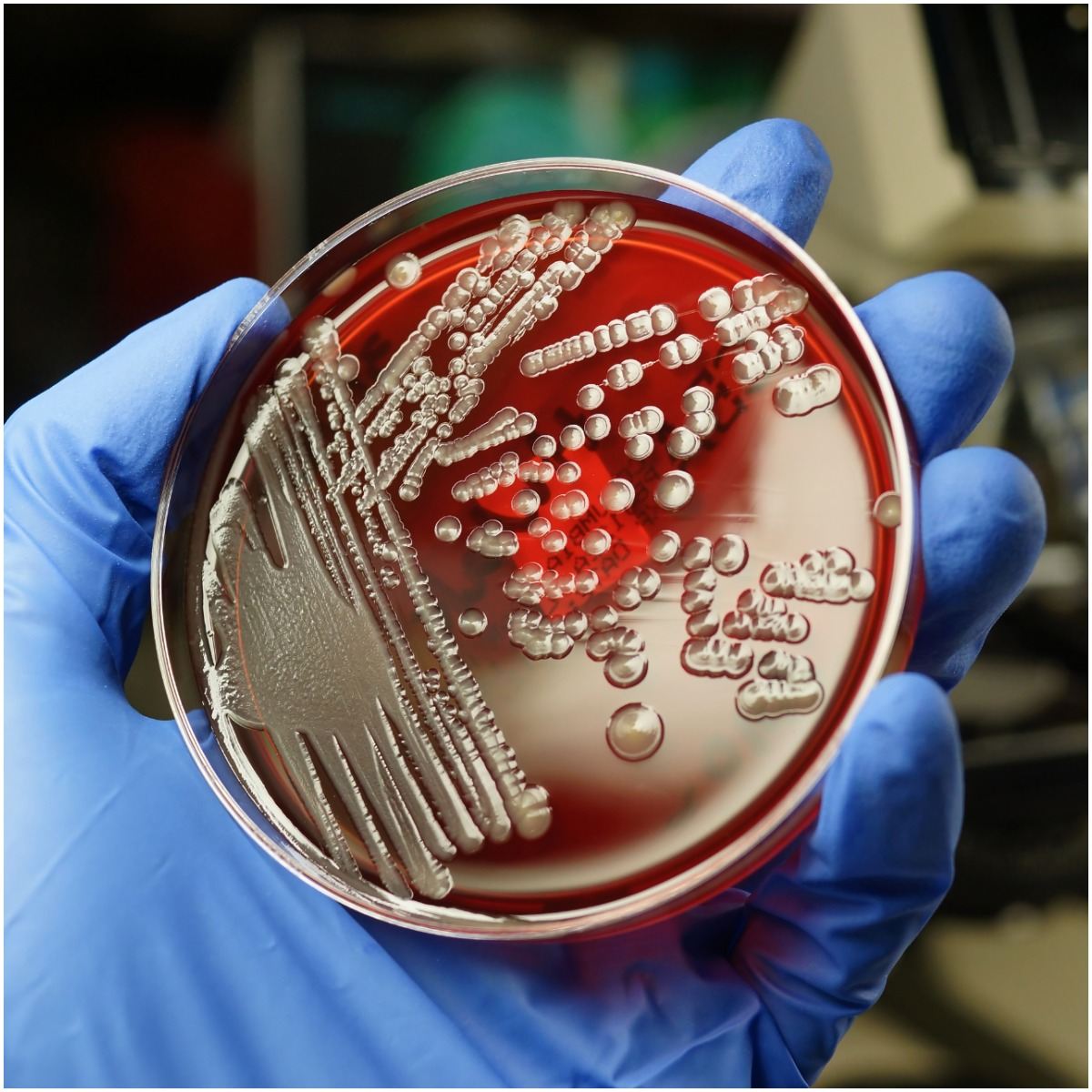 12) Most outbreaks in the US have been associated with undercooked or raw ground beef (the bacterium can get into meat during processing), unpasteurized juice (such as apple cider), unpasteurized milk, and leafy greens.

13) The other major sources of infection are person-to-person transmission and animal contact. Additionally, the infection may occur after swimming in or drinking sewage-contaminated water.

17) It has the ability to cause disease at a very low dose, survive under acidic conditions, and at low temperatures. According to studies, it can survive for 21 months in raw manure which had not been composted and for a year in manure-treated soil.

18) E. coli O157: H7 infections cause 2,200 hospitalizations and 73,000 illnesses annually in the US, according to the Centers for Disease Control and Prevention.

19) A particular life-threatening complication, called hemolytic uremic syndrome, may develop in five to 10 percent of people infected with a toxin-producing form of E. coli O157: H7.

21) Symptoms of the hemolytic uremic syndrome can include:

22) In hemolytic uremic syndrome, the tiny filter units in the kidneys become clogged with damaged red blood cells and platelets. This leads to serious health problems with the kidney’s capacity to eliminate waste products.

23) Severe hemolytic uremic syndrome can affect the gut, heart, brain, pancreas, and liver, although this may be a related condition known as thrombotic thrombocytopenic purpura.

25) Most people recover from the infection without medical treatment within 5 to 10 days. Anti-diarrhoea medications like Imodium (loperamide) are not recommended since they may prolong your exposure to the toxin.

26) Antibiotics should also not be used to treat this bacterial infection as they may lead to kidney complications.

27) If you are seriously dehydrated, you might need to go to a healthcare facility to have fluids put into your veins with an IV.

28) If a person develops hemolytic uremic syndrome, hospitalization in an intensive care unit may be needed. Treatment may include kidney dialysis and blood transfusions.

29) Wash your hands often, and always wash them after you change diapers or use the bathroom.

30) Wash before cooking and after handling raw meat. If a dish, cutting board, or utensil comes in contact with raw meat, wash it properly with hot, soapy water. Also, keep raw poultry and meat separate from all other foods.

31) Washing your hands thoroughly and regularly is always a good way to avoid catching or spreading harmful germs.

32) When you travel to countries that may have unsafe drinking water, do not drink tap water or use ice. Use only treated or chlorinated drinking water.

34) If you take care of sufferers who have a Shiga toxin-producing E. coli infection, wash your hands after emptying bedpans, bathing patients, or changing soiled linen.

35) If you hear about any food products which have been recalled because of Esecheria coli contamination, make sure you don’t have that product in your house.

36) If you are using a cooking thermometer, the internal temperature should be at least 160 degrees Fahrenheit (71°C). In addition, always cook sausage or hamburger meat until every hint of pink disappears.

37) Make sure infected people wash their hands carefully with warm running water and soap after using the toilet to reduce the risk of spreading the bacterium.