Manganese is a trace mineral in the body that is constantly mistaken for magnesium, however, it is actually completely different. Here is a comparison of the two minerals:

Manganese (Mn) is a trace metal commonly found in the environment. It is a mineral element that is both potentially toxic and nutritionally essential.

Our body contains 20 mg of Mn, mainly concentrated in the liver, bones, kidneys, and pancreas.

It exists in many living organisms and acts as a cofactor for a few enzymes, like – manganese superoxide dismutase, the key enzyme which protects the mitochondria from oxidative damage.

It is one of the most abundant minerals in the body. For instance, our body contains approximately 25g of Mg, 27 percent of that amount is found in muscle and over 60 percent is found in the skeleton.

It is present in an enzyme which provides proline, an amino acid that is required for the production of collagen in the skin cells. Collagen plays a vital role in the healing of wounds of skin and other tissues.

It is essential for enzymes which help form bone and cartilage.

A manganese-containing enzyme present in the cells is the primary detoxifier of free radicals (unstable atoms which can damage cells, causing aging and illness).

Moreover, the creation of essential fatty acids and protein, and carbohydrate metabolism all rely on having normal levels of Mn present.

When GABA (gamma-Aminobutyric acid) is low, the brain gets stuck in the “on” position and it becomes impossible to relax. Mg alleviates stress-induced anxiety by binding to GABA receptors.

Supplementing with as little as 200 mg a week before your period is shown to reduce PMS symptoms.

Supplementing with 450 mg of Mg chloride over a 4 month period reduced diastolic and systolic blood pressure, according to a 2015 study published in JAMA.

Many pre-clinical and clinical studies confirmed that Mg plays an important role in mood stabilization.

A deficiency in this essential mineral alters gut microbiota, leading to depressive behavior as well as a low immunity.

No recommended dietary allowances for Mn have been established. But, there is an Adequate Intake (AI).

AI levels for Mn are:

The RDA for Mg depends on age and gender:

The absorption of Mn takes place in the small intestine. The individual absorption efficiency varies, depending on numerous factors, however, less than 10 percent of one’s total Mn intake is absorbed.

Note – according to studies, iron status is linked with the amount of Mn absorbed from a meal.

Some conditions are known to impact Mg absorption, such as:

Signs of Mn deficiency include:

Reasons that may lead to an Mg deficiency include:

Signs and symptoms of Mg deficiency include:

Best foods source of Mn include:

The best food sources for Mg include:

Manganese is a trace element that the human body requires in small amounts to be able to function at healthy levels. A deficiency in Mn is so rare that no RDA has been established for it.

Magnesium benefits include improving physical performance, supporting your DNA, reducing anxiety, and improving bone health. It is estimated that approximately 60 percent of American adults are deficient in this essential mineral.

Types of Mg supplements include: 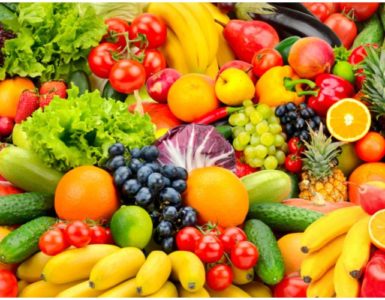 Potassium is an essential mineral that has a variety of roles in the human body. It is also the 3rd most abundant mineral in your body. It is a key electrolyte, working alongside sodium, magnesium, and calcium. About 98...