Oral Gonorrhea vs Strep Throat: Telling the Difference Between Them

While the majority of sore throats are caused by the common cold, others may be due to a more serious condition.

Learn what are the symptoms, causes, and treatment of two possible infections:

This infection can affect multiple sites in the body, but it typically appears in the genital tract.

The oral cavity can also be involved in a gonococcal infection, either indirectly or directly.

The transmission of oral gonorrhea (also known as pharyngeal gonorrhea) is very efficient from someone who has gonorrhea to their partner via oral sex.

It is a bacterial infection caused by group A Streptococcus.

Strep throat, also known as streptococcal infection, is a common type of sore throat in children, however, it is not very common in adults.

Children are more susceptible than adults due to the fact that their immune systems have had less experience of germs.

Over 610,000 individuals in the US are infected each year. An estimated 78 million new infections occur annually, according to the World Health Organization.

Most of these infections occur in South and Southeast Asia and sub-Saharan Africa.

The number has been rising in recent years, thanks to decreasing use of condoms.

An estimated 12 million people in the US get this infection every year.

About 10% of adults with a sore throat have strep throat.

It is caused by Neisseria gonorrhoeae, a Gram-negative diplococcus which can infect numerous mucosal surfaces lined by columnar epithelial cells.

Oral gonorrhea is rare and may range from slight erythema to severe ulceration with a pseudomembranous coating.

The infection is spread through vaginal fluids and semen, however, the transmission of the bacterial infection is not dependent on ejaculation.

According to studies, people under 25 years of age who have unprotected sexual intercourse with multiple sexual partners are at highest risk. Also, the rate of the infection is substantially higher in men who have sex with men than in heterosexuals.

Also, during childbirth, an infected mother can transmit gonorrhea to the baby.

Can you get gonorrhea from kissing someone who has it in their mouth?

Until recently, kissing has not been asked about in any national sex surveys and only sparingly in clinical STI studies.

But, in 2017, a study done at the Melbourne Sexual Health Centre established that kissing is the main driver of gonorrhea transmission.

The study focused on men who have sex with men but scientists said the results would also apply to heterosexual couples.

The cause of this infection is the bacteria known as Streptococcus pyogenes, also referred to as group A streptococcus.

Streptococcus bacterium is extremely contagious and can spread through airborne droplets when a sick individual coughs or sneezes.

The primary symptom of oral gonorrhea is a sore throat, however, approximately 90 percent of infected people may have little signs and symptoms.

Other symptoms may include:

The most common symptoms include:

Note – children under 3 may have vague complaints of abdominal fatigue and pain.

Plus, they may refuse to eat.

Diagnosing oral gonorrhea involves taking a sample from the infected area and growing the bacteria in a lab.

When diagnosing strep throat, your doctor will analyze your symptoms.

If you have two or more symptoms, a rapid test or throat culture may also be done.

In the present day, the treatment currently relies on the use of the extended spectrum cephalosporins like ceftriaxone.

Three new superbug strains of Neisseria gonorrhoeae have been identified in the last year which cannot be killed by antibiotics.

More importantly, as of 2017, the first case of ceftriaxone-resistant Neisseria gonorrhoeae was documented in Canada.

The maker of Listerine mouthwash (active ingredients – eucalyptol, menthol, methyl salicylate, and thymol) has claimed that Listerine could be used against oral gonorrhea.

There is a 2016 study which was published in the journal Sexually Transmitted Diseases that supports these claims.

If you are diagnosed with this infection, your healthcare provider will prescribe an antibiotic, such as amoxicillin and penicillin.

Note – if this bacterial infection is not treated correctly with antibiotics, it can lead to complications, like – infected lymph nodes (swollen lymph nodes may have the size of a pea), an abscess near the tonsils, or rheumatic fever.

RF can lead to inflamed joints, a specific form of rash or heart valve damage.

In addition, the infection can cause exacerbation of chronic plaque psoriasis.

Gonorrhea can be prevented by avoiding multiple sexual partners and consistent use of condoms during sex.

To prevent strep infection, it is recommended to:

Can you take strep throat from oral sex (on a man or woman)?

No, but it is possible that your partner may have an STI and pass it on to you through fluids exchanged during oral sex.

Conclusion: Oral Gonorrhea vs Strep Throat – What Are The Differences?

Gonorrhea is a prevalent sexually transmitted disease (STD) in both women and men.

Oral gonorrhea (also known as pharyngeal gonorrhea) is defined as a sexually transmitted infection of the pharynx with Neisseria gonorrhoeae, a gram-negative coccal-shaped bacteria.

Can you believe that summer Break is coming to an end? Many children in our area are returning to school as early as next week. ‘Back to School’ season is an exciting time for kids to reconnect with friends, and make new ones. It’s also a season of colds, allergies and viruses. I try to remind parents and kids about the importance of keeping kids home from school if they are sick, as bacteria is quickly and easily spread; especially Strep Throat. Remind your kiddos that sharing is good, but sharing food and eating utensils with friends is not so good. Encourage them to wash their hands. And if your child does get sick this season, it’s ok, you’re not a bad parent, you didn’t do anything wrong. Sometimes the body just needs to rest and reboot. We are here to help you and or your child get well 👨‍⚕️👩‍⚕️🤒😷😊 • • #strepthroat #backtoschool #wellnesswednesday #medicaltips #jackgreermd #chattanoogasinusdoc #chattanooga #sinusrelief #tonsildoctor

Strep throat, also known as streptococcal infection, is also a bacterial infection which typically affects children ages 5 to 15, however, anyone can get it.

Symptoms of strep throat include:

In conclusion, both are bacterial infections, but gonorrhea is caused by Neisseria gonorrhoeae while strep throat by Streptococcus pyogenes.

Moreover, strep throat is common in children, while gonorrhea is more frequent in adults. Also, gonorrhea is considered a sexually transmitted disease.

Klinefelter syndrome (47, XXY) is a condition which occurs in men who have an extra X chromosome, resulting in an XXY sex chromosome karyotype. The syndrome can affect different stages of the language, physical...

Multiple sclerosis is a disease of the central nervous system, meaning it affects the spinal cord and brain. In multiple sclerosis, the autoimmune response destroys the myelin sheath which insulates nerve fibers in the...

Borderline personality disorder (BPD) is a long-term pattern of “abnormal behavior” that is characterized by unstable sense of self, emotions, and relationships with other people. About 1.7% of...

ADHD is a chronic condition which can have a serious impact on the lives of affected children and parents. Attention deficit hyperactivity disorder includes a combination of persistent problems, like – difficulty... 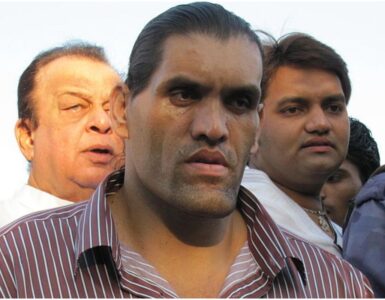 Acromegaly is the clinical syndrome which results from excessive secretion of growth hormone. It is a very rare condition. According to statistics, approximately 2 new cases of acromegaly occur for every million people...

Weight gain immediately after surgery is a common finding. According to studies, patients who have lost a significant amount of weight prior to surgery appear to be at especially high risk of postsurgical weight gain...

There are two types of diabetes: Type 1 and Type 2. Type 1 diabetes is an autoimmune disease that occurs when an individual’s pancreas stops producing insulin. An estimated 1.25 million people in the US have Type 1...

Sickle cell anemia, also known as sickle cell disease, is an inherited blood disorder which causes periodic episodes of pain, chronic anemia, and other complications. People of sub-Saharan African descent are most...

List Of 26 Famous People With Mental Illness:  #1 Kristen Bell (anxiety & depression) Actress Kristen Bell is known for her upbeat personality, however, she has struggled with anxiety and depression her whole...

This article reveals the differences between gastritis and gastroenteritis: Gastritis The term “gastritis” refers to an inflammation of stomach mucosa. It was first used in 1728 by Georg Ernst Stahl, a...

Scarlet fever, also known as scarlatina, is a syndrome that is characterized by fever, exudative pharyngitis, and bright-red exanthem. List Of 31 Interesting Facts About Scarlatina (Scarlet Fever): History #1 It was a...

Salmonella bacteria are some of the most usual causes of food-borne illnesses. Symptoms of infection include fever, diarrhea, abdominal pain, vomiting, and nausea. List Of 30 Interesting Facts About Salmonella Bacteria...