Radish vs Beet: aren’t they the same?

When eating healthfully, you need to add more veggies to your plate.

But you may be wondering what is the difference between radish vs beet?

Aren’t they the same thing?

While they both look similar, these veggies are completely different.

Both are root vegetables, though beets are bigger and earthier, while radishes tend to be small and spicy.

There’s a lot going on here that makes them both different.

Learning about each vegetable can help you put them on your plate and enjoy a healthier lifestyle! 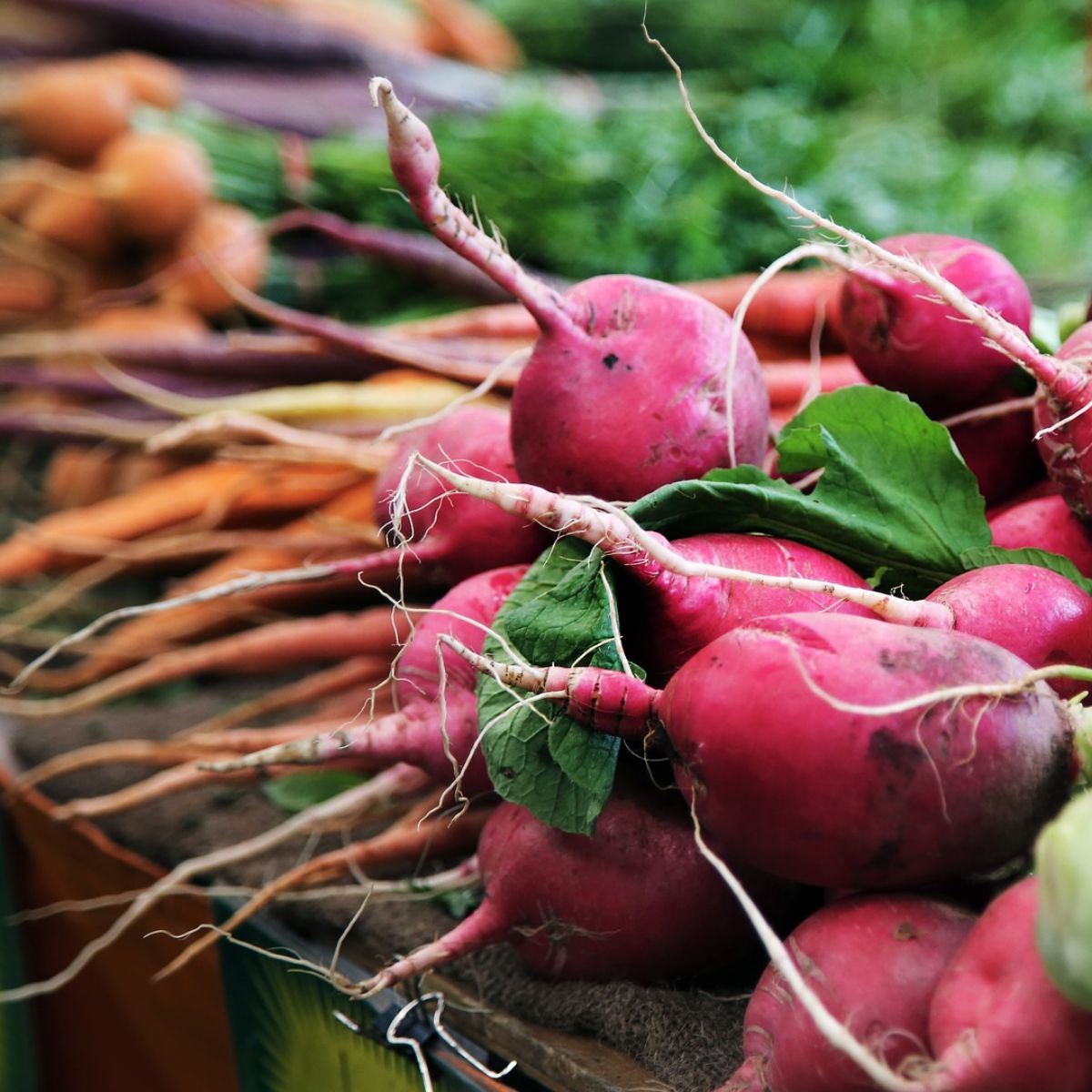 It’s sad that radishes don’t get the love they deserve.

That’s because they have a taste that takes some getting used to.

Despite this, they are still in the bulb, tuber, rhizome, and corm category.

There are a number of radish subspecies, though, for this comparison, we’ll stick to the ones with the reddish-pink skin and white flesh.

These radishes are shaped like a globe and tend to be about an inch in diameter on average.

The unique taste gives it a spicy bite that is often followed with a sweetness in aftertaste.

However, they can come across as a bit peppery too. Even from radish to radish, you may find some are spicier while others have a subtle sweetness. You can cook them, but they are mostly consumed raw.

They make for great salad, sandwich, and taco toppings.

As for texture, radishes are crunchy and a bit refreshing when raw.

You can also pickle them, which softens them a bit while still upholding crunch. Cooking them renders them to an ultra-soft texture. 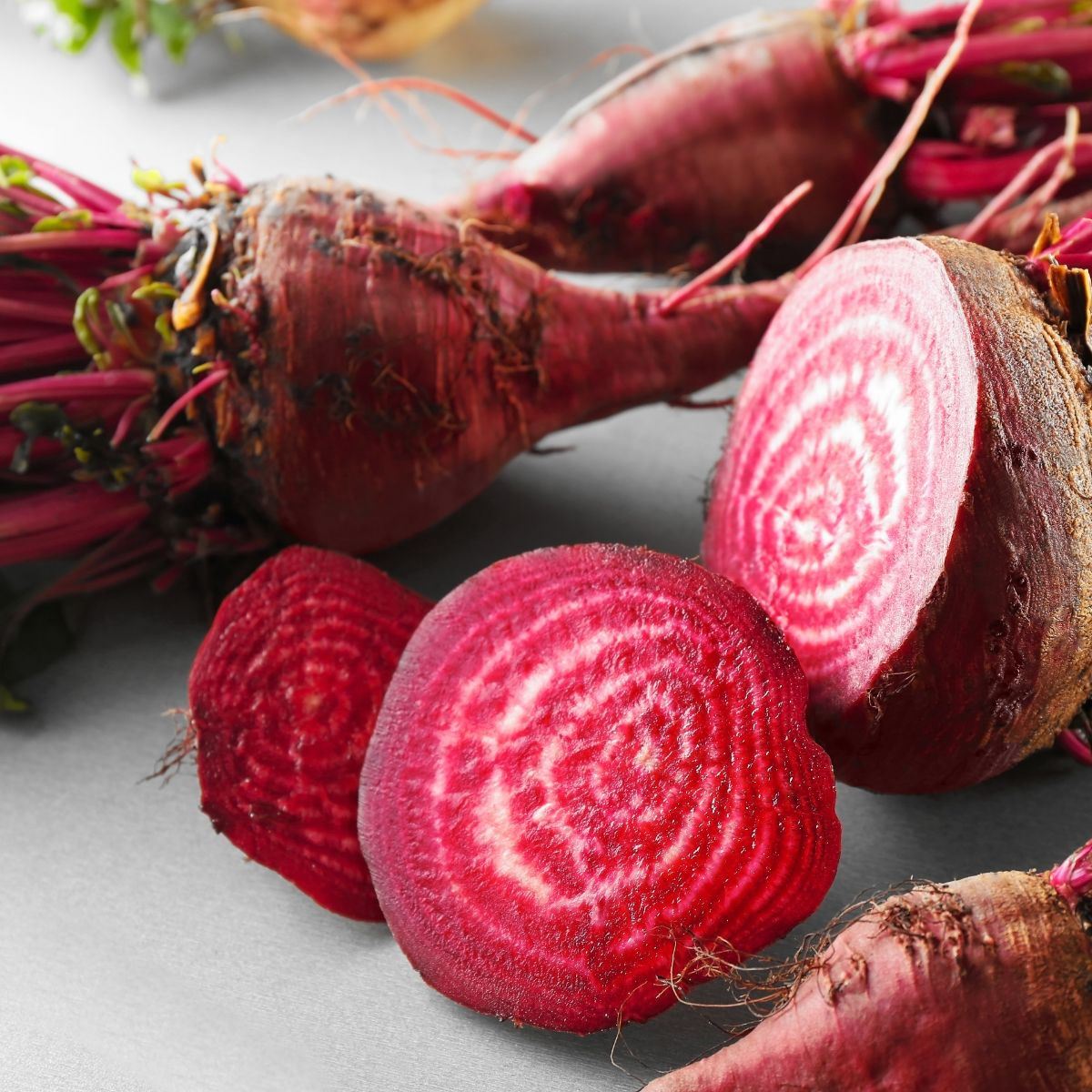 While beets have been around for centuries, many people have yet to try them.

Often, they’re found on offer at salad bars or even in upscale venues as part of artisanal salads, much like radishes.

Beets, or beetroots, are the taproot portion that grows from this plant, directly under the stem, just like carrots.

These grow underground with the leaves exposed above ground.

You can also eat these leaves from the beets, which are known as beet greens.

They are often grown as microgreens for an extra hit of nutrition to add as a garnish to your meals.

Like all the other veggies you know, beets have a number of varieties.

The one you’ve likely seen most is the red or purple type.

There are also golden beets that come in yellow and even ones that have red and white stripes, which are affectionately dubbed candy cane beets.

They’re very pretty vegetables indeed, which can add color and nutrition to your plate.

The juices from beets can also serve as a natural dye for food as well as clothing.

As for the taste of beets, they come across as earthy.

They may even be a bit bitter on your palate too.

This is most certainly why young children routinely turn up their noses at the offer of beets.

Then again, many children don’t like the sharp and spicy zing from radishes either.

While radishes are more commonly eaten raw, making it harder to disguise the flavor, beets can be cooked in different ways to round out the flavors. You shouldn’t eat beets raw as they are too tough and crunchy.

Cooked beets are soft, and what’s more, you can cook them in different stages. Some people cook them, so they are fork tender, while others like them to hold a slight bit of crunch.

The Difference Between Radish vs Beet 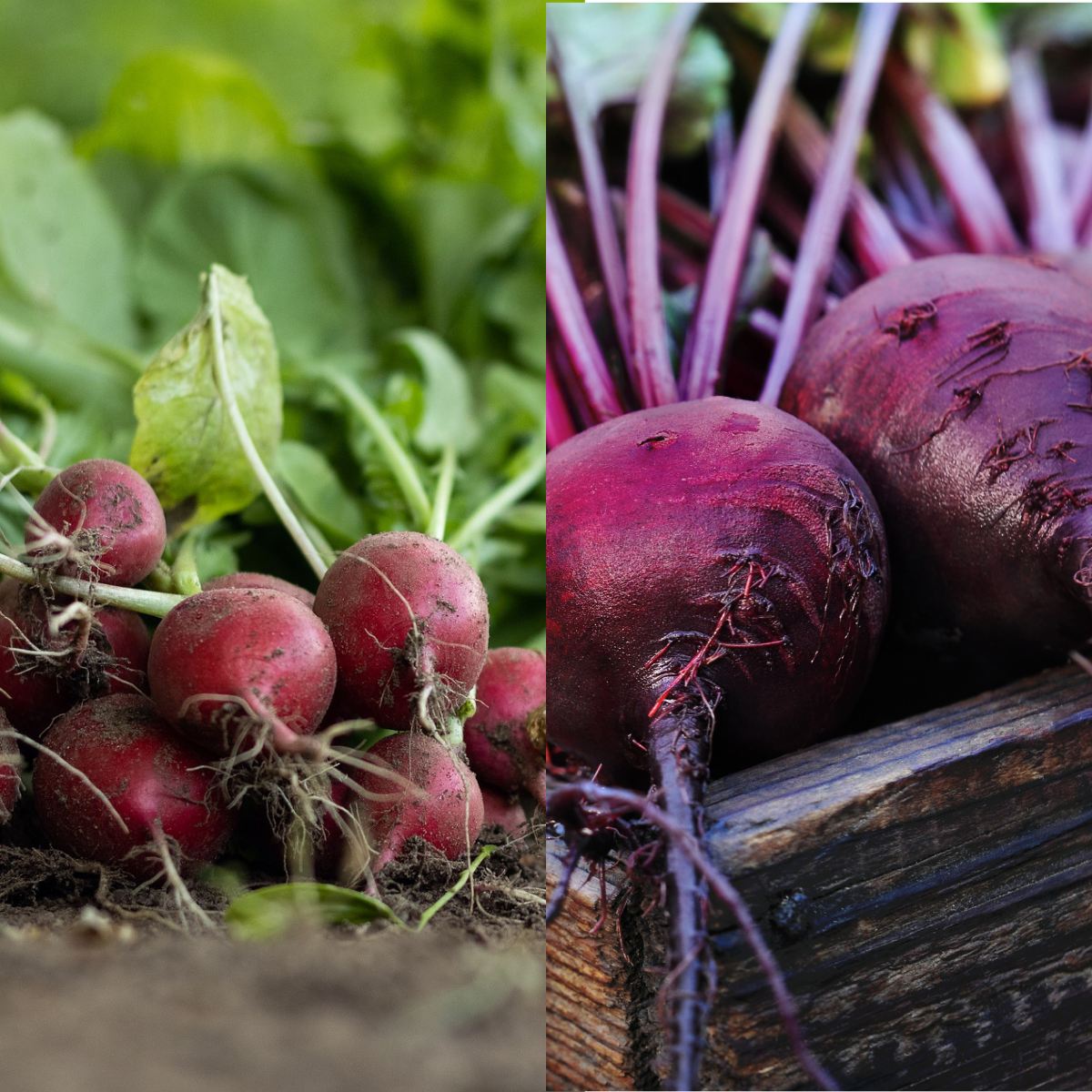 The obvious differences are that these are two different types of vegetables.

While they do have similarities in growing underground, the radish is not a true root vegetable, while the beet surely is.

The main varieties of radish vs beet come in a pretty reddish-pink color.

They both have a round, globe-like shape, yet, they are different enough to distinguish by looks alone.

Beets are much larger on average when compared to radishes.

They also tend to be more bumpy on the surface.

Beets tend to be darker and deeper in color.

And while radishes are colorful outside, the inside features a white flesh.

Beets are the same color in flesh as the skin on the outside.

ALSO READ: How many peanuts in a jar of peanut butter may surprise you?

How to Enjoy Radishes and Beets

They make an excellent and crunchy addition to your salads.

The peppery spiciness of flavor can contrast remarkably with sweeter ingredients too.

You can add them into sandwiches, or serve them on a vegetable tray at a party along with a dip.

They are also excellent on tacos.

As for beets, you will either need to cook them yourself or buy them ready-made to incorporate into your recipes.

They are often roasted in the oven, then peeled to reveal the soft flesh inside.

Once cooled, you can put them in salads with goat cheese and walnuts to contrast the flavors and textures.

Beets are also easy to blend into hummus for a pretty color and more nutrition.

If you dislike the taste, you can hide them in smoothies with your favorite fruits.

For both radishes and beets, they can be a wonderful way to add more color, flavor, and nutrition to your meals!