An ear infection is an inflammation of the ear, typically caused by bacteria. There are three main types of ear infections, including:

Common symptoms of ear infections include:

An ear infection is typically caused by bacteria. Here is a comparison of two medications that are used for the treatment of ear infections:

It belongs to a class of medications called quinolone antibiotics. It has a potent bactericidal activity and has been clinically utilized since the late 1980s.

It contains a combination of:

Ofloxacin is used to treat bacterial infections which cause:

Ofloxacin works by killing the pathogenic bacteria and by blocking the bacteria from repairing and reproducing themselves.

Ciprodex’s mechanism of action is a follows:

Possible side effects may include:

Common side effects can include:

Stop using this medication and call your healthcare provider at once if you have a serious side effect like:

The usual recommended dose of Ofloxacin is 300 mg orally two times per day.

The usual recommended dose of Ciprodex is 4 drops that are instilled into the affected ear two times per day for a week.

Do not use this medication in viral infections of the external canal, like – fungal otic infections and herpes simplex infections. Also, the medication is contraindicated in individuals with a history of hypersensitivity to dexamethasone.

Ofloxacin may interact in a negative way with the following medications:

There are no known drug interactions associated with Ciprodex.

Concomitant intake of alcoholic beverages with ofloxacin may increase the risk of sedative effects.

There may be a negative interaction between alcohol and Ciprodex.

Tell your healthcare provider if you are pregnant before taking this antibiotic since there are no studies regarding its safe use during pregnancy. However, it is not recommended to breastfeed while you are using this antibiotic.

Ofloxacin belongs to a group of antibiotics called fluoroquinolones which work by killing the pathogenic bacteria which are causing an infection. This prescription medication is used to treat certain bacterial infections, such as – bronchitis (an inflammation of the lining of the bronchial tubes), pneumonia, and infections of the urinary tract, bladder, reproductive organs, skin, and prostate as well as bacterial infections of the eyes and ears.

Ciprodex is a prescription ear drop that is used to treat:

Infections of the middle ear and external auditory canal (when not severe) should be treated with topical preparations, according to the American Academy of Otolaryngology-Head and Neck Surgery. The advantages of topical therapy include:

According to a 1992 study that was done at the Department of Pharmacy Services, Hartford Hospital, both drugs are effective as treatment of infections due to gram-negative organisms, however, ofloxacin is also appropriate in the treatment of: 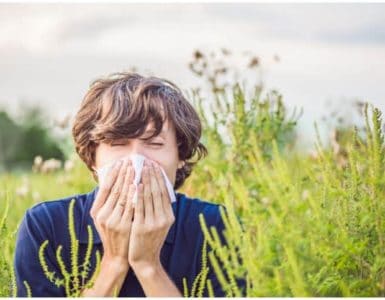 Azelastine vs Flonase (Fluticasone) – Which One Is The Best?

Hay fever, also known as seasonal allergic rhinitis (SAR), is an inflammatory condition of the upper airways which happens in response to exposure to airborne allergens in sensitized people. The financial impact is...