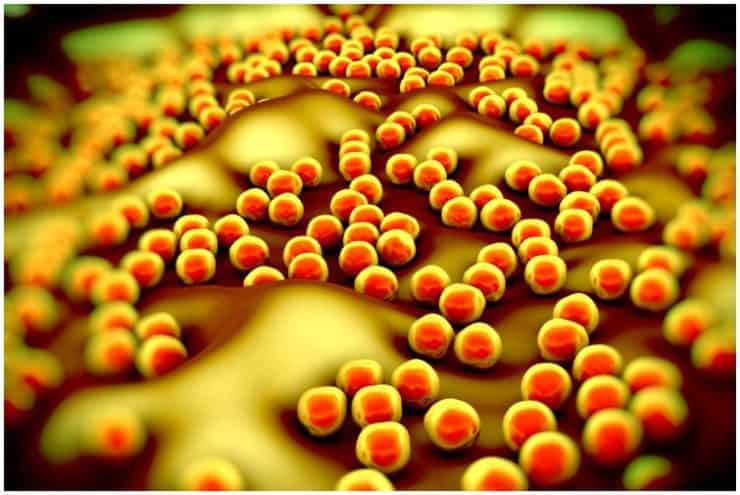 S. aureus is a human pathogen which causes a variety of clinical infections. About 30% of the human population is colonized with Staphylococcus aureus.

#1 The name Staphylococcus originates from Greek terms (staphyle and kokkos) which literally translate as a bunch of grapes. Over 30 types of Staphylococci bacteria cause infections in humans (typically skin infections which are limited to a small area of an individual’s skin, such as – boils, folliculitis, cellulitis, and impetigo), however, the most common type of Staph infection is caused by S. aureus.

#2 S. aureus is the leading cause of soft tissue and skin infections.

#4 If not detected early and treated promptly, a methicillin-resistant Staphylococcus aureus infection is very serious and can lead to a rapid deterioration of a sufferer’s condition. The mortality rate associated with invasive methicillin-resistant Staphylococcus aureus infections is estimated at around 20 percent, however, the number varies substantially between studies in different settings.

#5 There were an estimated 5 million people in the United States colonized by methicillin-resistant Staphylococcus aureus strains.

#6 According to a report published in the Journal of the American Medical Association, methicillin-resistant Staphylococcus aureus was responsible for over 19,000 deaths and 95,000 life-threatening infections in 2005.

#7 In the U.S. Healthcare Facilities, 46.3 of every 1,000 patients had active MRSA, that is around 10 times higher than previously estimated, according to a 2010 report. However, a Centers for Disease Control and Prevention study which was issued in the Journal of the American Medical Association Internal Medicine established that invasive methicillin-resistant Staphylococcus aureus infections in healthcare settings are declining.

#8 New Zealand has a higher incidence of S. aureus disease than other developed countries, with notable sociodemographic variation in incidence rates.

#9 Most infections caused by S. aureus are soft tissue and skin infections like – cellulitis or abscesses.

#11 It is a common bacterial skin infection. Cellulitis can occur anywhere in the human body, nevertheless, it most frequently occurs on the arms or legs. Symptoms include – swelling, redness, and pain at the site of infection.

#12 Other types of staph infections include the following:

#13 It is an inflammation of the inner layer of the heart, the endocardium. Surgery is occasionally required if the infection damages the heart valves, however, healthcare professionals usually treat endocarditis with antibiotics.

#14 It is a potentially life-threatening complication of the Staph infection. Also, sepsis is more dangerous in older adults. Severe cases of sepsis can lead to septic shock.

#15 It is a bacterial infection that involves the superficial skin. The infection appears around the nose, mouth, or on the skin which isn’t covered by clothes. It is usually not serious and can be treated with antibiotics. With treatment, it generally gets better in up to 10 days.

#17 Staph infections usually occur when there is a cut or break in the skin.

#18 Some conditions may put you at higher risk of Staph infections, including:

#19 Although most staph infections are not serious, Staphylococcus aureus can cause serious infections like:

#20 The definitive method to diagnose a Staph infection is to perform a bacterial culture on pus from an infected wound.

#21 Simple infections can be treated at home. But, serious Staph infections require to be treated in hospital, usually with intravenous antibiotics. Antibiotics which are usually used include:

#22 The success rate of the medical treatment for individuals with invasive staph infections will depend on:

#23 Note – Siberian brown bears have a chemical in their saliva which has been found to kill S. aureus, according to a team of scientists affiliated with multiple institutions in the United States and Russia.

#26 He was an exceptionally talented American actor who rose to fame, playing in films such as – Jaws and The French Connection. Roy died from complications of a staph infection in 2008.

#27 He was an Italian painter active in Naples, Rome, Sicily, and Malta, from the early 1590s to 1610. Caravaggio became famous for the intense and unsettling realism of his religious works. In addition, he influenced numerous artists during his lifetime. According to recent data, Caravaggio died of Staph infection.

#28 He was an American football player who played wide receiver at the Los Angeles Rams as well as the University of Notre Dame. In 2005, Jack Snow developed a staph infection and died from complications. 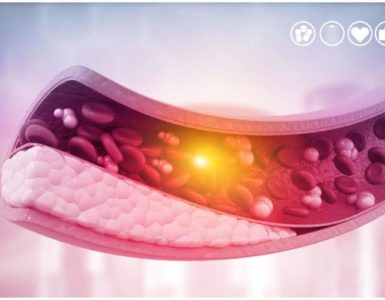 The term “leukemia” comes from the Greek words ”leukos” (meaning – white) and “haima” (meaning – blood). It is a type of cancer that starts in blood-forming tissue, typically in the bone...