Who are the most famous celebrities with mental illness?

Mental illness is a collective term that refers to a wide range of mental health conditions.

Mental illnesses can affect the way a person thinks, feels, and behaves.

They can also lead to problems with substance abuse, relationships, work, and self-esteem.

While there is no single cause of mental illness, it is often seen as the result of a combination of genetic, psychological, and environmental factors. 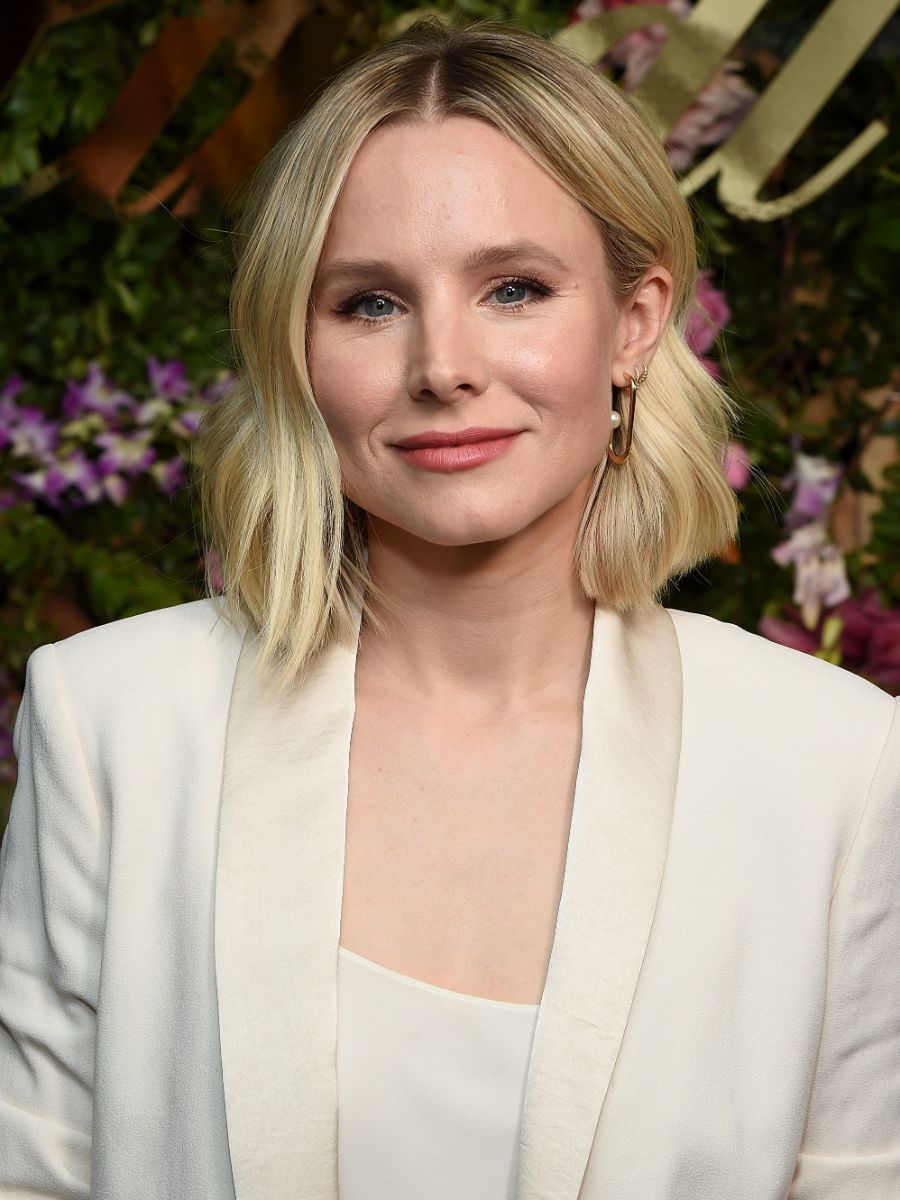 Actress Kristen Bell is known for her upbeat personality, however, she has struggled with anxiety and depression her whole life.

“Here’s the thing: For me, depression is not sadness. It’s not having a bad day and needing a hug. It gave me a complete and utter sense of isolation and loneliness,” Kristen Bell wrote in a 2016 essay for Motto.

She added: ”Its debilitation was all-consuming, and it shut down my mental circuit board. I felt worthless, like I had nothing to offer, like I was a failure. Now, after seeking help, I can see that those thoughts, of course, couldn’t have been more wrong,” Kristen Bell wrote in a 2016 essay for Motto. ” 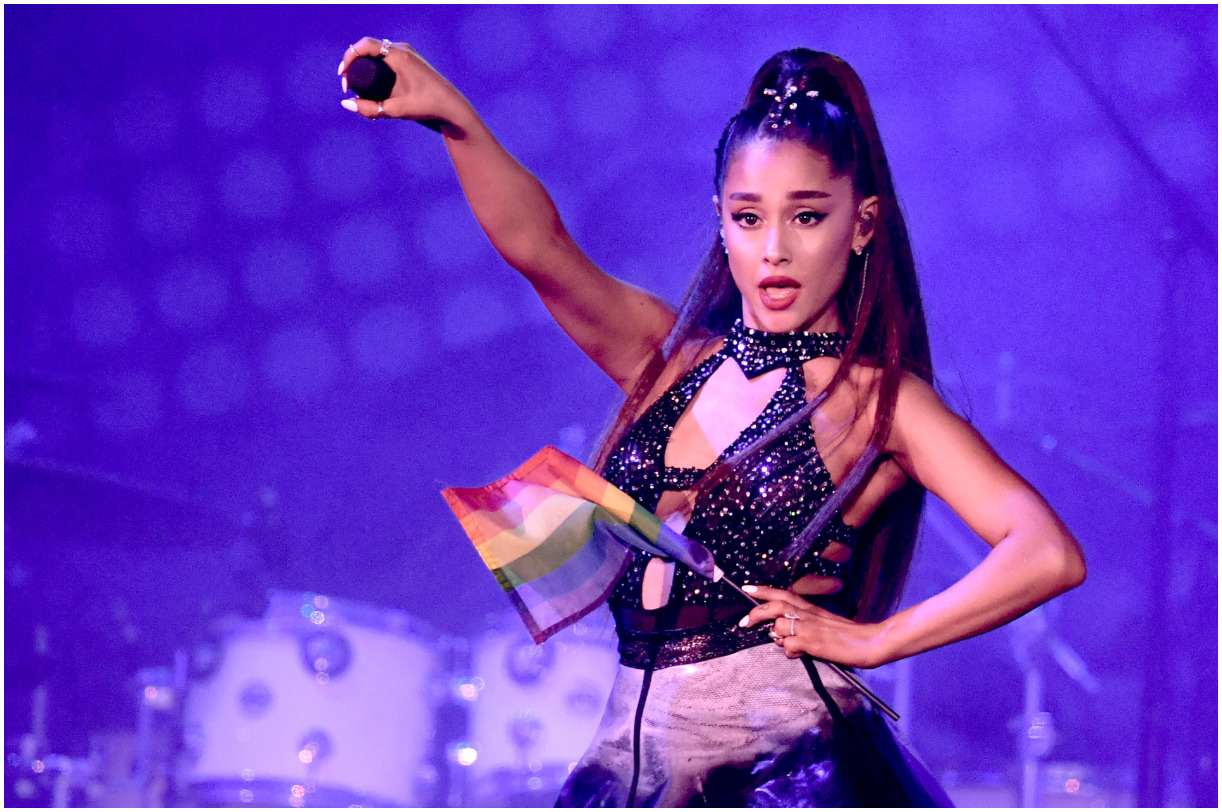 She opened up about her battle with anxiety and post-traumatic stress disorder following the bombing at a Manchester concert venue while she was performing.

”I think a lot of people have anxiety, especially right now. My anxiety has anxiety … I’ve always had anxiety. I’ve never really spoken about it because I thought everyone had it, but when I got home from tour it was the most severe I think it’s ever been,” she said. 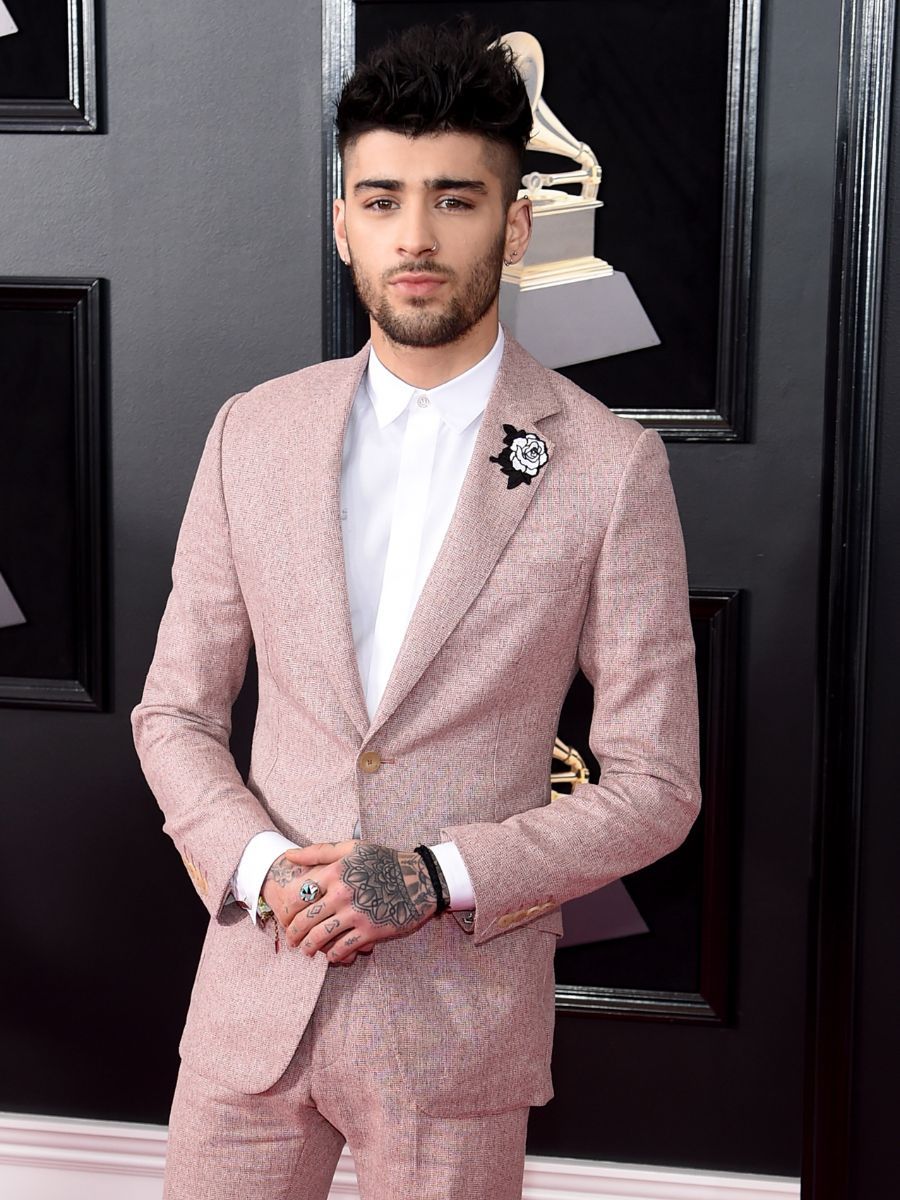 The singer has coped with anxiety, panic attacks, and disordered eating.

“Anxiety is nothing to be ashamed of; it affects millions of people every day,” wrote Zayn Malik in his book. 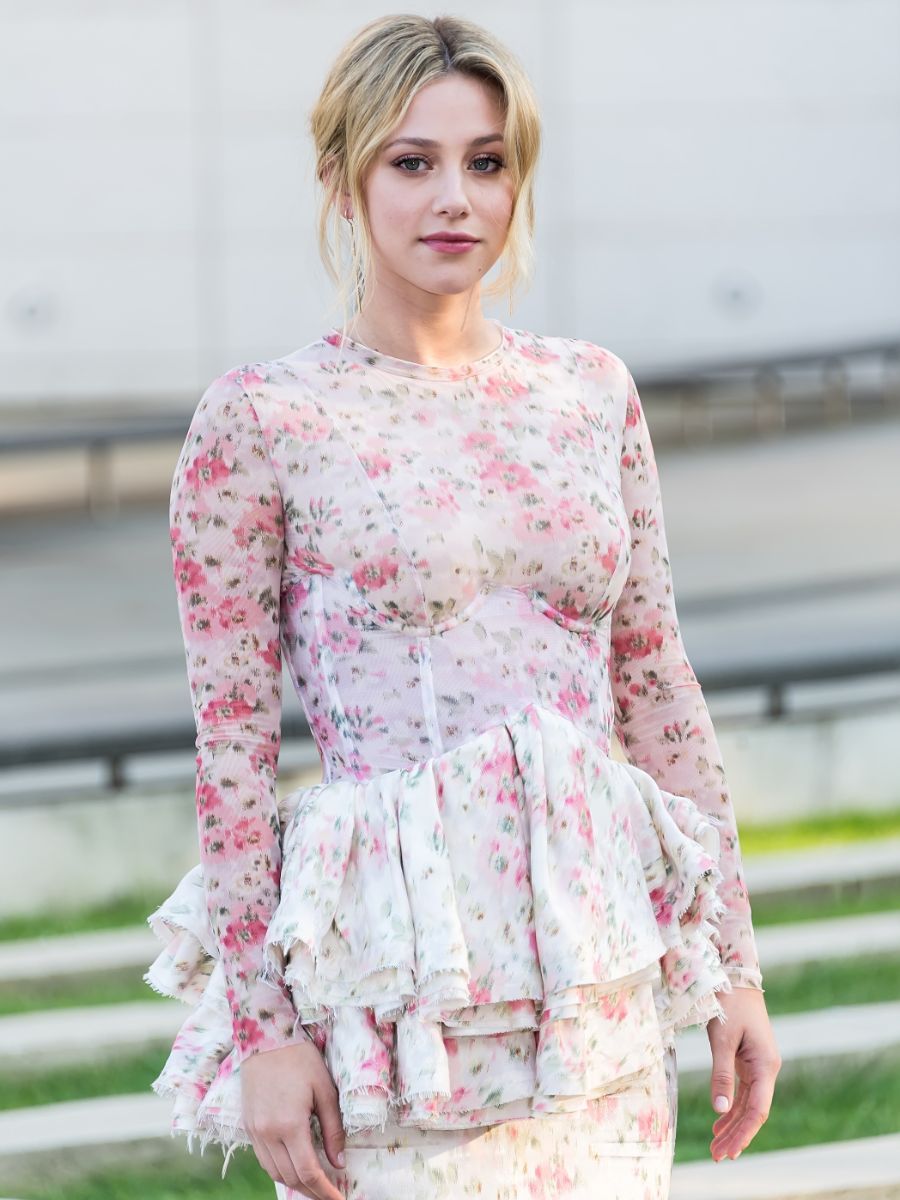 “To anyone out there who feels depressed or hopeless … do not f—— give up on yourself. You’re all you’ve got. And you deserve the world … You will get through whatever you’re going through now. And you’ll be so much stronger at the end of it. You’re stronger than you know,” tweeted Lili Reinhart. 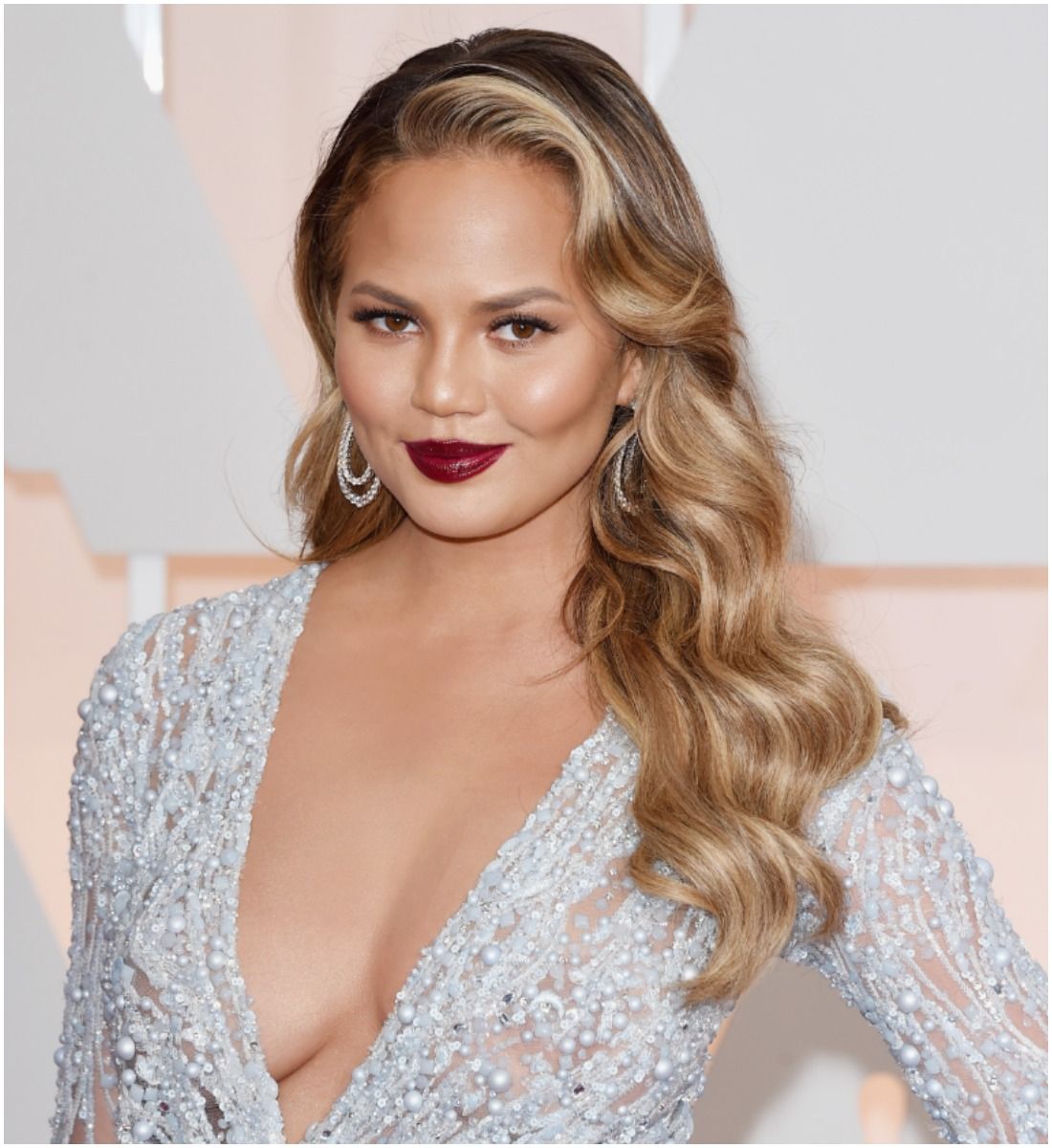 “I also just didn’t think it could happen to me. I have a great life. I have all the help I could need: John, my mother (who lives with us), a nanny. But postpartum does not discriminate. I couldn’t control it. And that’s part of the reason it took me so long to speak up: I felt selfish, icky, and weird saying aloud that I’m struggling. Sometimes I still do,” Chrissy Teigen wrote in an essay for Glamour. 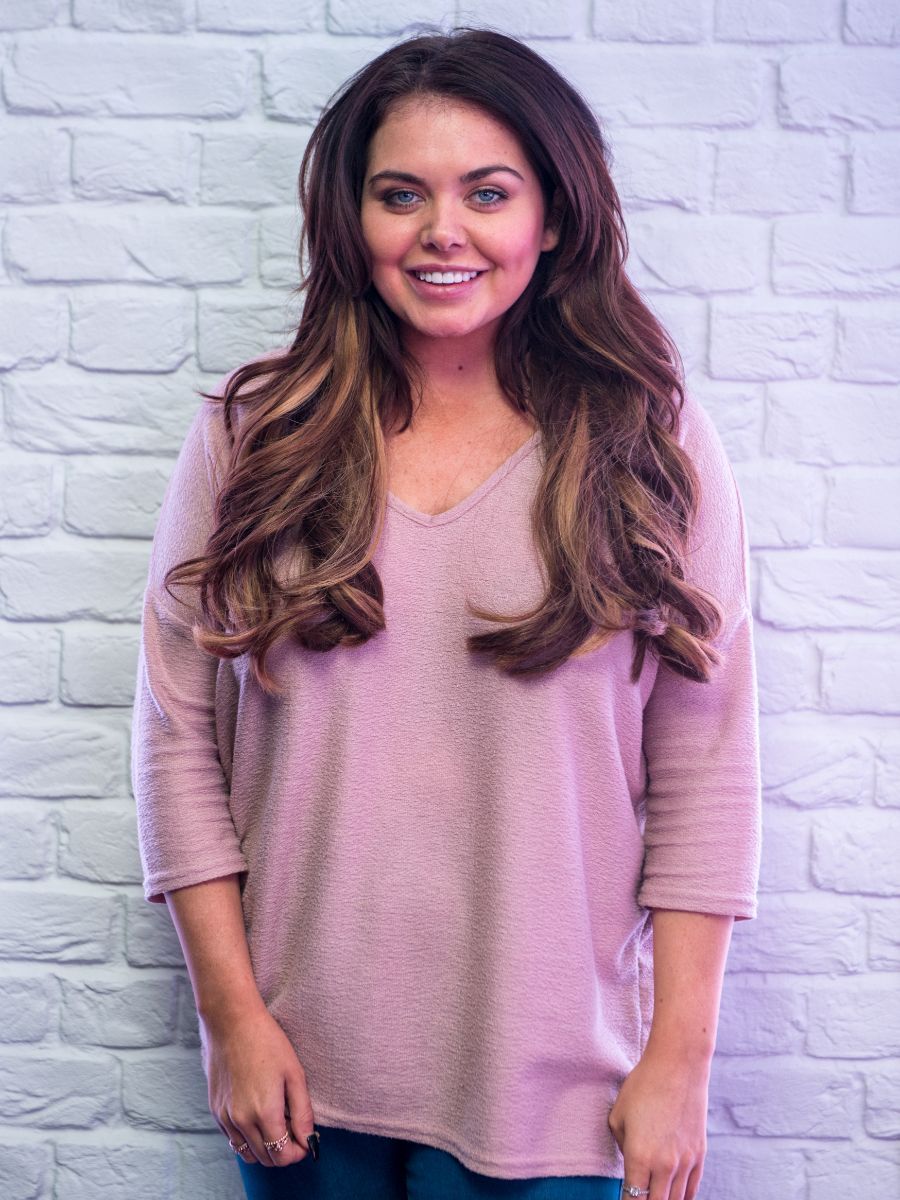 “Recently my anxiety has been really bad, especially after seeing those acid attacks on the news. I’d cry for two hours in the morning, because I had it in my head that people would see the camera and that would make me a target. In my head, I was going to be an acid attack victim. It sounds bizarre, because the chances of that happening are so small, but that’s how my brain works,” Scarlett Moffatt opened up recently to The Mirror. 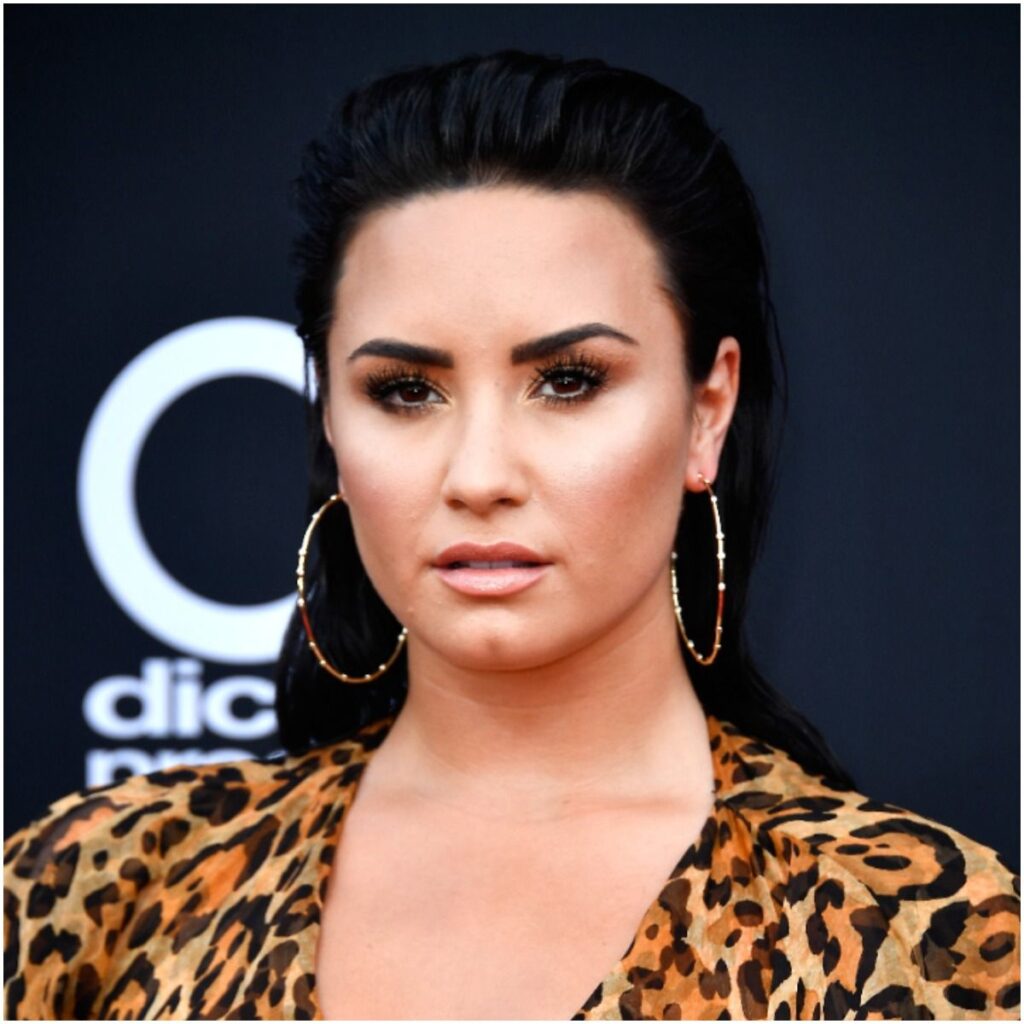 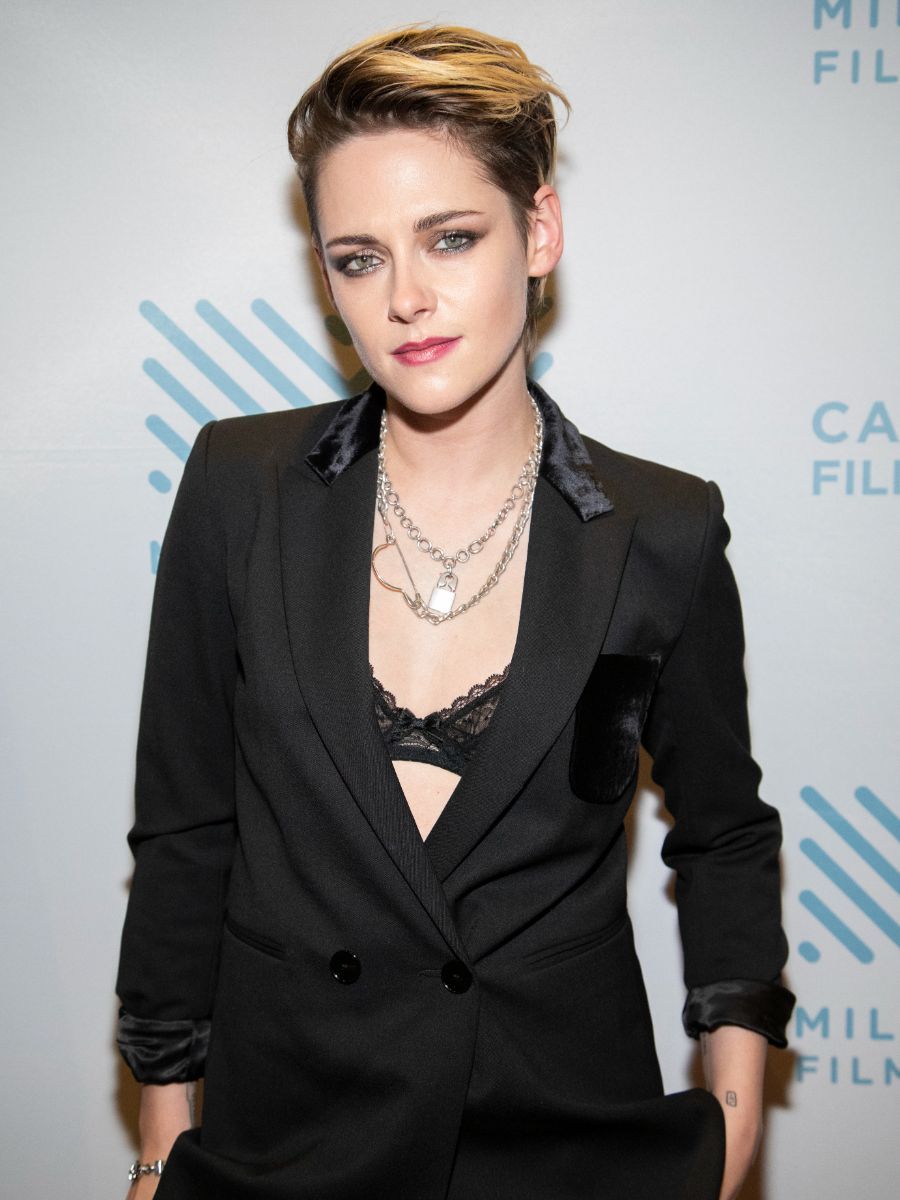 ”Between ages 15 and 20, it was really intense. I was constantly anxious. I was kind of a control freak. If I didn’t know how something was going to turn out, I would make myself ill, or just be locked up or inhibited in a way that was really debilitating,” Kristen Stewart talks about not being able to let go. 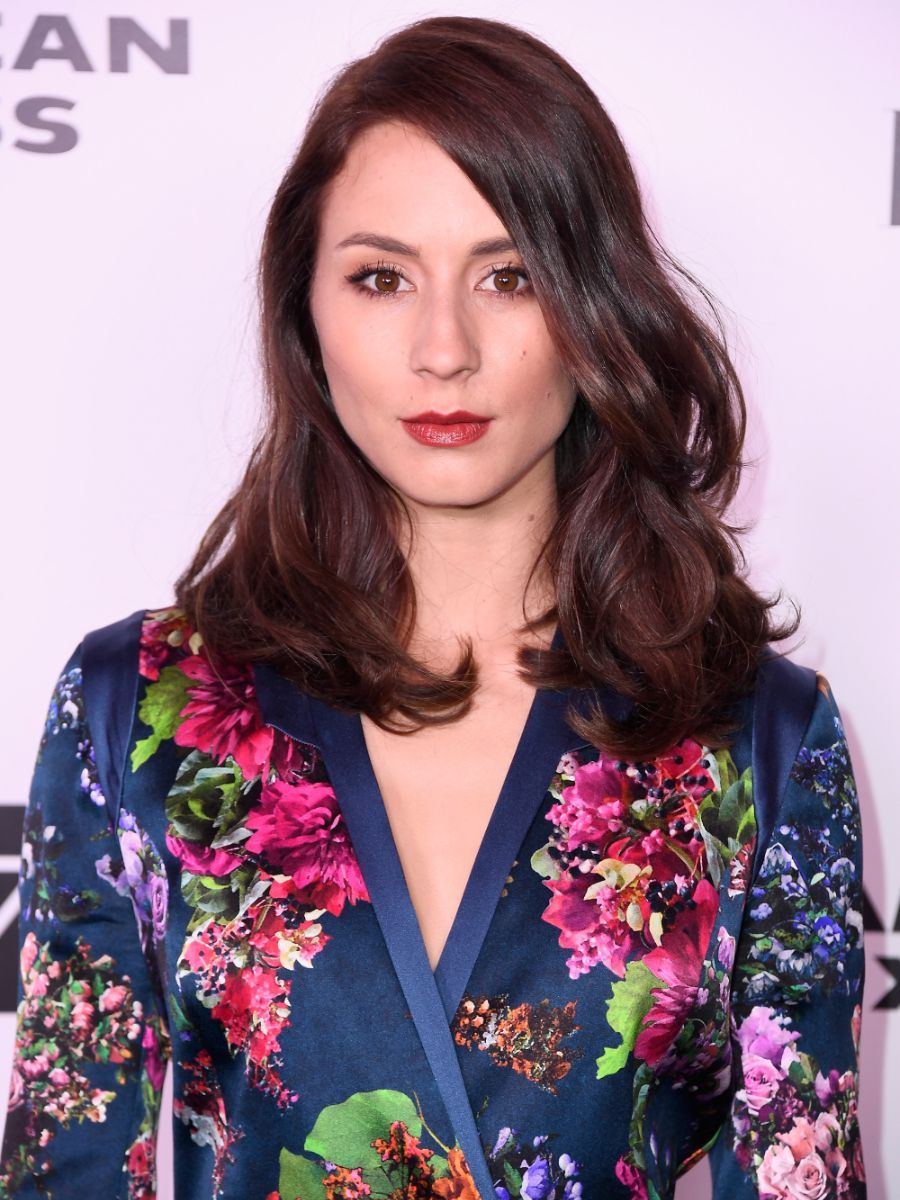 “I started self-harming when I was a junior. I would withhold food or withhold going out with my friends based on how well I did that day in school…I didn’t know what was right and what was wrong, so I think I created this bizarre system of checks and balances to create order in my world. But it really backfired,” Troian Bellisario told Seventeen. 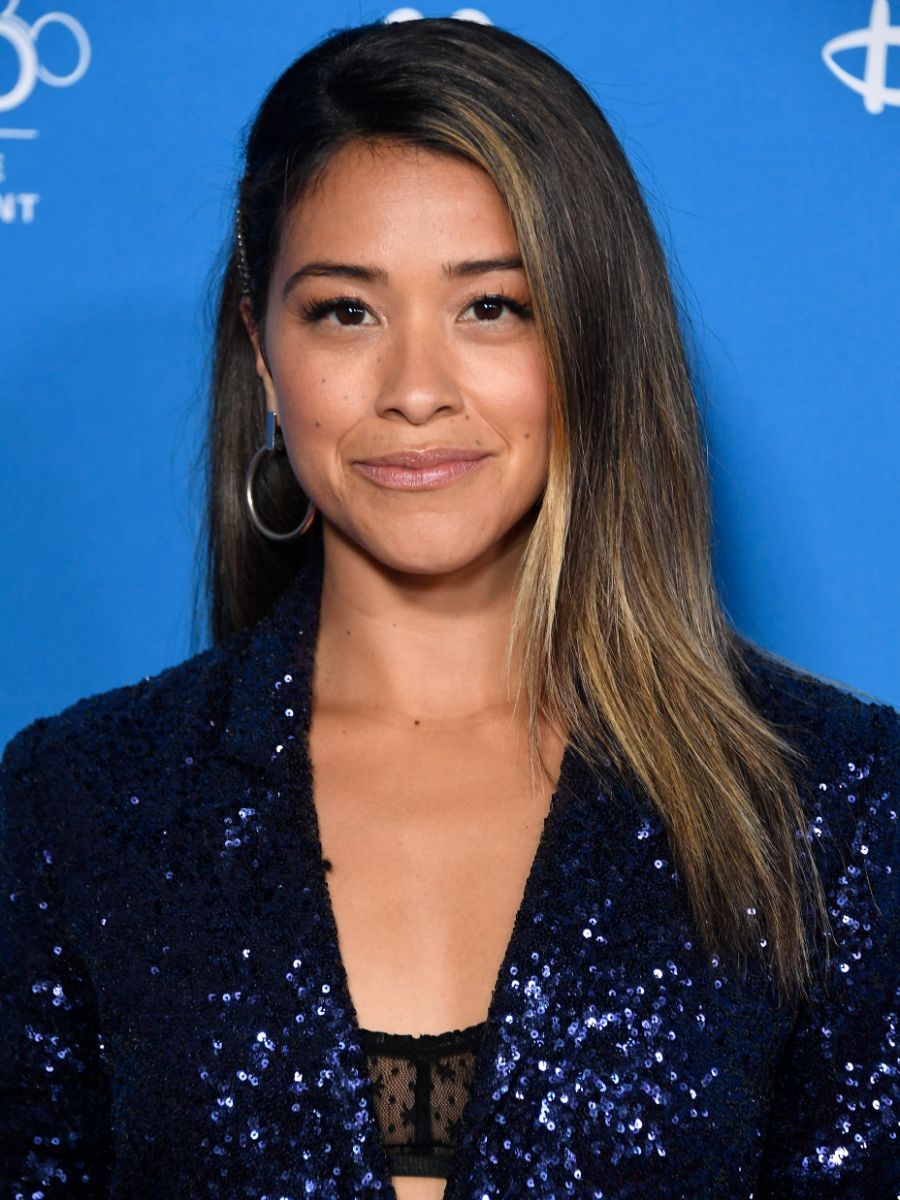 “I suffer from anxiety. And watching this clip I could see how anxious I was but I empathize with myself. I wanted to protect her and tell her it’s ok to be anxious, there is nothing different or strange about having anxiety and I will prevail. I like watching this video. It makes me uncomfortable but there is a freedom I feel maybe even an acceptance. This is me. Puro Gina,” Gina Rodriguez captioned one Instagram video. 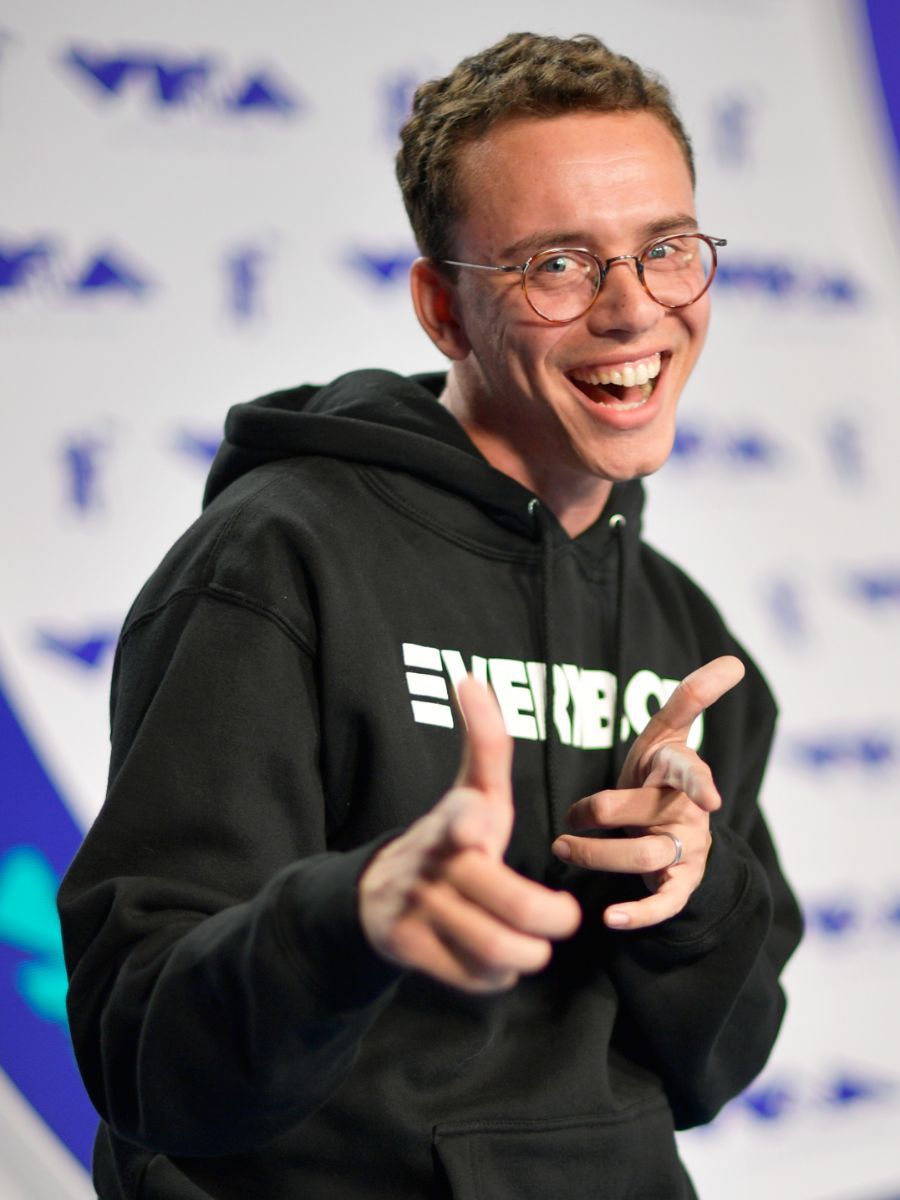 The rapper was diagnosed with derealization disorder. Logic said in an interview with CBS News’ Sunday Morning show:

“[Derealization is] an intense form of anxiety where you feel like you’re almost separated, and there’s a filter between you and reality at all times because you’re hyper-analyzing the situations around you.” 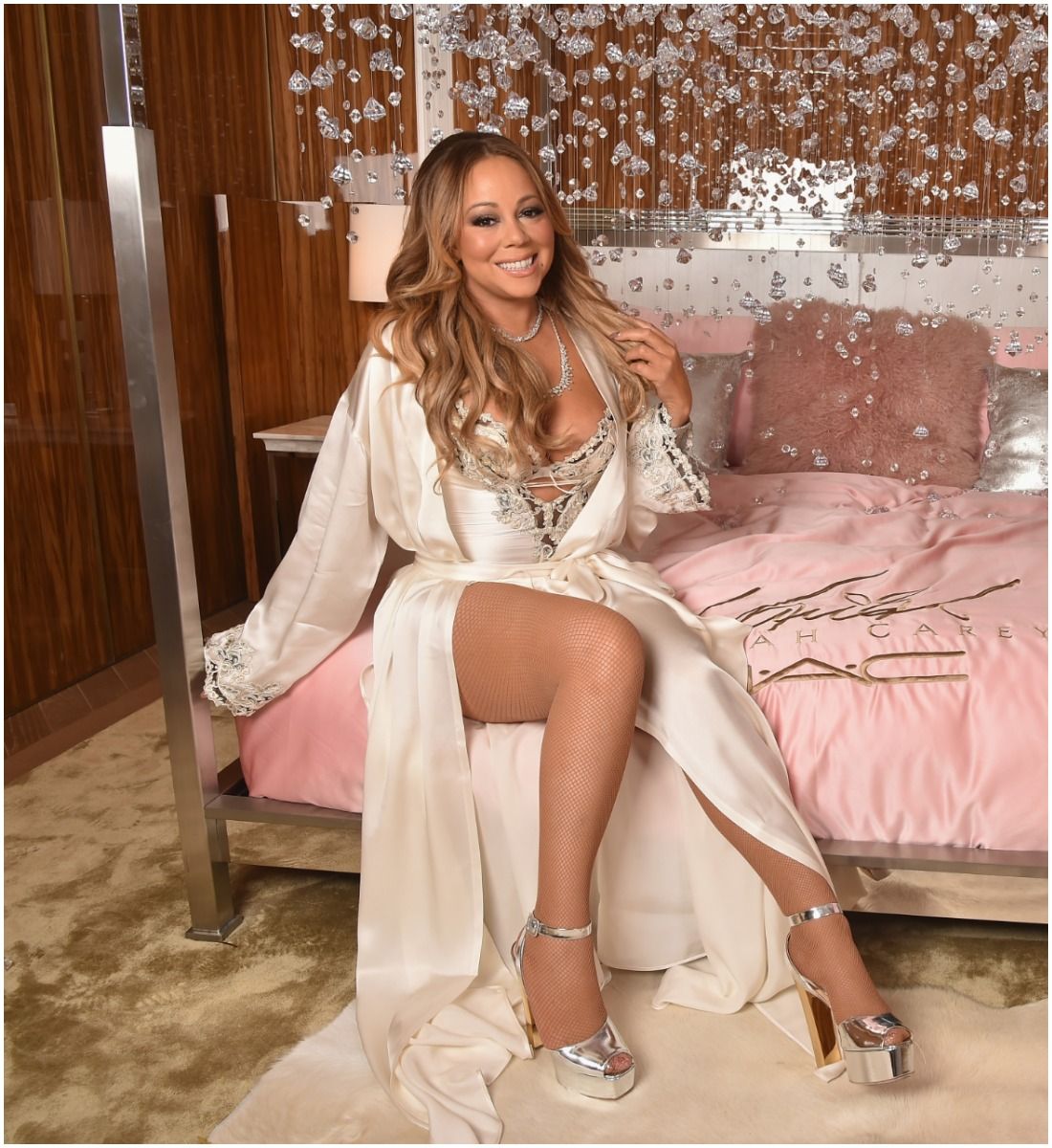 “Until recently I lived in denial and isolation and in constant fear someone would expose me,” Mariah Carey revealed in a recent interview with People magazine. “It was too heavy a burden to carry and I simply couldn’t do that anymore. I sought and received treatment, I put positive people around me and I got back to doing what I love – writing songs and making music.” 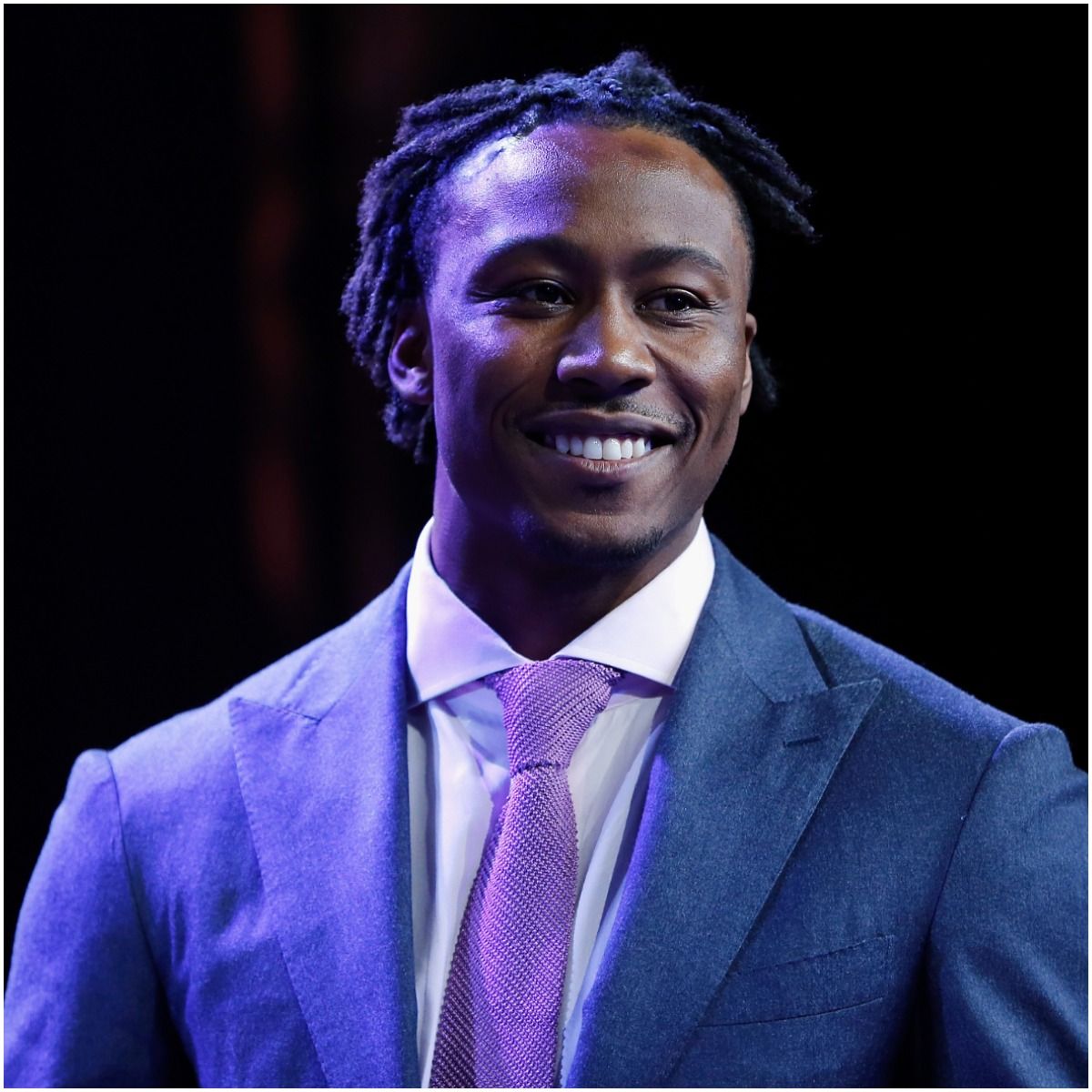 “Before this ordeal, I kept asking God to show me my purpose. I’ll be the face of BPD. I’ll make myself vulnerable if it saves someone’s life because I know what I went through this summer helped save mine,” Brandon Marshall told the Sun Sentinel in 2011. 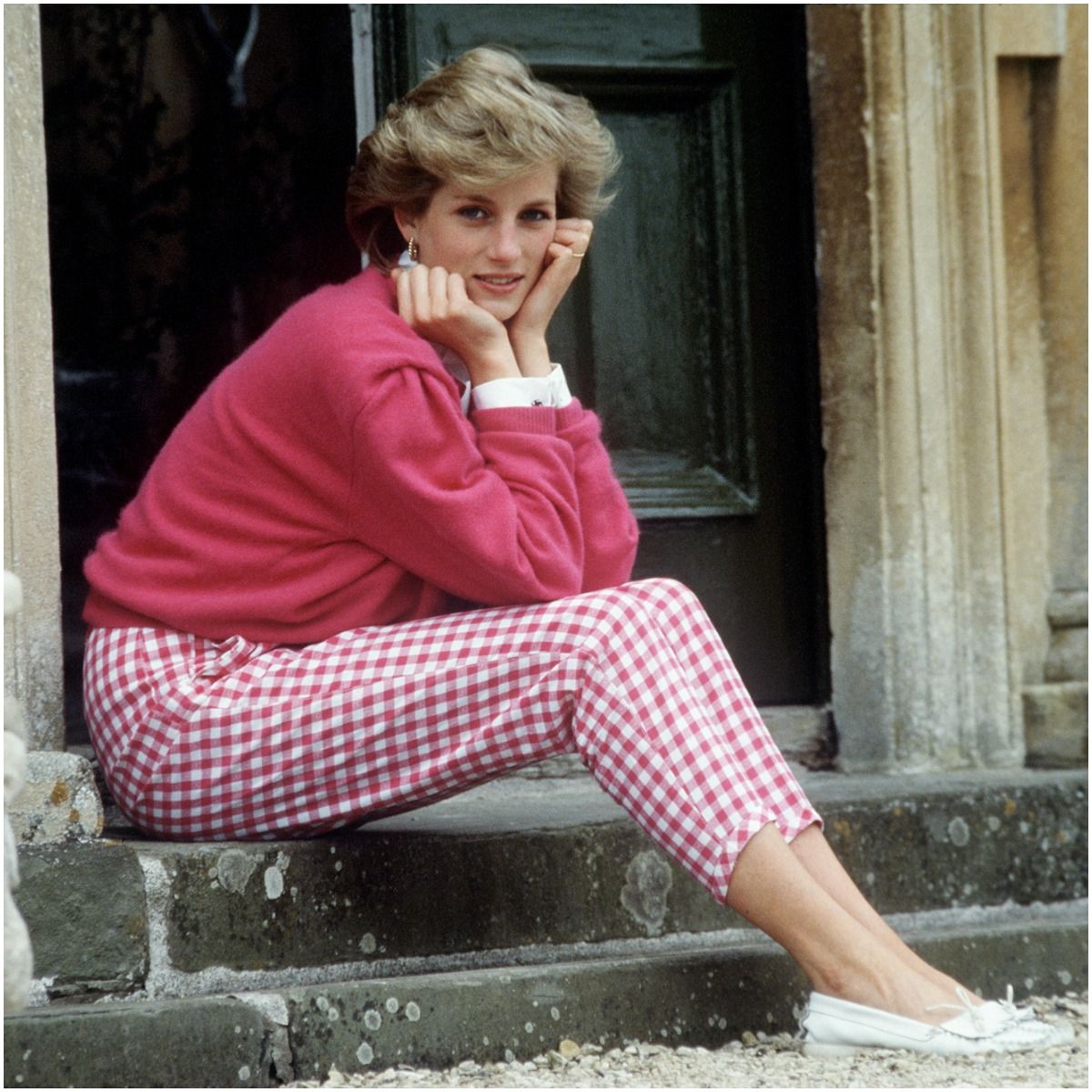 “I was unwell with post-natal depression, which no one ever discussed… and that in itself was a bit of a difficult time. You’d wake up in the morning feeling you didn’t want to get out of bed, you felt misunderstood, and just very, very low in yourself.” She continued:

“When no one listens to you, or you feel no one’s listening to you, all sorts of things start to happen. For instance, you have so much pain inside yourself that you try and hurt yourself on the outside because you want help, but it’s the wrong help you’re asking for,” Princess Diana said in a 1995 interview. 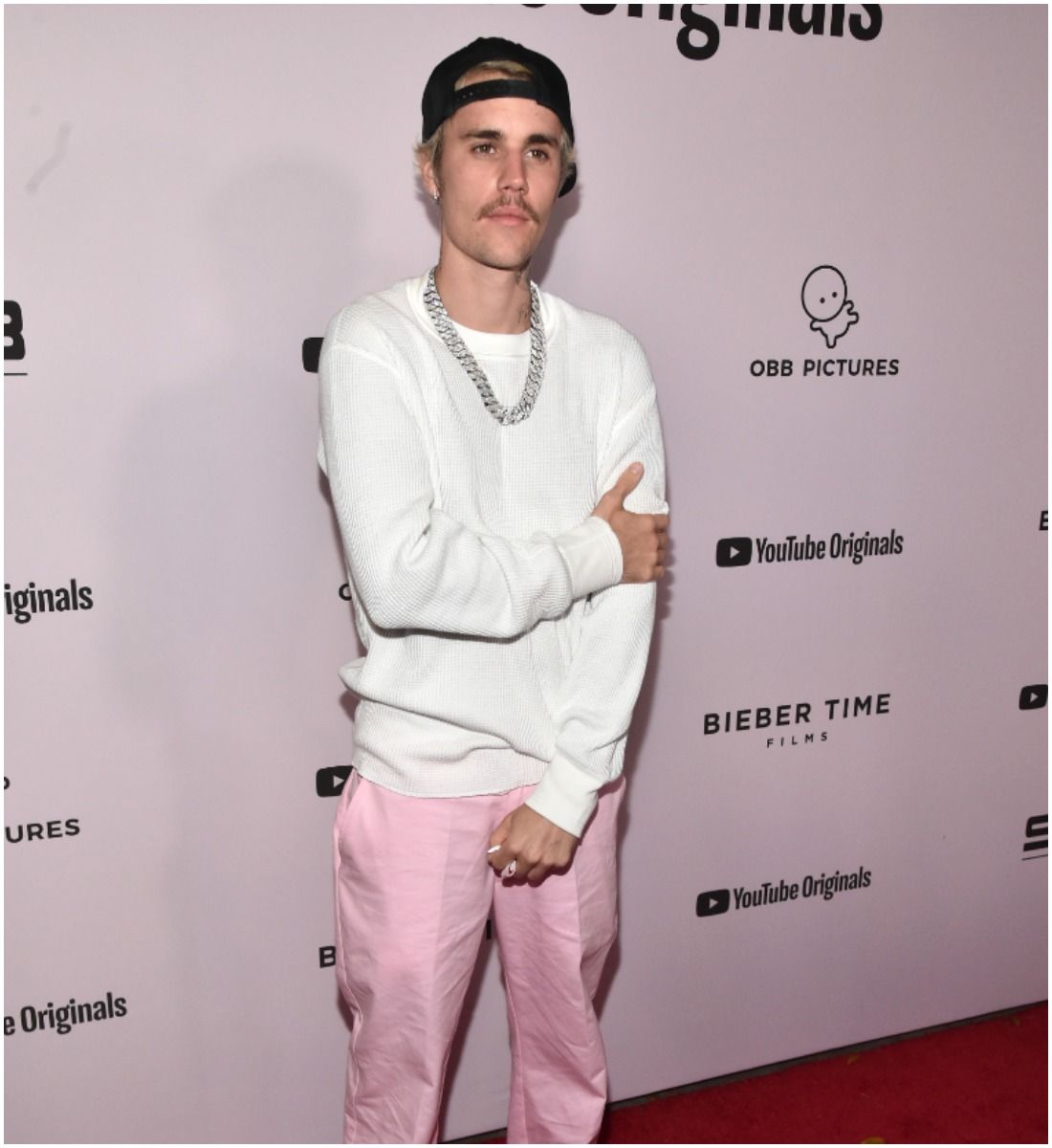 “I’m struggling just to get through the days. I think a lot of people are. This life can rip you apart. [I get depressed] all the time. And I feel isolated.” Justin Bieber spoke to NME. He continued:

”You’re in your hotel room and there are fans all around, paparazzi following you everywhere, and it gets intense. When you can’t go anywhere or do anything alone you get depressed. I would not wish this upon anyone.” 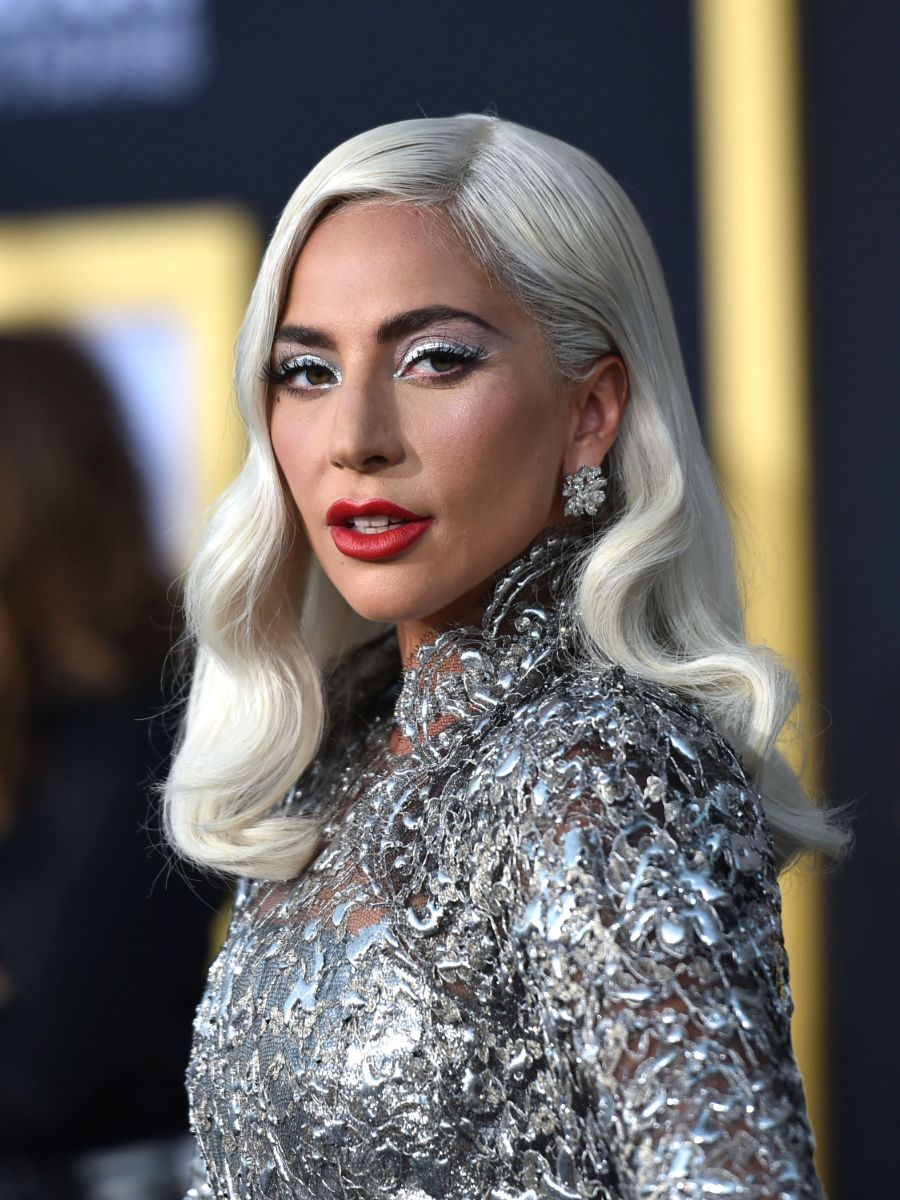 “I’ve suffered through depression and anxiety my entire life,” Lady Gaga told Billboard. ”I still suffer with it every single day. I just want these kids to know that that depth they feel as human beings is normal. We were born that way. This modern thing, where everyone is feeling shallow and less connected? That’s not human.” 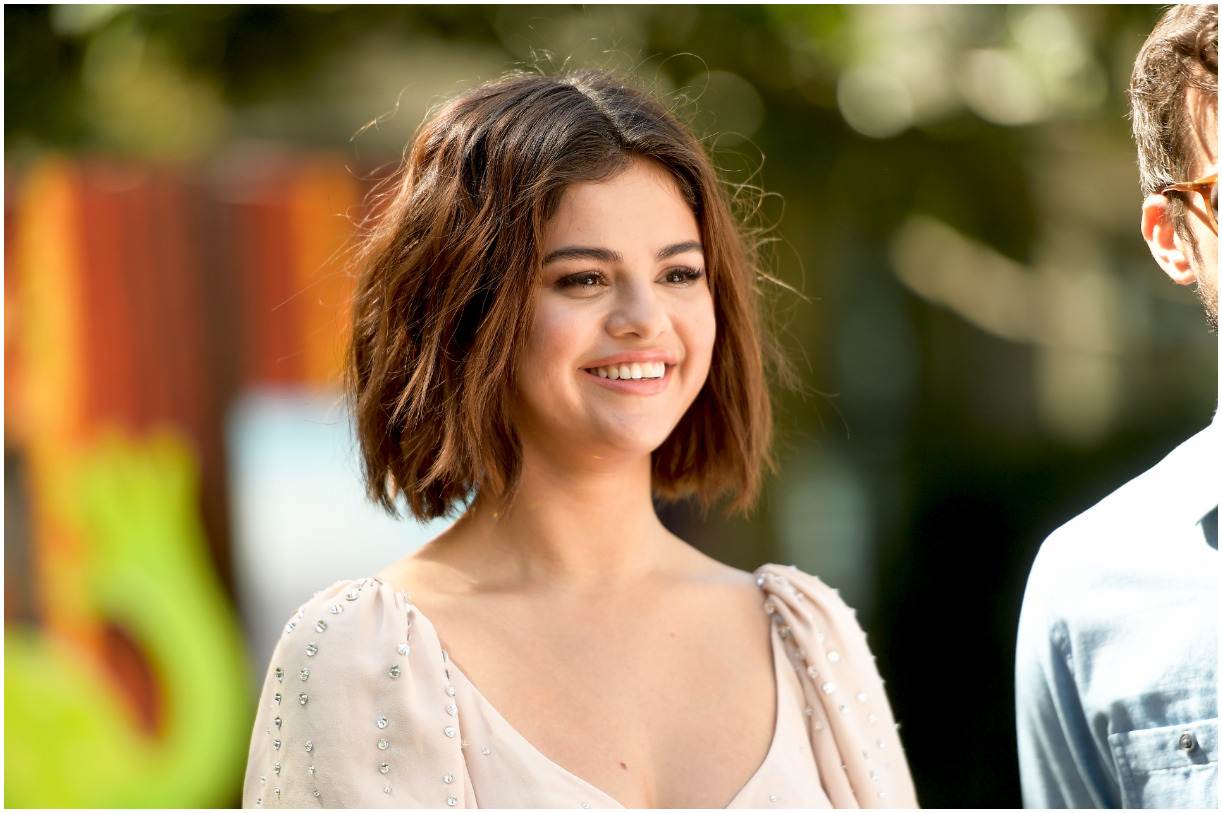 ”Around a year ago I revealed that I have Lupus, an illness that can affect people in different ways,” Selena Gomez said during an interview. ”I’ve discovered that anxiety, panic attacks, and depression can be side effects of Lupus, which can present their own challenges. I want to be proactive and focus on maintaining my health and happiness and have decided that the best way forward is to take some time off.” 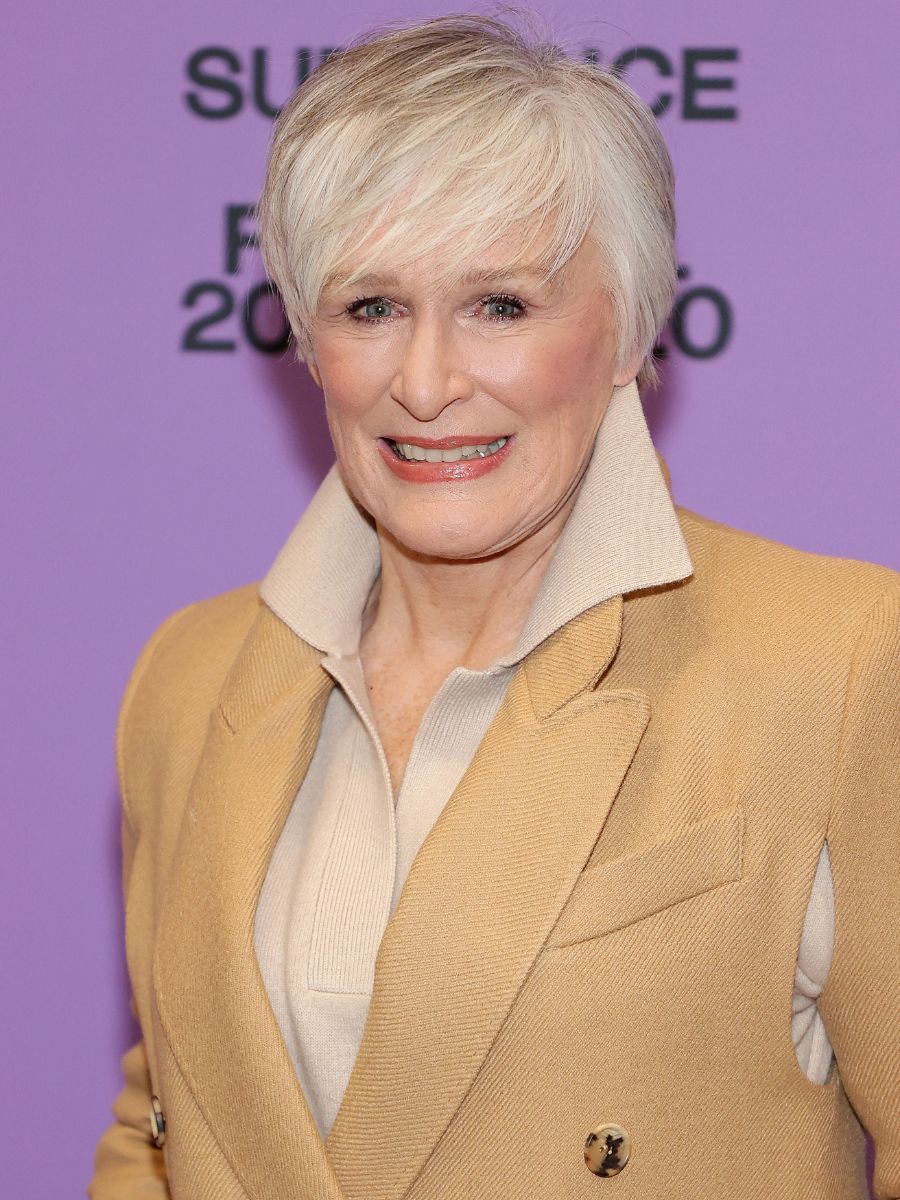 Glenn Close was diagnosed with depression for the first time at the age of 61. She told Moneyish:

“The worst thing that a human can endure is to be so marginalized, to be left out, to not have connection, and those with mental illness are the people that fall through the cracks. And stigma is the reason. It’s OK to talk about mental illness, and I like to.” 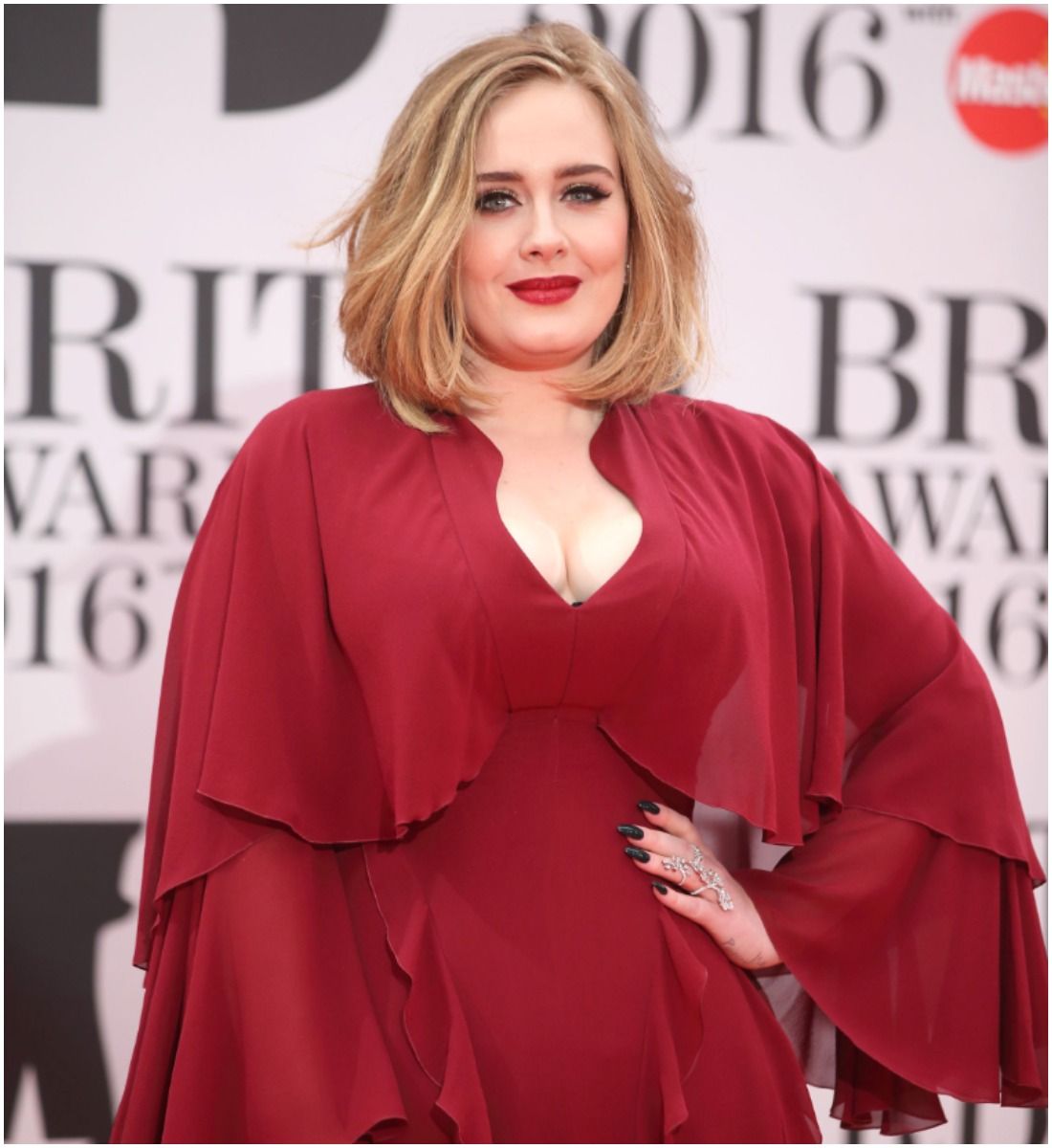 ”I can slip in and out of [depression] quite easily. I had really bad postpartum depression after I had my son, and it frightened me,” Adele told Vanity Fair. “I didn’t talk to anyone about it. I was very reluctant…” She continued: ”Four of my friends felt the same way I did, and everyone was too embarrassed to talk about it.” 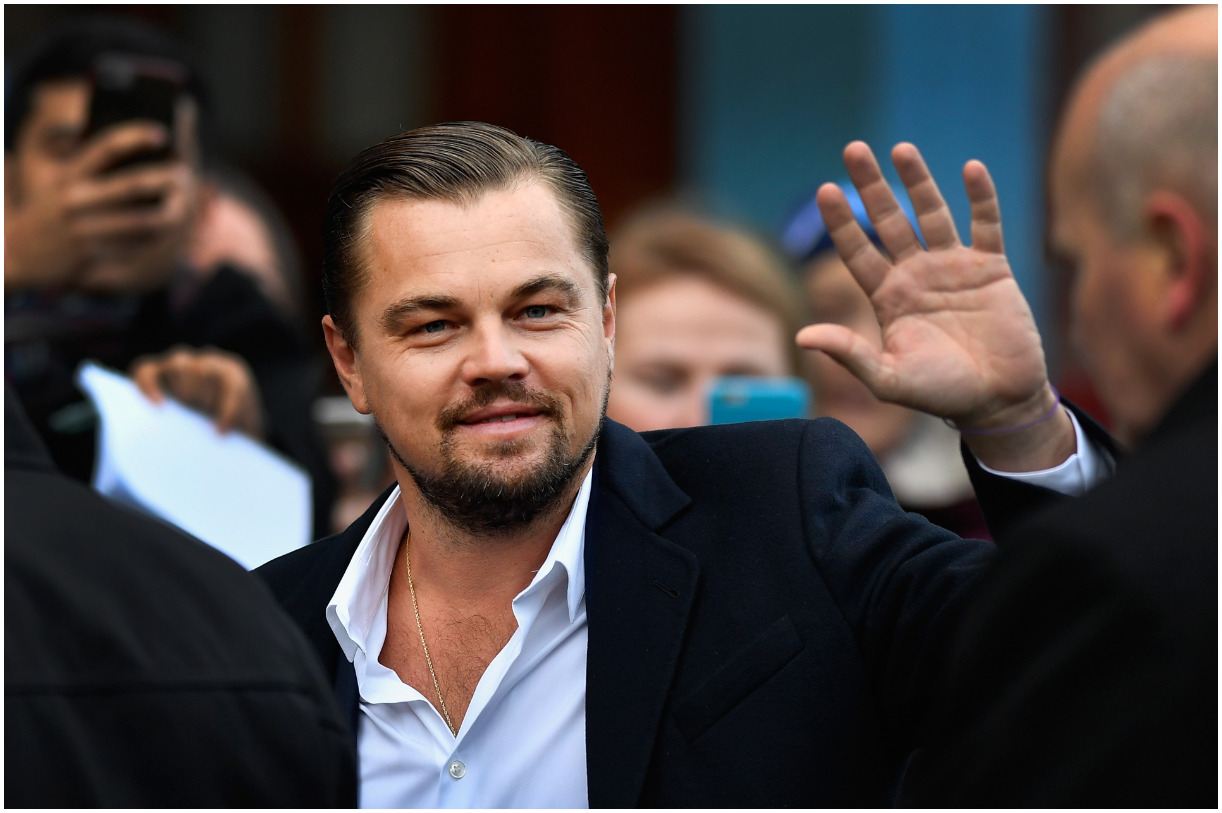 “I’m able to say at some point, ‘OK, you’re being ridiculous. Stop stepping on every gum stain you see. You don’t need to do that,’” DiCaprio said about his obsessive-compulsive disorder.

“Mental health is so important man. I’m not feeling the best rn and my anxiety is super bad, love u guys.” the musician tweeted. 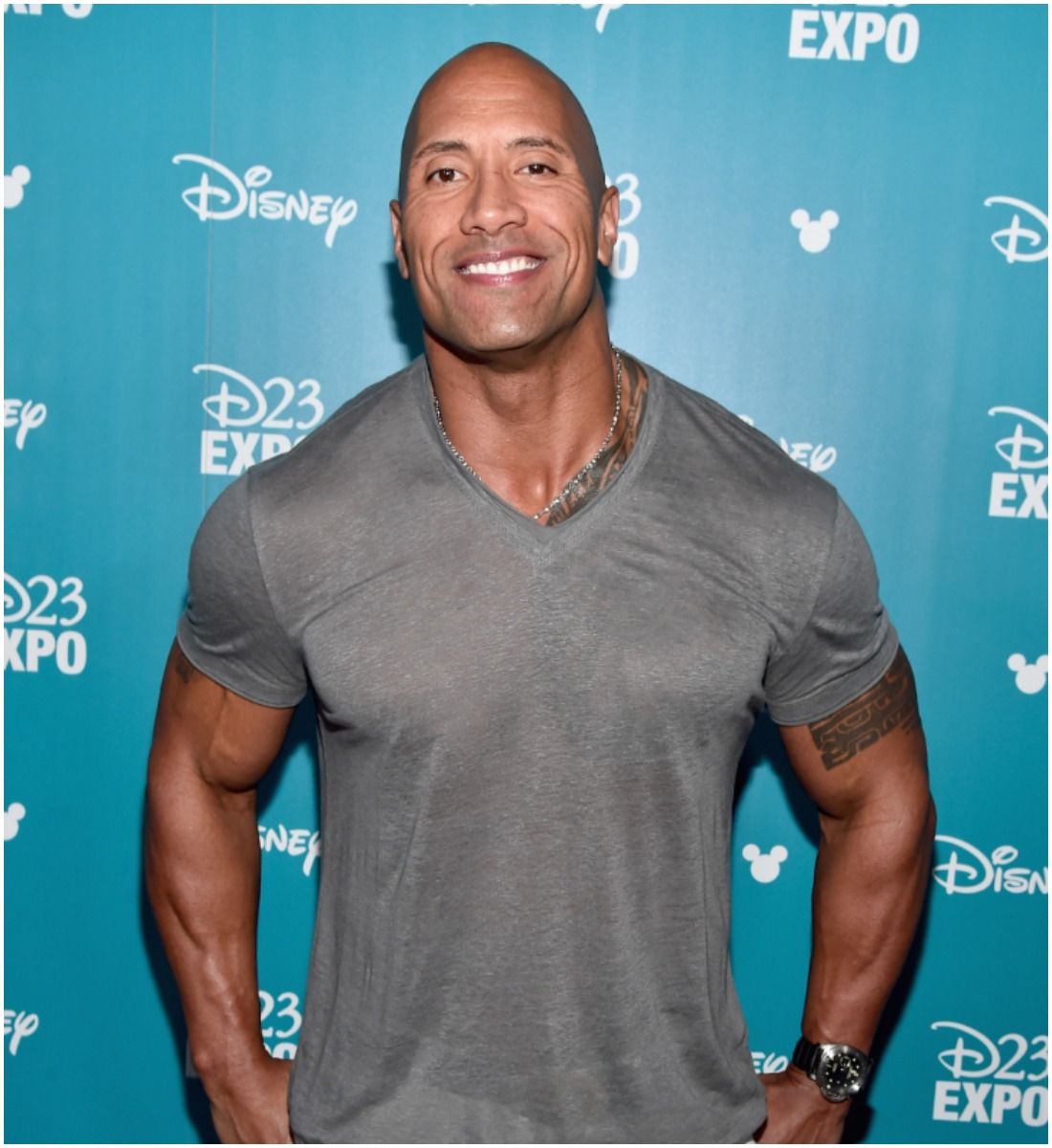 “Struggle and pain is real. We’ve all been there on some level or another,” Dwayne wrote in an Instagram post about being affected by suicide. 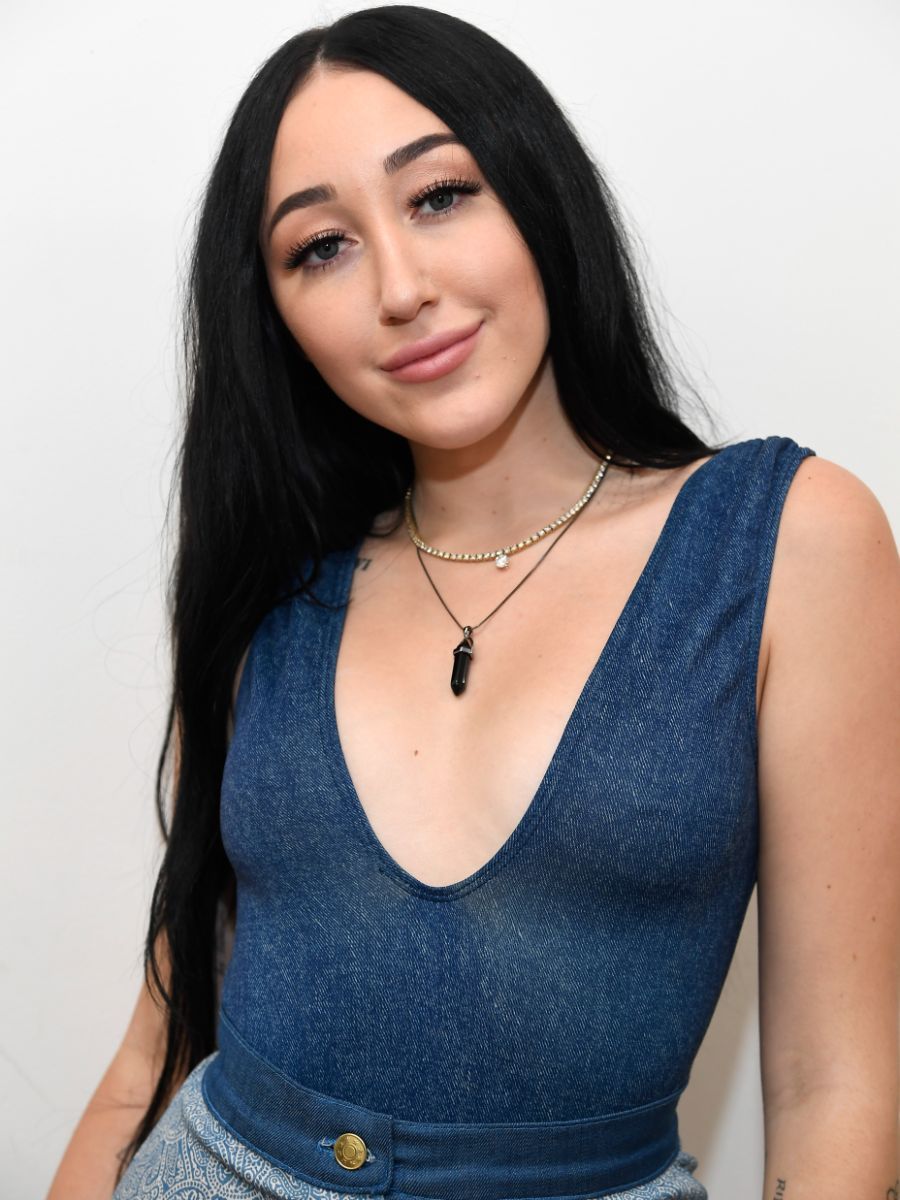 “A lot of people like to judge you, and make fun of you on the Internet, and people make you feel crazy whenever you’re in a depression or having anxiety or having a panic attack,” Noah Cyrus explained during an interview with L’Officiel USA. He continued:

“It’s about that and being sad and having your emotions and not being able to ignore the feelings you’re having.” 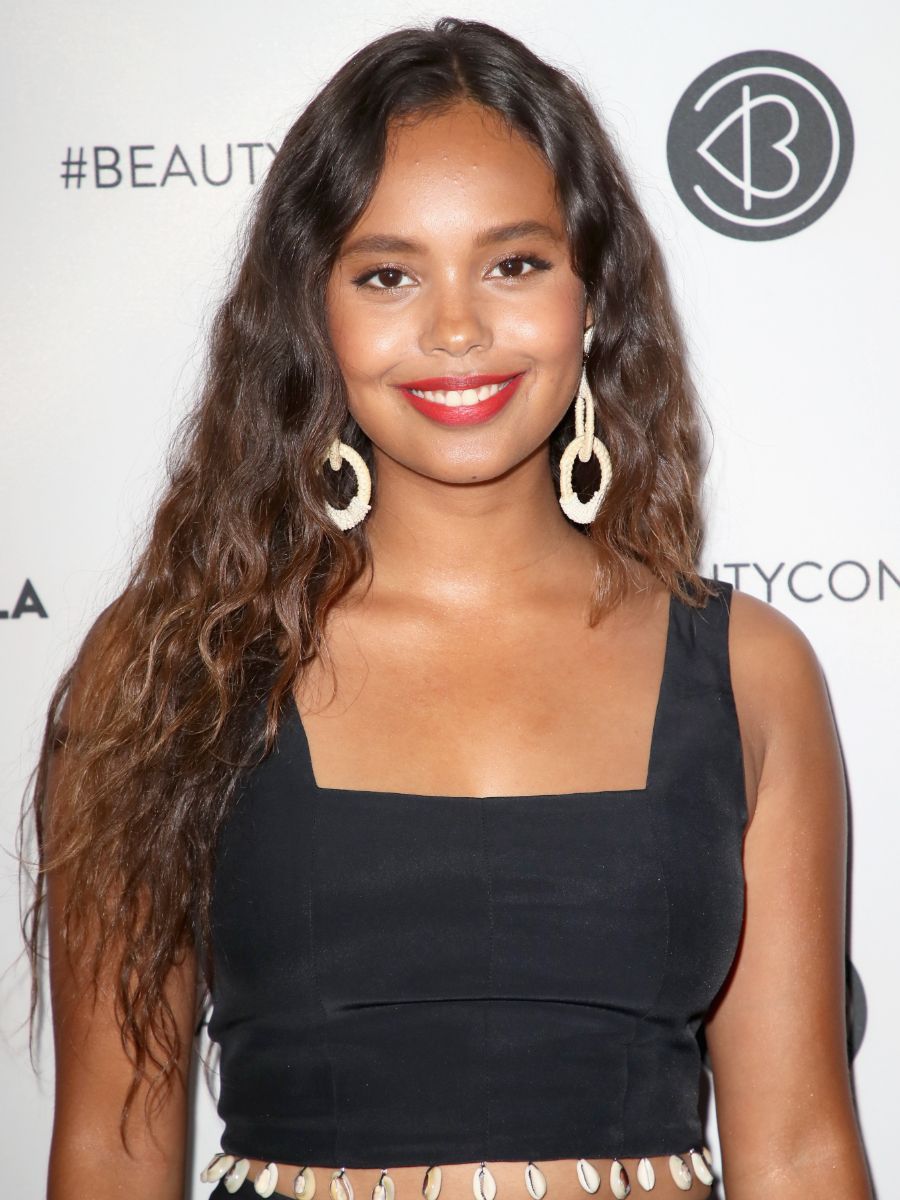 “Depression is something that’s kind of followed me my whole life,” Alisha Boe said in a recent radio interview. 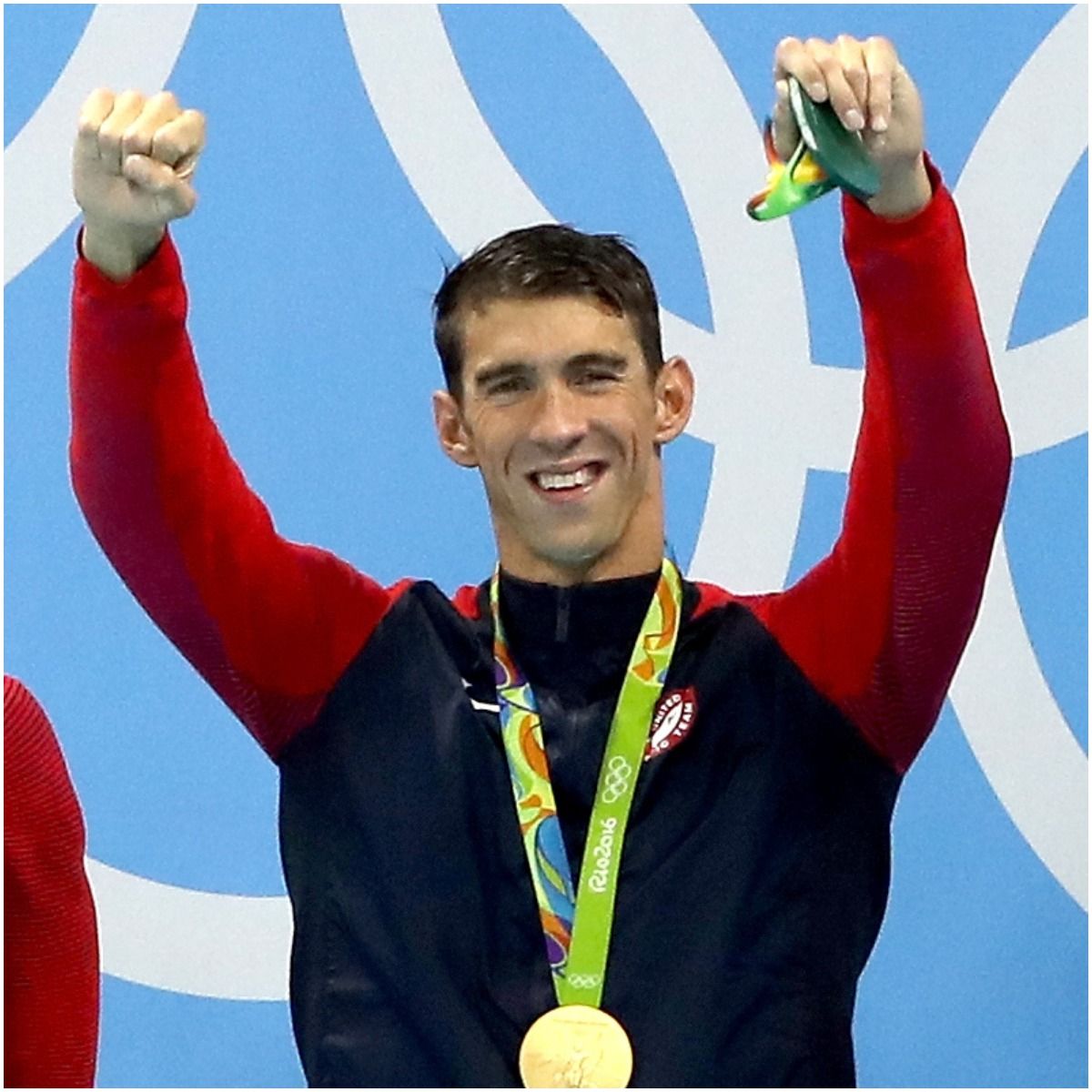 “For Phelps, a gangly, hyperactive child who was diagnosed with the condition aged nine, the swimming pool was a sanctuary, a place to burn off excess energy.” 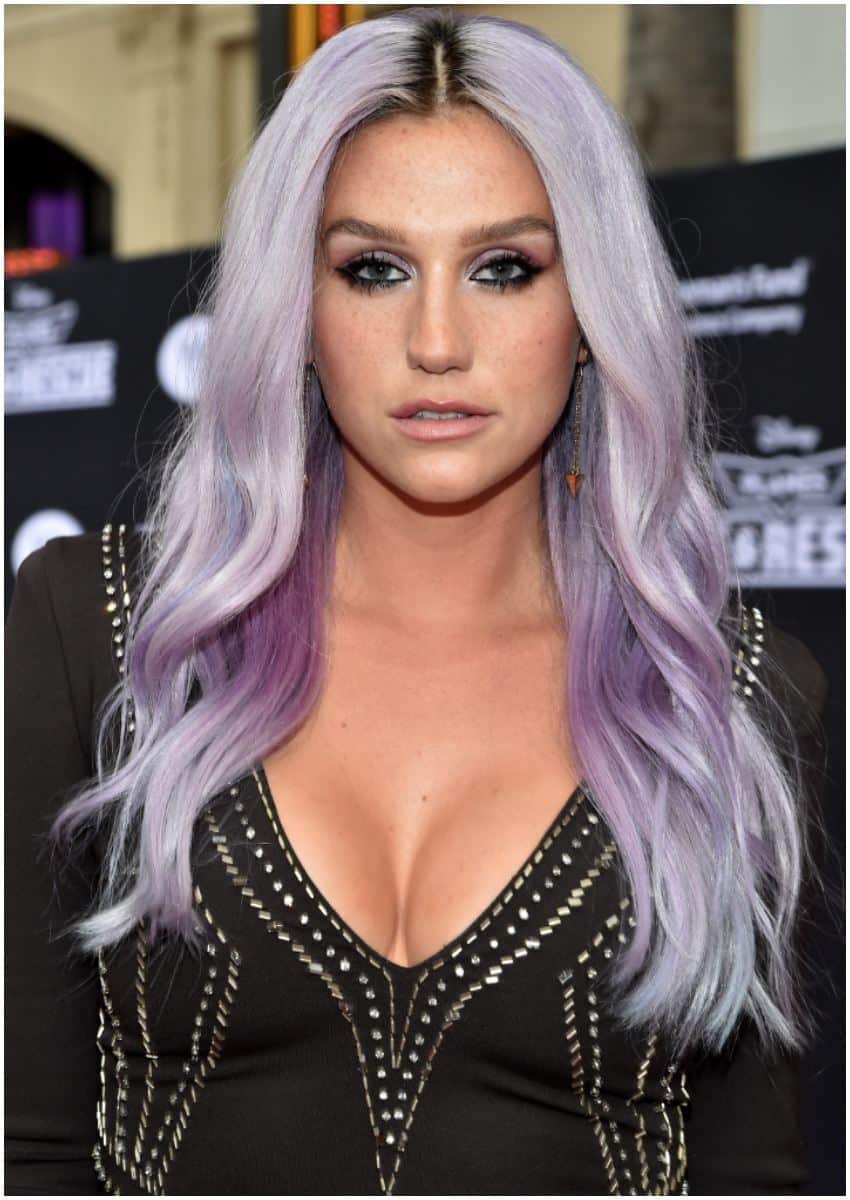 ”If I’m lucky enough to have a voice someone will listen to, then I should use it for good, for truth,” Kesha speaks out about her mental health at the 2016 Billboard Women in Music awards. She continued:

”That is why I have recently spoken openly about some of my struggles including my crippling anxiety and beginning recovery for an eating disorder amongst many other things. I know I’m not alone. These are struggles millions of people around the world deal with on a daily basis.”

READ THIS NEXT: Famous People With Disabilities