Autism is part of a group of diseases called autistic spectrum disorders, that includes four other disorders:

Autism appears to be triggered by a number of different circumstances — including biologic, environmental, and genetic factors.

The disorder occurs more often in boys than in girls, with a 4 to 1 male-to-female ratio, according to the Centers for Disease Control and Prevention.

The most common symptoms of autism are:

She was an American artist who was best known for her oeuvre of brightly colored textile works created in crochet and knitting.

At a young age, Deborah was diagnosed with autism.

As an adult, she was high-functioning enough to live on her own and keep an apartment in New Orleans, however, she never held a regular job.

She is an American musician, songwriter, and actress.

Love had a turbulent childhood: her parents divorced when she was young and underwent a custody battle.

In addition, when she was a young girl, Courtney was diagnosed as “mildly autistic.”

He is an English essayist, poet, translator, novelist, and autistic savant.

Daniel was featured in a documentary film called The Boy with the Incredible Brain.

He also suffered from seizures as a child. 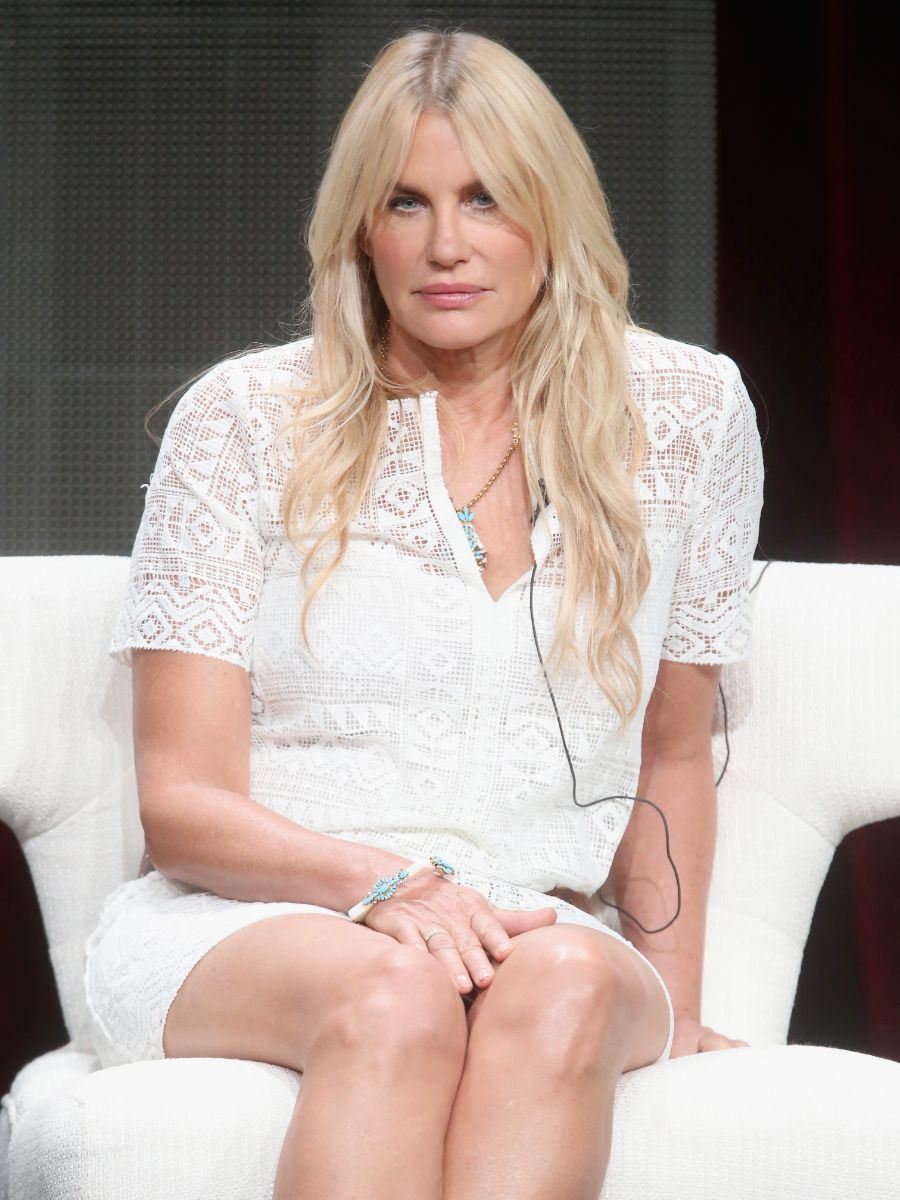 Hannah is an American actress who has numerous different roles under her belt, from that of an assassin in the two ”Kill Bill” films to a mermaid in ”Splash.”

Her insomnia led her to become infatuated with film.

Daryl Hannah has been coping with autism since she was a child.

She says that in her youth, doctors wanted to institutionalize her.

She is best known for the series of Shibari installations “Serial Bondage” that incorporates her peculiar fascination with Japanese aesthetics and ritual as well as for the interactive art piece “Photographic Diary” in which she took a series of photographs every day during a year.

In 2013, Govy was diagnosed on the Autism Spectrum.

Currently, she is an advocate for the Neurodiversity Movement.

He is an American high-functioning autistic amateur athlete, in both marathon and basketball, and public speaker.

He is an American stand-up comedian, writer, producer, actor, and director who is best known for playing himself in Seinfeld, an American television sitcom that ran for nine seasons on NBC.

“I think, on a very drawn-out scale, I think I’m on the spectrum. Basic social engagement is really a struggle.”

”I’m very literal, when people talk to me and they use expressions, sometimes I don’t know what they’re saying. But I don’t see it as dysfunctional, I just think of it as an alternate mindset.”

He is an Australian athlete, artist, and author who is best known as the co-founder of Absolutely Awetistic Arts and for his colorful depictions of contemporary Melbourne life.

She is a consultant to the livestock industry on animal behavior, American professor of animal science at Colorado State University, and autism spokesperson.

Temple Grandin was diagnosed with autism in her 40’s.

He is an Australian artist, known mainly for his self-portraits and pastel drawings.

Julian was diagnosed with autism at the age of 2 and was supported by his parents, who claimed that his diagnosis had ‘cemented’ their family.

Moreover, Julian Martin attended a program for special-needs children, however, he did not start making art until about the age of 10.

He is an American television, film, and voice actor.

Labyorteaux may be best known as the voice of Jaden Yuki in Yu-Gi-Oh! GX from 2005–08 as well as for portraying Albert Quinn Ingalls on “Little House on the Prairie” from 1978–83.

Matthew Labyorteaux was diagnosed with autism and he didn’t walk until he was 3 and did not start talking until he was 5.

He is the author of the 2007 memoir Look Me in the Eye, detailing his life with savant abilities and undiagnosed Asperger syndrome.

He is a director, producer, and screenwriter who is best known for films such as Edward Scissorhands and Beetlejuice, that blend themes of horror and fantasy.

“You start recognizing the signs. We were watching a documentary about autism and he said that was how he felt as a child,” said Tim Burton’s long-time partner, Helena Bonham-Carter.

He is an American autistic lecturer, poet, author, singer-songwriter, and international speaker.

Thomas is a celebrity among the autism community for his dedication to families and individuals affected by pervasive developmental disorders.

He was diagnosed with autism in 1979 when he was 14 years old. Also, McKean was institutionalized in a psychiatric facility for 2 years.

She is an American artist who was diagnosed with “classic” autism in 1991.

Kim Miller began creating artwork at the age of 3 1/2 years old before she could functionally speak.

Sickle cell anemia, also known as sickle cell disease, is an inherited blood disorder which causes periodic episodes of pain, chronic anemia, and other complications. People of sub-Saharan African descent are most...

Sharp or Stabbing Pain In Ovaries When Coughing or Sneezing: Reasons

Ovaries are the female gonads, the main female reproductive organs. The size of the ovaries changes depending on the woman’s age. For instance, they shrink after menopause and are larger during the reproductive phase...

Tourette’s syndrome (TS) is a condition which causes an individual to make involuntary movements and sounds called tics. This neurological disorder most commonly begins between the ages of 5 and 18 and lasts...

PTSD is a mental health condition marked by flashbacks, severe anxiety, and uncontrollable thoughts about a terrifying event. Post-traumatic stress disorder generally occurs as a result of an individual experiencing a...

Human papillomavirus (HPV) is one of the most frequent STIs (sexually transmitted infections) worldwide. Every day in the United States, over 12,000 individuals ages 15 to 24 are infected with human papillomavirus. HPVs...

Epilepsy is a neurological disorder that takes the form of recurring non-convulsive or convulsive seizures.  It affects each person differently. Some people have only a few seizures. It is estimated that around 50...

Plasma is the liquid part of blood, containing about 92 percent water as well as essential proteins and antibodies that help fight infections. The protein found in the highest concentration in plasma is albumin, a...

Salmonella bacteria are some of the most usual causes of food-borne illnesses. Symptoms of infection include fever, diarrhea, abdominal pain, vomiting, and nausea. List Of 30 Interesting Facts About Salmonella Bacteria...

Cystic fibrosis is a multisystem autosomal recessive genetic disorder which results in a persistent lung infection. Children with CF may also have trouble growing and gaining weight. The majority of people with the...

38 Interesting Facts About Syphilis And Its Symptoms In Men & Women

Syphilis is a sexually transmitted disease (STD) that is caused by infection with the bacterium Treponema pallidum. It can cause serious health sequelae if not adequately treated. Check out our 38 interesting facts...

Previously known as multiple personality disorder (until 1994), dissociative identity disorder is a condition in which an individual has two or more distinct personalities or identity states, that may alternate within...

Gonorrhea, also called the “clap” or the “drip,” is a sexually transmitted disease (STD) which can infect both women and men. It is caused by the Neisseria gonorrhoeae bacterium. It mostly occurs in parts of the body...

Pneumonia is a lung infection that is caused by germs, like – viruses, bacteria, and fungi. It affects individuals of all ages, however, it occurs most often in children and the elderly.  The infection causes...