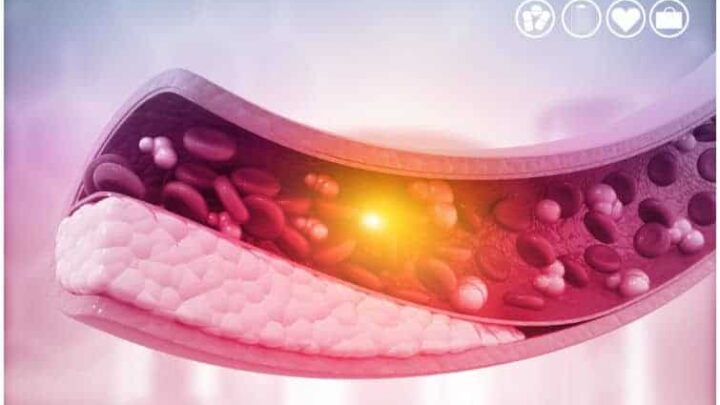 Atherosclerosis is a generic term which refers to the hardening and thickening of the arteries – the blood vessels which bear the full force of each heartbeat.

The most common locations for atherosclerosis are:

#1 In the US, 7 percent of women aged 65 or older have carotid arteries which are more than 50 percent blocked by atherosclerosis. About 8.5 million Americans have peripheral arterial disease. Also, 1 of every 13 people in the United States aged 18 years and older has coronary artery disease.

#2 Worldwide, cardiovascular diseases take the lives of over 18 million people per year. In Spain, hardening of the arteries is responsible for over 125,000 deaths every year.

#3 It occurs when your arteries become clogged with fatty deposits, causing them to become narrower.

#4 If modifiable risk factors are addressed properly, it is estimated that around 90 percent of the atherosclerotic disease burden may be preventable.

#5 Risk factors for hardening of the arteries include:

#6 Even small calcium deposits in the arteries of children and adolescents can predict an early heart attack within several decades, according to a study published in the journal JAMA Cardiology.

#7 As hardening of the arteries progresses, clogged arteries can trigger a stroke or a heart attack, with the following symptoms:

#8 Note – about 50 percent of people who have severe atherosclerosis experience no symptoms.

#9 Over time, hardening of the arteries can lead to:

#11 The goals of treatment include:

#12 Medications to treat hardening of the arteries are prescribed based on other underlying conditions you may have and the location of the enlarged blood vessels. Medications can include:

#13 These essential fats can help protect the heart from atherosclerosis. Best foods high in omega 3 are flax seeds and chia seeds.

#14 Both contain allicin, an organic compound that lowers the levels of LDL cholesterol in the human body.

#15 It can lower the levels of total and LDL cholesterol.

#16 It contains curcumin, a bright yellow chemical that improves blood circulation in the arteries and prevents damage to the walls of blood vessels.

#17 According to a 2009 study, hawthorn reduces the levels of blood fats.

#18 Prognosis is good when hardening of the arteries is treated early with medicines, healthy lifestyle changes (nutrition, exercise, sleep), or medical procedures.

#19 Lifestyle changes will reduce your risk of atherosclerosis. Things you can do include:

Famous People Who Died Of Arteriosclerosis

#20 Some of the famous people who died of hardening of arteries are: