How Much Caffeine Is in a Cup of Coffee? 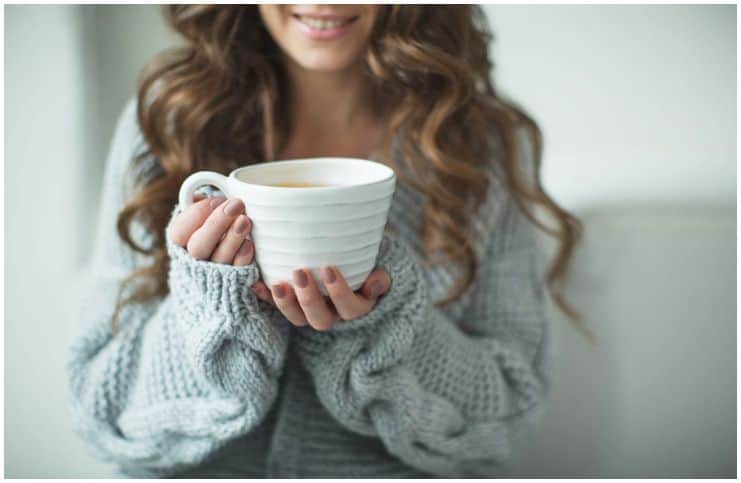 Is Coffee Good For You?

People who drank 6 cups of coffee a day had a 33%  lower risk of developing type 2 diabetes mellitus than people who drank no coffee, according to a 2014 meta-analysis published in the journal Diabetes Care that was led by scientists from Harvard.

Drinking 2 shots of coffee per day improves your memory consolidation, as per a study which was conducted by neuroscientist Michael Yassa, from the University of California. As a result, your long-term memory will improve considerably.

A report from the British Liver Trust reviewed all the literature and established, along with the WHO, that coffee significantly reduces your risk of liver cancer.

Drinking at least 1 cup of coffee per day can lessen the risk of suffering from a stroke, according to a Swedish study that was conducted by Susanna Larsson. This result is believed to be due to the strong antioxidant properties of coffee.

Moreover, coffee can help people who suffer from depression, a medical illness which negatively affects how you feel, how you act, and the way you think. It does this by boosting brain activity as well as it significantly stimulates your mood into something that is easier for you to work with.

In addition to all these benefits, the antioxidants in coffee can help in:

But, How Much Caffeine Is in a Cup of Coffee?

Note – the amount of caffeine in a cup of coffee depends on the size of the cup you’re using and the type of coffee you are drinking.

A latte is similar to a cappuccino, however, it has more steamed milk and less foamed milk. This creates a creamy, velvety texture which blends well with the intensely flavorful and concentrated espresso creating a harmony of flavors.

The standard latte is prepared in an 8 oz. cup, and it contains the following ingredients:

Decaffeinated is coffee from coffee beans which have had at least 97 percent of their caffeine removed. It can be an amazing option for people who are sensitive to caffeine.

The two current methods of decaffeinated coffee are the carbon dioxide extraction method and the Swiss water method.

Note – the nutritional value of decaf coffee should be almost identical to regular coffee, apart from the caffeine content.

Instant coffee is a type of coffee that is made from dried coffee extract. To make the drink, all you need to do is add a spoon of powder into your cup and add hot water. Instant coffee may even account for more than 50 percent of total coffee consumption in some countries.

Note – instant coffee contains higher amounts of acrylamide, a chemical which forms during a reaction between sugar and amino acids while heating certain foods. Studies in rodent models have concluded that acrylamide exposure notably increases the risk for several types of cancer.

Here is a rough estimate of the caffeine content in McDonald’s brewed coffee:

Espresso is a full-flavored, concentrated form of coffee that is served in “shots.” The shorter period of water exposure draws out less acid than other brewing methods while still retaining 60 to 70 percent of the caffeine in the final cup.

Types of espresso shots include the following:

Despite its name, decaffeinated coffee still contains some caffeine.

Brewed coffee is made by pouring hot water onto ground coffee beans, then allowing to brew. Individuals can make brewed coffee numerous different ways, typcially using a percolator, a filter, or a French press.

Starbucks has become a synonym for coffee! The siren of the famous Starbucks logo is intended to represent the seductive power of coffee, with her hair covering any hint of immodesty.

Starbucks currently has 24 drinks on its ever-changing menu, and infinite ways to customize them. Here is a list of the caffeine content in several types of coffee you can drink in Starbucks:

The decaffeinated coffee at Starbucks contains some caffeine (between 15 and 30 mg), however, it depends on the size of the cup.

The larger sizes are made up of two smaller cups, that contain between 150 and 225mg of caffeine.

Dunkin’ is an American multinational coffee company and quick service restaurant. The caffeine content of a medium cup (14 oz) of some of the coffee drinks on offer at Dunkin’ Donuts is as follows:

Excessive amounts of caffeine intake have the potential to lower iron levels in the body, causing anemia (a condition in which you don’t have enough healthy red blood cells) to develop or become exacerbated if pre-existing.

The FDA suggests that 4 to 5 cups of coffee a day (around 400 milligrams of caffeine) is safe to consume regularly. But, if you consume more than the recommended amount, you may experience:

This article reveals the differences between thyme and oregano: Thyme It is the leaf in the mint family – Thymus vulgaris. It has been used in ancient times in countries such as Egypt and Greece for various...