It is a brand of crackers that was first introduced in 1921 by the Green & Green Company, then located at the corners of Concord and Cincinnati streets.

Presently, this brand of crackers is owned and manufactured by the Kellogg Company through its Sunshine Biscuits division.

With 2017 sales of $14 billion and more than 1,600 foods, Kellogg Company is the world’s second-largest producer of savory snacks and crackers and the leading cereal and frozen foods company.

Cheese Nips, originally stylized as “Cheese-Nips,” are small cheese-flavored crackers that are manufactured by Mondelēz International under the brand – Nabisco.

Today, Cheese Nips is the biggest rival of Cheez-Its.

The modern cracker is a combination of vegetable oil, wheat flour, paprika, cheese made from skim milk, yeast, and salt. It is available in more than 25 flavors.

Common ingredients found in these crackers include:

Each serving of 30 grams contains:

These crackers are made in reduced-fat cheddar, cheddar, and four cheese (parmesan, romano, cheddar, mozzarella) flavors.

Common ingredients found in these crackers include:

Each serving of 30 grams contains:

Maltodextrin is used as a filler, thickener, or preservative in a variety of processed foods.

Maltodextrin is actually an artificially produced white powder which can be enzymatically derived from any starch, most commonly made from rice, corn, tapioca, potato, or wheat.

The consumption of maltodextrin has similar health risks and side effects as most food additives.

These side effects may include:

In addition, maltodextrin can irritate the stomach, particularly in people prone to conditions such as – inflammatory bowel disease. Furthermore, it is believed to increase bacterial adhesion (the initial step in colonization and biofilm formation) and could substantially raise your risk of developing conditions like Crohn’s disease. Crohn’s disease can cause ulcers in the colon, small intestine, or both. Also, the condition may cause obstruction of the small intestine.

Disodium inosinate, commonly added in fast and junk foods, is a disodium salt of the inosinic acid which makes the food more flavorful.

It is produced by fermentation, typically of tapioca starch, but, it can come from other vegetable sources as well.

Note – asthmatics and gout patients must avoid foods that contain disodium inosinate since it is metabolized to purines (substances in animal and plant foods which the human body converts to uric acid).

Also, disodium inosinate shouldn’t be given to babies under 12 weeks of age.

Yellow 5, also referred to as E102 or tartrazine, is widely used in the making of jams, potato chips, drinks, candy, and pet food. Yellow 5 has a few known side effects in humans.

For instance, it was found to cause changes in the behavior of children, like – hyperactivity and loss of concentration, especially when combined with benzoic acid.

Moreover, tartrazine may cause allergic reactions in some people, specifically in people suffering from aspirin intolerance or asthma. Its symptoms include swelling of the tongue, lips, throat, and neck and hives.

It is derived from an amino acid called glutamic acid, that occurs naturally in foods like aged parmesan cheese, mushrooms, and fermented soybean products.

Common side effects of consuming foods which contain monosodium glutamate may include:

Monosodium glutamate is also an excitotoxin (a class of chemicals that overstimulate neuron receptors), which means it overexcites your cells to the point of damage, potentially worsening learning disabilities and causing brain damage to varying degrees.

High-fructose corn syrup is a sweetener produced from corn starch (the starch is obtained from the endosperm of the corn kernel) which has been processed by glucose isomerase to convert glucose into fructose. It is widely used as a sweetener.

The problem is that high-fructose corn syrup is very hard for the human body to digest. In addition, it is not easily metabolized by the liver, leading to fat deposits on the liver.

Note – one of the main reasons HFCS has become such a common ingredient in the United States is the price. It is much cheaper than table sugar.

Cheez-It vs Cheese Nips – Do They Have Real Cheese?

The answer is yes; they both contain cheddar cheese. 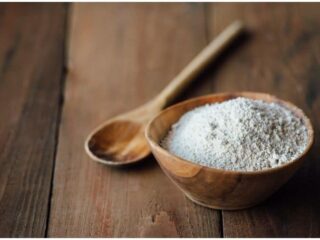 I have always liked Cheese-Nips better than cheeZits!