Clotrimazole vs Miconazole – Which Is Better For Yeast Infection?

Candida albicans is a yeast-like fungus which is usually found in the vagina, mouth, and intestinal tract.

Yeast infections are caused by an overgrowth of these fungi.

Typical areas affected are the lining of the mouth, the armpits, the groin, the spaces between toes and fingers, on an uncircumcised penis, the nails, the skin fold under the breasts, and the skinfolds of the stomach.

There are some factors which can contribute to the fungi growing more than they should:

How Is It Treated?

You can use an antifungal cream, or a suppository which you put into your vagina, or antifungal tablets which you swallow.

Yeast infections in the skin folds can be treated with anti-yeast powders.

Here is a comparison of two common antifungal medicines:

It is an anti-fungal medication that can be either applied as an ointment to the skin or can be taken orally. It was discovered in 1969.

It is a man-made imidazole antifungal that has a broad spectrum of activity against non-albicans Candida species and Candida albicans.

It is commonly used to treat yeast infections of the skin (like – jock itch, athlete’s foot), mouth (the most common human fungal infection of the oral cavity), and body (ringworm).

Also, it is used for vulvovaginal candidiasis (a condition that affects up to 75 percent of women of child-bearing age at least once in their lifetime).

Moreover, this antifungal has proved to be useful as an intranasal infusion in the treatment of nasal aspergillosis.

It has been used successfully in the treatment of onychomycosis (also known as tinea unguium), pityriasis versicolor, vaginal candidiasis, tinea pedis, and systemic mycoses.

Note – its resistance in chronically treated sufferers is rarely reported. Also, this medicine can cross the blood-brain barrier to some extent.

These antifungals work by stopping the fungi from producing a substance that is a crucial component of fungal cell membranes, called ergosterol.

The absorption of these agents from the gastrointestinal tract is low.

Common side effects associated with this medicine include:

Call your healthcare provider at once if you have a serious side effect like:

The most common adverse events associated with this antifungal include:

Call your healthcare professional right away if you have a serious side effect like:

Note – severe gastrointestinal disturbances and other side effects could occur in case of acute overdosage.

No serious systemic toxicity resulted from intrathecal or intravenous miconazole treatment, according to studies.

No pharmacokinetic studies on this antifungal have been done in neonates and young infants.

Clotrimazole – apply to the affected and surrounding area twice a day. Discontinue if irritation or sensitivity occurs.

Miconazole – apply once or twice a day as a 2 percent cream, lotion or powder. The duration depends on the severity and nature of the infection.

This antifungal medicine should not be used if you are allergic to one or any of its ingredients.

Wash your hands before and after using it. Avoid getting this antifungal in your nose, eyes, or mouth.

Do not take this antifungal by mouth.

Before using this medicine, tell your doctor if you are allergic to it.

These medicines are typically used topically and vaginally, meaning that the medication does not get properly absorbed into the body.

Hence, drinking any type of alcoholic beverage will not interfere with these agents.

These antifungals may interact in a negative way with the following medications:

It is not known whether this medicine passes into breast milk or if it could negatively affect a nursing infant.

Also, it is not expected to harm an unborn baby.

However, it is recommended to tell your doctor if you are pregnant before starting treatment with this antifungal.

It is not known if the medicine passes into breast milk and negatively affects the breastfed baby.

But, it is recommended to tell your healthcare provider if you are breastfeeding a baby before starting treatment with this antifungal.

It should not be used during pregnancy (especially in the third trimester) unless the potential benefit to the mother substantially outweighs the potential health risks to the developing fetus.

Conclusion – Clotrimazole vs Miconazole – Which Is More Effective For Yeast Infection?

Clotrimazole is used to treat jock itch, athlete’s foot, ringworm, and vulvovaginal candidiasis. It is available as a spray, as a cream, and as a topical solution.

This antifungal works by inhibiting the synthesis of an essential component of the fungal cell membrane.

Both medicines are antimycotics which belong to the family of imidazole derivatives. Both agents have potent and broad antifungal activity.

As per a 1989 study that was conducted on 200 patients with superficial mycosis during a period of 12 weeks, both medicines were found to be an effective cure, however, clotrimazole showed slightly earlier response than miconazole. 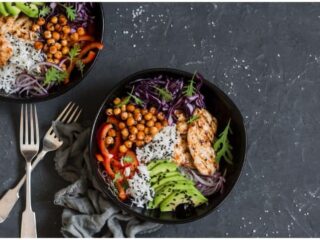