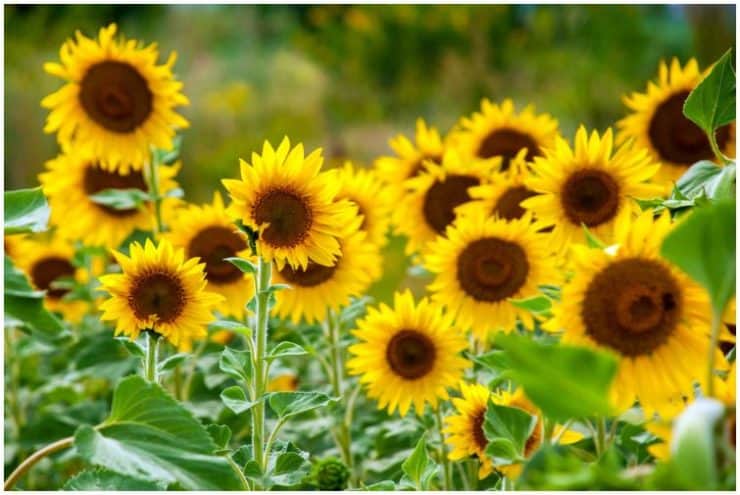 This technique is a cost-effective, plant-based approach to remediation which takes advantage of the capacity of plants to concentrate compounds and elements from the environment and to metabolize different molecules in their tissues.

This process is useful for both inorganic (e.g. metals, nutrients) and organic (e.g. pesticides, fuel byproducts) contaminants. According to the data, plants were used for the treatment of wastewater for at least 300 years.

Moreover, this technique is eco-friendly, aesthetically pleasing, and solar energy-driven technology which has amazing potential for the stabilization of industrial waste. This is important since the overall cost of cleaning up contaminated soil in the European Union is estimated to be around €10 billion.

There are a few types of phytoremediation mechanisms, such as:

Biological hydraulic containment occurs when some plants, such as poplars, draw water upwards through the soil into the roots and out through the plant.

With this process, contaminants are taken up into the plant tissues where they are biotransformed.

In this method, plants take up water containing organic contaminants and release the contaminants into the air.

Rhizofiltration, also known as hydroponic systems for treating water streams, is a process that is either carried out by plants that are grown in contaminated surface water or plants which are raised in a greenhouse. In this phytoremediation type, the plant roots store contaminants from surface groundwater or water.

Some compounds are bound into the plant structure to create a stable mass of plant.

Some of the pros of phytoremediation include:

Sunflowers are native to the Americas. They have been used for dye, medicine, oil, and food. Common sunflower is from the family Asteraceae, the family of daisies and its botanical name is Helianthus annuus.

Sunflowers were planted around the Chernobyl region to remove some of the radioactive isotopes released by a nuclear plant meltdown.

In addition, according to a study, the common sunflower accumulated 2.5-fold more metal (i.e., Zn) in their biomass than was present in the soil.

It has been identified that Chinese mustard is a high biomass rapidly growing plant with the attribute to accumulate Cadmium in its shoots.

Pteris vittata is indigenous to southern Europe, Asia, Australia, and tropical Africa. It is a fern species in the Pteridoideae subfamily of the Pteridaceae. The phytoextraction of contaminated soil with arsenic (a chemical element with symbol As and atomic number 33) by the plant resulted in a decreased arsenic content in rice grain.

It is a flowering plant in the family Brassicaceae and is found in Europe and Scandinavia. It grows on forest margins, dry hillside meadows, gardens, banks, pastures, lawns, field margins, or bare places.

Thlaspi caerulescens possesses a high resistance to Zinc and accumulates high Zinc concentration in its shoots.

It is a perennial herb found in subtropical and tropical regions. Mirabilis jalapa, also referred to as Four o’clock, is native to tropical South America. It got its name as it opens in mid-afternoon and remains open overnight, but closes in the early morning.

This plant has a long history of cultivation and uses around the world. For instance, it has been recorded around habitation areas and on waste ground.

Four o’clock is a widely spread species which can be applied to phytoremediation of ≤10, 000 mg/kg petroleum contaminated soil. This is good news since soil contaminated with petroleum causes environmental problems and has become an important hazard to human health.

It is a cereal grain which is part of the family of grasses. In the present day, barley is one of the most widely consumed grains worldwide, however, it was one of the first cultivated grains in history.

According to a study, this grain is a suitable choice for phytoremediation of a petroleum-contaminated soil.

The plant is used in horticulture and its flexible branchlets are used in basketry. It is a non-native shrub which is originally from Asia and Europe.

As per a 2013 study done at the Department of Chemistry, Poznan University of Life Sciences, Poland, there is a general increase in copper accumulation by selected willow organs.

It is a genus of 6 to 17 species of flowering plants in the family Paulowniaceae. The trees grow fast, putting on around three feet of height every year.

Paulownia is an effective species for phytoremediation due to high biomass productivity, according to a 2015 study published in PubMed.

Apocynum cannabinum, also known as amy root, dogbane, prairie dogbane, hemp dogbane, rheumatism root, Indian hemp, is a perennial herbaceous plant which grows throughout the United States and in the southern half of Canada.

It is a phytoremediation plant that is used to sequester lead in its biomass.

It is a species of grass that is native to the Azores, northern Africa (i.e. northern Libya, northern Algeria, Tunisia, and Morocco), western Asia and Pakistan, and all of Europe.

The plant is used as an ornamental grass in gardens, as well as for phytoremediation. Furthermore, it is an important forage grass throughout Europe.

According to research, Festuca Arundfinacea indicates good usefulness for phytostabilisation of soils that are characterized by a relatively small pollution by cadmium.

This article reveals the differences between mulberry and blackberry: Mulberry Mulberry is a berry of the Morus alba tree. The mulberry tree belongs to the Moraceae family and is closely related to...